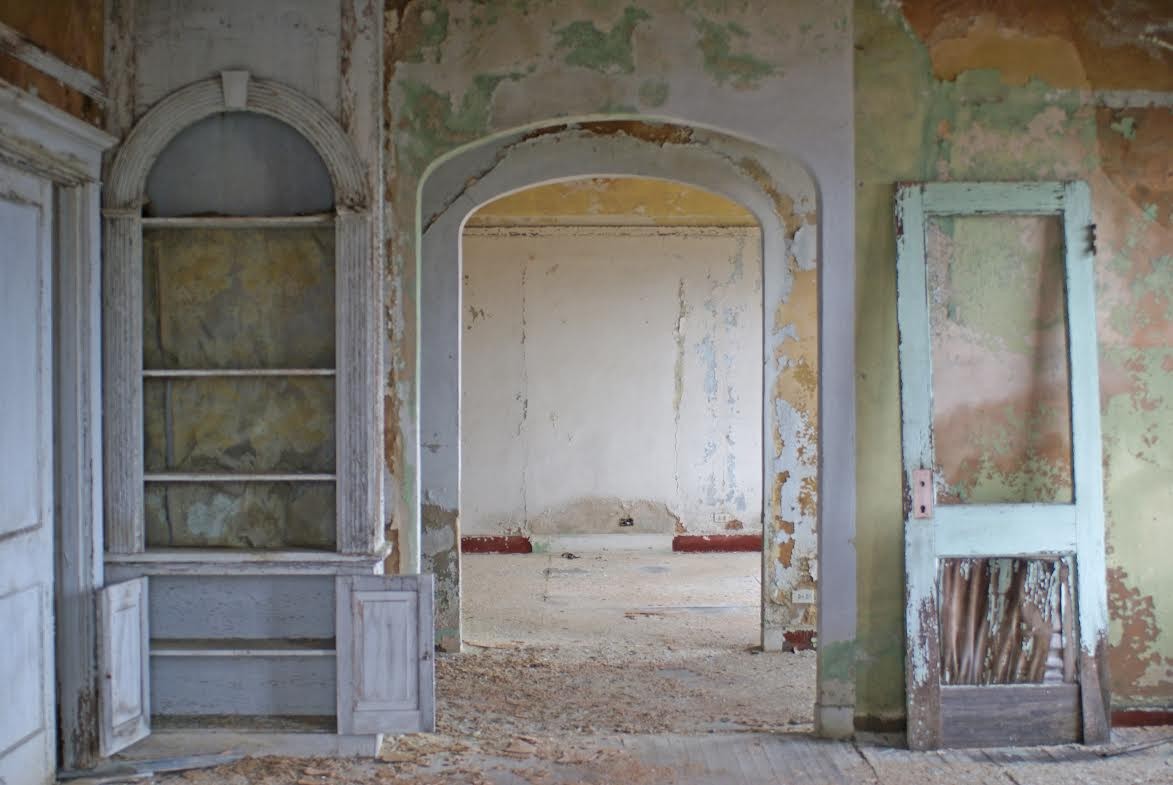 In the hope their work will encourage a preservation effort, Rita Henry and her fellow photographers in the Blue Eyed Knocker Photo Club have taken it on themselves to record the ruins of the 100-year-old Hotel Pines in Pine Bluff, a once-luxe spot designed by George Mann and decorated by Paul Martin Heerwagen. An exhibition of their photographs and a documentary video, “100 Years of Light Through the Pines,” runs noon to 5 p.m. Monday through Saturday, Nov. 3-8, at the High Cotton Event Center, 220 Barraque St. in Pine Bluff.

A reception for the photographers will be held 2 p.m. to 5 p.m. Saturday.

There will be original 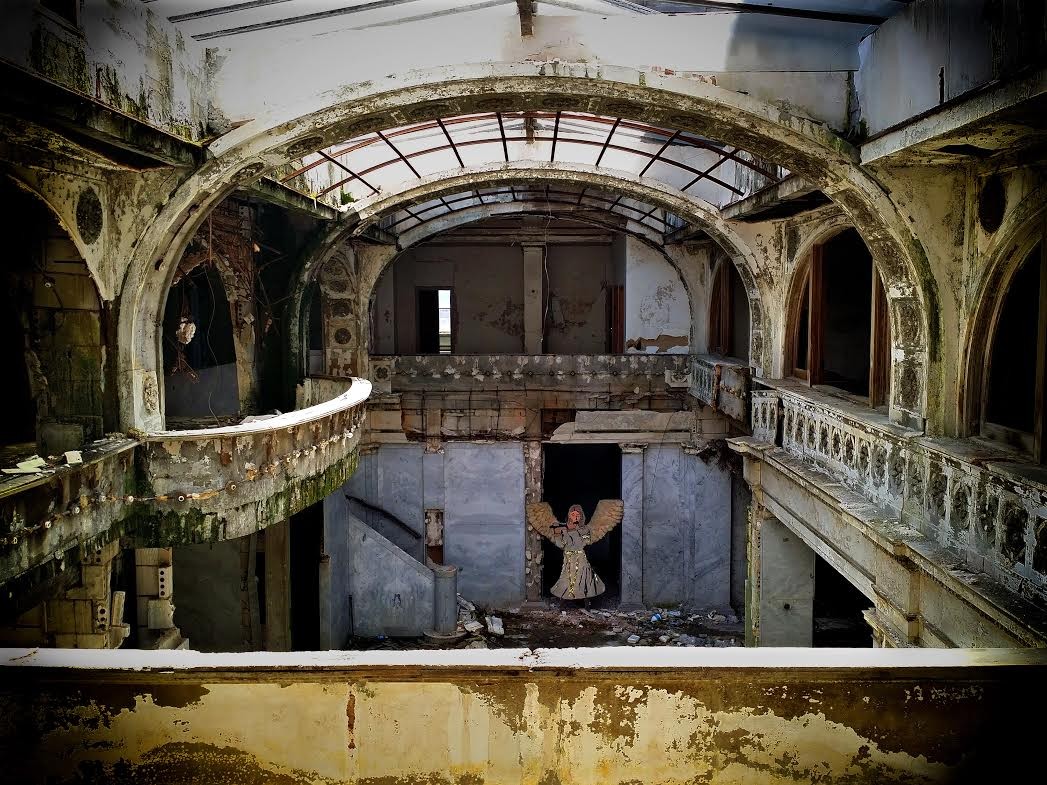 blueprints on hand at the exhibition, along with designs for adaptive reuse by 19 students in the Design Program of the University of Arkansas Fay Jones School of Architecture. There will also be handouts from Vanessa McKuin, the Historic Preservation Alliance of Arkansas, and Antoniette Johnson of Johnson Consulting.

The Blue-Eyed Knocker Photo Club photos “reflect the rich history, architectural significance and current state of decline in the landmark hotel, which opened in 1913 and closed in 1970,” a press release from the club says. Its efforts to draw attention to the plight of the historic structure were the focus of a UALR radio show. “The artists who captured the images entered the structure with permission, but at their own risk.”

Matt Johnson created the 15-minute video, a “walk-through of the structure.” From Henry:

“The first time I entered the hotel, I saw some of the most beautiful light I had ever seen,” Henry said. “The hotel is a prism designed to accentuate natural light. It’s heaven for a photographer.”

Other quotes from the photographers:


“The light reveals the old and the new,” photographer Benjamin Krain said. “Entering the building sent me through a portal to a distant place far away from Arkansas, with movie-set-like aesthetics and an apocalyptic presence.”

Photographer Brandon Markin said, “I felt the rush of discovery — the thrill of looking at something magnificent that had suffered, but still retained a fundamental beauty the looters hadn’t destroyed.”

Another photographer in the group, Cary Jenkins, described the subjects of her images as “paint peels and flakes, plaster cracks and crumble — the marble lobby lighted by a large skylight, the intricate arches and balconies — not only alluring but breathtaking in beauty and an air of disrepair.”

The Hotel Pines is a six-story, U-shaped building offering unique views of Pine Bluff. Michael Hibblen, a photographer, recalls “I was struck by the thought of how many people, from all levels of society, stayed in luxury suites or dorm-sized rooms who observed vastly different activity on the streets of Pine Bluff as they looked through its windows over the 60 years it was opened.”

Photographer Rachel Worthen added, “The Hotel Pines is a building from a bygone era. To see the disintegration in real time is what called to me as a photographer and an Arkansan.”

Carla Koen, a photographer who grew up in Pine Bluff, knows the city and hotel well. “The Hotel Pines makes me wonder what could have been– just before the deterioration.” she said. “The only story now is one of a beautiful and beloved hotel that lost her fans and her beauty, and now stands as a reminder to us to take care of what we have now. It is like a conversation with a wise old woman.”

Photographer Cindy Adams said she hoped “to make one wonder what stories the old hotel would share with us if it could speak.”

Photographer Ann Bryan Ballard, also a historic preservation instructor at the University of Central Arkansas at Conway, added. “It was like attending a funeral of a historic artifact. My photographs speak a eulogy of the building.”

Need directions? Here they are:

U.S. 65B/Martha Mitchell Expressway goes in front of Lake Pine Bluff and the Courthouse. Take Walnut Street off 65B then turn left (at liquor store) and the corner of the next block is the “High Cotton” event hall, 220 W. Barraque, a two-story white brick building with black trim.