There’s a lot going on with the Central Arkansas’s beer scene as the holidays and winter creep up on us. Winter usually signals a lot more stouts filling the tap handles along with more events and new beer releases to get some of your holiday dollars. I thought maybe it would be a good time to hit some upcoming highlights so here’s a six-pack of updates, because you know how I love six-packs.

* Diamond Bear releases their new beer, Willie’s IPA, on Tuesday at the brewery. It was the beer named Best of Show out of over 40 entries at the 2014 Great Arkansas Beer Festival’s home brew contest earlier this year, from Willie Reyenga. The North Little Rock brewery also announced their upcoming new Winter seasonal beer in bottles, an Oatmeal Stout, so watch for a release party for that one too soon.

* On Friday, Stone’s Throw Brewing also had its “world premiere” of a new beer, Smokebeard. It’s a traditional rauchbier style, a type of beer that has a distinctive smoke flavor and nose imparted by using malted barley dried over an open flame. I got by the brewery Saturday to try a few and found the 6 percent ABV beer very easy-drinking with a toasted maltiness and nice hints of smoke. Speaking of Stone’s Throw, they’ll also have their debut at the Mellow Mushroom in West Little Rock this Tuesday, starting at 6pm, with three beers on tap and pint glasses to take home.

* It’s a good week to be a New Belgium Brewing fan as the brewery is hosting two different tastings; the first at The Joint in Argenta at 7 p.m. on Tuesday and Thursday at Vino’s. You’ll get to try several of their beers for one low price, like Ranger IPA, Trippel, Accumulation White IPA, Salted Belgian Chocolate Stout & Le Terroir. Check with the venues for more details on these great events.

* On Saturday, Nov. 14, it’s the annual Homebrew for the Holidays, the long running annual showcase for the Central Arkansas Fermenters. Homebrewers from across Central Arkansas will put their work up to the test, with a contest that needs your input, as well as live music and refreshments. This is a free event and starts at 5 p.m. at the Old Statehouse Museum. 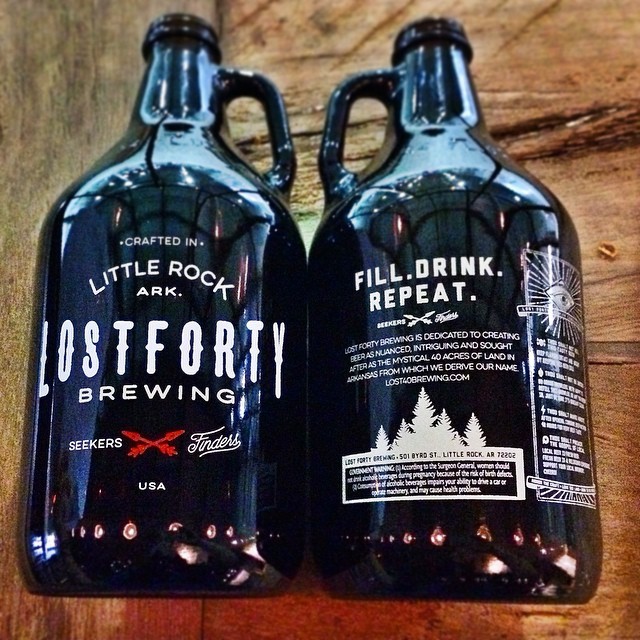 * There’s no beer for public consumption yet from Lost Forty Brewing but there should be very soon. They’ve been posting pictures on their Facebook page of new merchandise and will have some really nice looking new hoodies, T-shirt’s, hats, stickers, glasses, growlers and coasters for sale in their taproom, which it sounds like we may be sitting in for some beer within the month.

* Blue Canoe Brewing is also hard at work on their taproom, shooting for an early December opening last I heard. Check their Facebook page for plenty of updates on progress as things are really shaping up quickly for the River Market brewery.

In the meantime, there are a whole lot of new beers coming in from distributors every day for the holiday season so visit your favorite place and see what’s on the shelves.