My wife Grace recommended Ann Patchett’s “State of Wonder” to me. Here is what Grace said on her blog: “This book has everything I like a book to have: an original and complex female character, intrigue, and weird science. Don’t want to give away the plot, so I’ll just say this: Amazon rainforest, hallucinogenic mushrooms, pregnant women.” Sounds promising, so I gave it a whirl and it is indeed a doozy. I happen to know that most of the dozens of you reading this now are hankering for page-turner literary fiction. Some of my favorite books are slogs; some sweep my off my feet. This is a sweeper. Like you’ll wake up in the morning and grab it and not get out of bed for breakfast, even if you’re hungry. It’s a dreamy caper, a heady trip. — David Ramsey

The future of music is very obviously (and literally) holograms. Like Hatsune Miku, one of the most famous pop stars in Japan, who “has been 16 for the past seven years.” This doesn’t mean it isn’t sometimes fun and engaging to commemorate our collective past, in which music was performed by living humans. That’s what Domino Records has done with their new release, “Different Every Time,” a compilation of songs by Robert Wyatt, the former drummer for Soft Machine who began a solo career in the 1970s.

Maybe Wyatt’s best and best-known and most powerful album is 1974’s “Rock Bottom.” At a party the previous year, he had fallen out of a fourth-floor window and been paralyzed from the waist down. In the wake of that, he made this — a really gorgeous and expansive, but also neurotic and unsettling record. It sounds like nothing else. Or that’s not true: It sounds like reading Lewis Carroll while running from a swarm of bees. Or like “Dark Side of the Moon” played from memory by Aleister Crowley and Hal from “2001: A Space Odyssey.” It reminds me of what having a fever feels like. But good. — Will Stephenson

After years of wishing and false starts, Little Rock’s cruddy North Main Street is finally seeing much needed improvements. Meanwhile, South Main is a growing strip of chic shoppes, and formerly-sad Midtown has a Chipotle! All this gentrification is enough to make my head spin, given that I’m old enough to remember when the hottest thing going on Main Street was the occasional fistfight over a bottle of ripple.

The only problem with all these businesses is that they need a hip and with-it name to draw in the sweet “I’m quirky and own a glue gun” cash. With that in mind, I direct you to The Hipster Business Name Generator. Selling throw pillows screenprinted with pulp novel covers? How about Anchor & Throne? Running a two-barrel craft brewery? Nothing says beer like: Pocket & Ash. Finally getting that vegan cupcake shop off the ground? How’s Writer & Wrench grab you? Or try this one on for size, like a pair of your granddad’s north-of-the-belly-button corduroys: Saddle & Spool! Mind blown? They’re all there for the taking, kids. Just keep clicking that button until your find one that speaks to your heart (and which will look good platen-press printed in typewriter font on brown paper), – David Koon 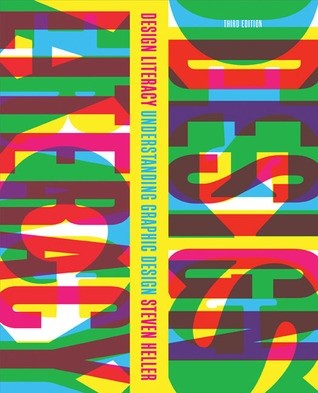 You may be a professional graphic designer. And you may make a good living from it. But perhaps you sometimes ask yourself, “I sure do a bunch of design, but how come I feel like I don’t know anything about it and consequently so hollow inside?” It may be that you are designing without context. You don’t know your roots, what made you and your colleagues what you are today. If that is the case, I recommend reading “Design Literacy” by Steven Heller. It is exactly what it sounds like. Be warned, there are more words than pictures, no how-to’s, and a lot of straight-up history. That is part of getting literate, designers. — Bryan Moats

I recommend reading the poetry of Annie Dillard, who’s probably best known for her exploration of nature in 1974’s “Pilgrim at Tinker Creek.” I haven’t read that book, although I did read this Eudora Welty review of it, in which Welty noted (with a mixture of praise and slight reproach) that, “there remains something about her wishes which is not quite related to the human world.” Definitely so.

It is true that she’s wild and opaque, but it pays off. Try “Bivouac,” from her first collection, “Tickets from a Prayer Wheel.” The poem is a cascade of primal imagery, disconnected and weird — the sort of predator-prey dream-stuff rippling beneath our conscious minds at the most prosaic of times. There’s no home to be found in the churning world of nature, she seems to be saying — “nature” in the old sense of everything material, not just leaves and deer and stuff but everything everywhere, mankind and all its institutions included. There are no lasting solutions in life, except death. There’s only the occasional rest, and meanwhile the beauty of being alive and kicking, filled with hot blood and all the hungry energy of your mammalian powers of perception. — Benji Hardy