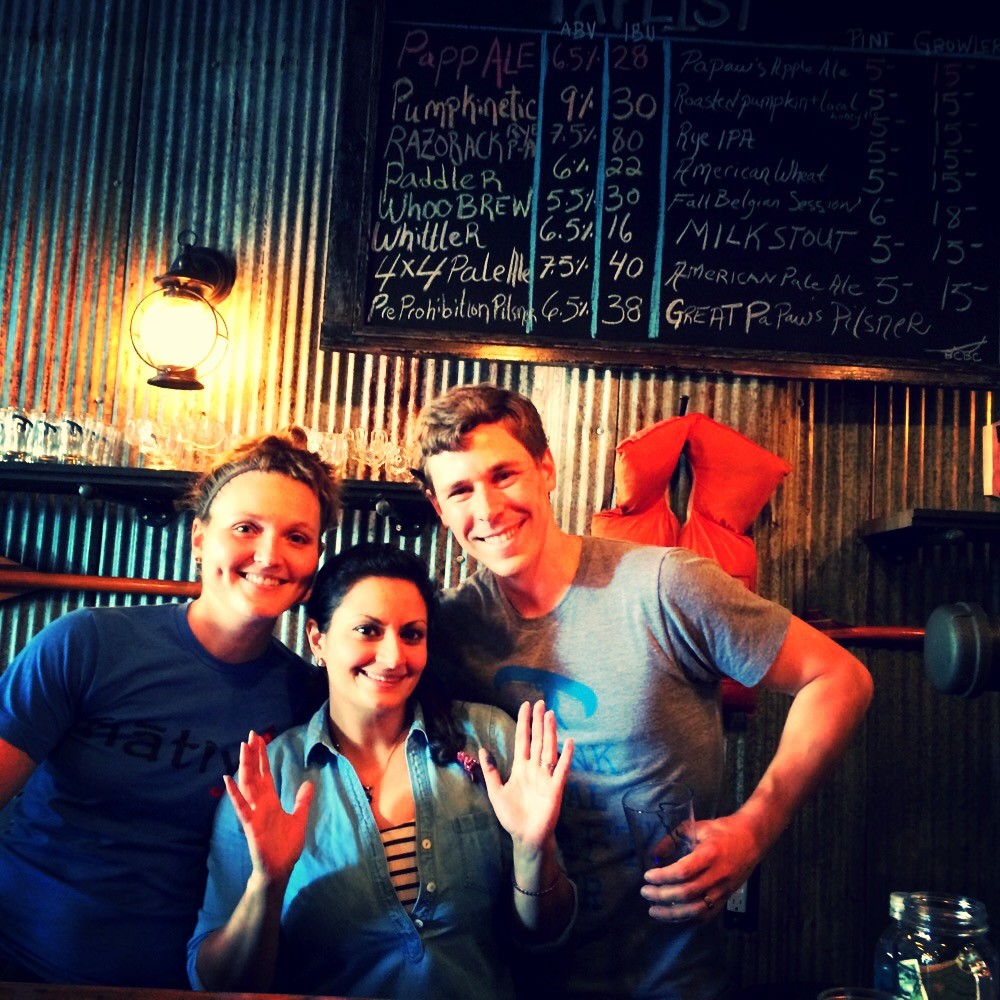 Another brewery entered the booming Little Rock craft beer scene over weekend as Blue Canoe Brewing, next to Andina’s at 425 E. Third St. in the River Market area, opened it’s doors on Saturday. Passing the location many times over the last few months and peeking in the front window, I couldn’t help but wonder what they could do with such a small place. I also hadn’t gotten a chance to try any of their beer at the last couple of festivals they attended and had only heard quick opinions that varied greatly about what to expect. But my first visit shortly after the doors first opened on their first day left me excited to know that we’ve got another great addition to our beer scene in Little Rock.

Owners Patrick Cowan, his wife Ida and Laura Berryhill have created a place that will be on my list for a visit often, with a wonderful, quaint tap room and a nice variety of flavorful beers. They definitely did the most they could with such a small space that might seem tight when there are a whole lot of people in there as there were on opening weekend, but I’m sure when it settles down it’ll actually be about right. It probably seats 20 or so with room for double that to stand I’d guess. Their use of tin and wood gave it a very comfortable feel aesthetically, like I was drinking in some little taproom back in the woods by a river full of canoes instead of a downtown metropolitan area. It’s an escape as soon as you walk in the door. Additionally, the owners added to the comfort level with friendly service, even as swamped as they were on day one.

I tried The Whittler milk stout, a seasonal spiced pumpkin ale called Pumpkinetic, Whoo Brew Belgian Saison and my personal favorite of the four, a rye IPA called Razorback RyePA. They had eight beers available, all their own, on tap and it sounds like that’s about what you can expect year-round. Half of those will be “regulars” and the other half rotating throughout the seasons. There are a lot of variety in the beers so there are plenty of reasons to keep coming back, which I will be.

I’d just like to add how much I love our local beer scene as at one point I was hanging around the back of room just taking it all in and sipping on my beer while noticing there were owners of Rebel Kettle, Leap of Faith and Stone’s Throw Brewing all in there at the same time, showing support and checking things out while spending money. It’s such a great brotherhood and support group our brewers seem to have here in the state and I hope that keeps going.

A brewery like this has it’s own niche. They’re not going to be selling their beer in California or New York anytime soon, nor are they trying to, but they’re our own little gem which you can only get right here in Little Rock. Stop by and see for yourself with a pint at the bar or fill a growler to take home.