It’s Saturday night in Little Rock, and the wife and I are getting ready to head down to Byrd Street for a night of drinking and fun. And if you’re familiar with the lay of the land here, that sentence might read a little strange to you — because Byrd runs right through an area full of old warehouses, a creepy scrap yard, and not much else. It’s as far removed from any of Little Rock’s entertainment districts as can be imagined.

Or it was until Lost Forty Brewing opened, transforming a flavorless industrial space into a packed bar full of merriment and delicious things to eat and drink. It’s another step in the transformation of Arkansas from a beer backwater into a drinking destination.

There was a time, not that long ago, when I could hit every brewery in Little Rock for a growler in the space of about 45 minutes — or far less if I skipped (as I often did) the late and mostly unlamented Bosco’s location in the River Market. Those days are over, and I don’t think there’s a single beer lover in these parts who wants to go back to that “simpler” time. Last summer saw Diamond Bear’s Arkansas Ale House (which I reviewed quite favorably for the Times) open up in North Little Rock, and I still think it’s as fine a pub as I’ve been to. Before that, Stone’s Throw Brewing’s small tap room on the corner of 9th and Rock showed what hard work and dedication can build — and made the most of their small size by partnering with area food trucks to pair edibles with their brews. And of course there’s Blue Canoe Brewing, which I haven’t had a chance to try yet (that 45 minutes has really stretched out).

The Lost Forty space is nice and open inside, with long, family-style tables stretched out parallel to the main bar. A side bar offers a nice view of the brewing equipment — and every single one of these areas was stacked up with people when we walked in the door. Jess found an open seat at the bar, and I just stood — it ain’t the first time I’ve had to do that, and it’s good insurance against overindulging, because when the floor rises up to meet you, you know you’ve had enough. Even with the large crowd, our wait time was minimal, and we opened a tab with a couple of beers faster than I would have imagined possible. Time between ordering drinks and receiving them was also short, and before I knew it, there were two glasses in front of us, one of the Lost Forty Pale Ale and one of their Forest King Stout. Both beers were tasty, although the stout was a lot hoppier than I expect from the style. The pale was spot on, though, rich and crisp with a flavor that opened up nicely as it warmed in the glass.

Along with round one of drinks, we ordered some food — an open-faced bologna sandwich with a fried egg and spicy mustard and a jar of peppery pimento cheese served with celery and flatbread. Both were better than bar food has any right being, especially considering how well the egg was cooked. Again, service was speedy — I watched the cook start my order almost as soon as he had it, and it was piping hot when it landed in front of us. We were there for over an hour and I never saw the crew get even remotely in the weeds, something that’s impressive for any newly opened restaurant, and doubly impressive when the floor is standing room only.

For round two we ordered what wound up being our two favorite things of the night, the Rockhound Imperial IPA and Lost Forty’s “pop up” dessert, a decadent bread pudding served in a miniature cast iron skillet. The IPA was mild in terms of booziness but loaded with flavor, a one-two punch of excellence that we wish more beers in the style could pull off. As for the bread pudding…I never would have considered bread pudding to be suitable bar food, but the first bite of this sweet, spicy dessert with a crunchy nut topping and moist, tender center made me want nothing else to eat but more of it. This dish, as my dad would say, was “musty” — meaning that I “must” have some more.

So after my first visit, it’s safe to say that I’m impressed with the way things are going down at Lost Forty — impressed, but not surprised. The folks at Yellow Rocket Concepts seem to have their finger on the pulse better than anyone in town when it comes to not only what’s trendy, but how to make those trends work. The bar and brewery can only serve as an island of progress in an area of town that most people ignore, myself included. The superior food, drink, and service are almost too good to be true, especially for a joint that hasn’t even hit its one month anniversary, and I can’t imagine what this place will be doing in a year’s time. I expect the future will hold more experimental and seasonal brews, new “pop up” food item specials, and I have to give them credit for one last thing:  the completely free Nintendo PlayChoice 10 machine in the back corner is one of my childhood fantasies come true. Now that’s a bar! 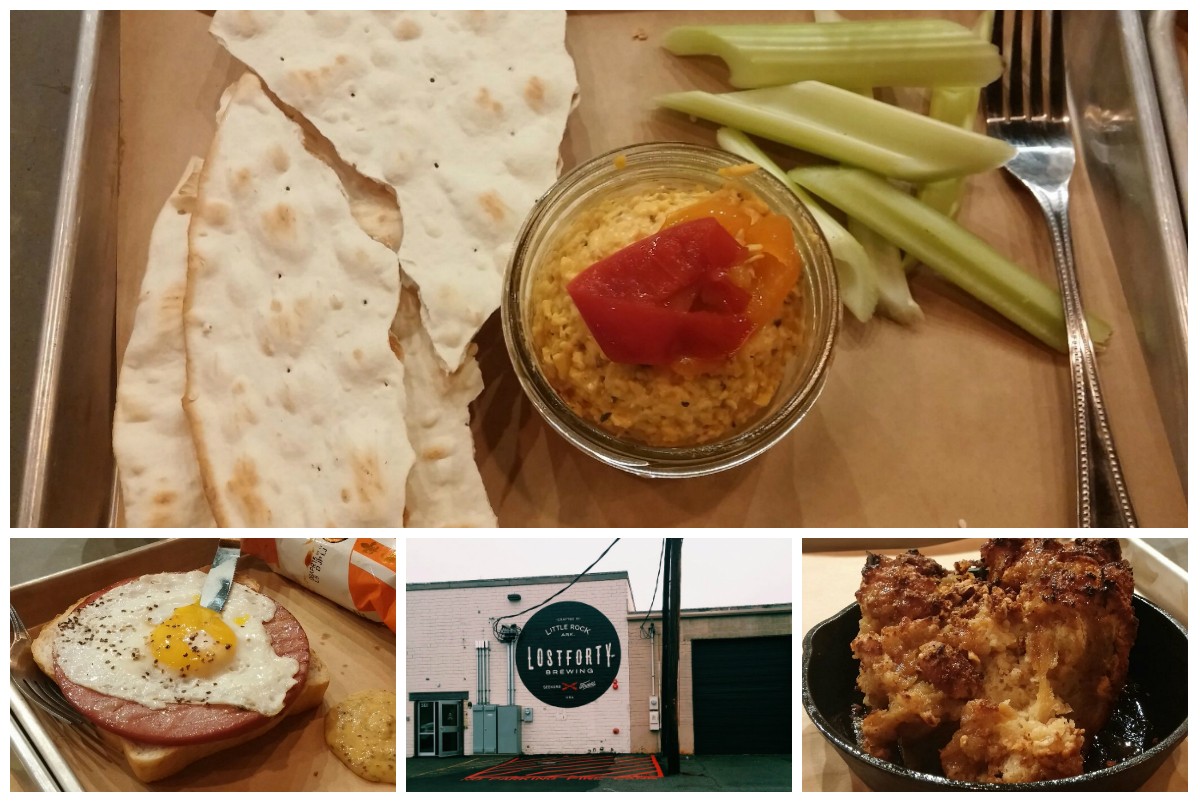