When I talk to people who haven’t been to Little Rock in a few years, they use words like “abandoned,” “dead,” or “wasteland” to describe Main Street. That perception may have been true even until only just recently, but these days the Main Street area is showing that a dormant downtown doesn’t have to mean one that is finished.

The latest sign of this return to relevancy for Main Street is Samantha’s Taproom and Wood Grill, an attractive, modern bar and eatery scheduled to open 4 p.m. Jan. 16. Samantha’s is located in the ground floor of the historic Mann Building in a space that once housed the Blass Department Store. It’s a space that comes with its own long history, most notably as the scene of a sit-in protesting segregation at the store’s mezzanine tea room staged by Philander Smith students Thomas B. Robinson and Frank James Lupper in 1959.

These days, the Mann Building has served as home to several state agencies, but the bottom floor remained in a sad state of disrepair. Business partners Nick Lawrence, Chris Tanner, Kevin Case and Jason Polk saw potential in the space, and decided that a restaurant and bar that could serve quality food and drinks without being overly formal and expensive would be just the right thing — and one look at the Garry Mertins-designed space tells me that they’re on to something.

The remodeled interior of Samantha’s is full of warm, honey-colored wood, and the space has been designed to work around the large stone columns that support the high ceilings of the ground floor. A long bar stretches from the front door, lined with two sets of wine taps and a long line of beer taps featuring great beers from both inside and outside Arkansas. The tap system is state-of-the-art, featuring special pressure-fed, glycol-cooled lines running from the basement that keep every liquid running through them fresh and at perfect temperature. It’s a space-age system that will keep the bar fed with delicious drinks at all times, and while beer drinkers will find a lot to love about what’s on tap at Samantha’s, it’s the relationships that the bar’s team have made with vinters from around the country that really sets the place apart. Wine is on tap at a few restaurants in the city, but Samantha’s has plans to bring in wine on tap that isn’t available anywhere else while also keeping a cellar of select high-end bottles. 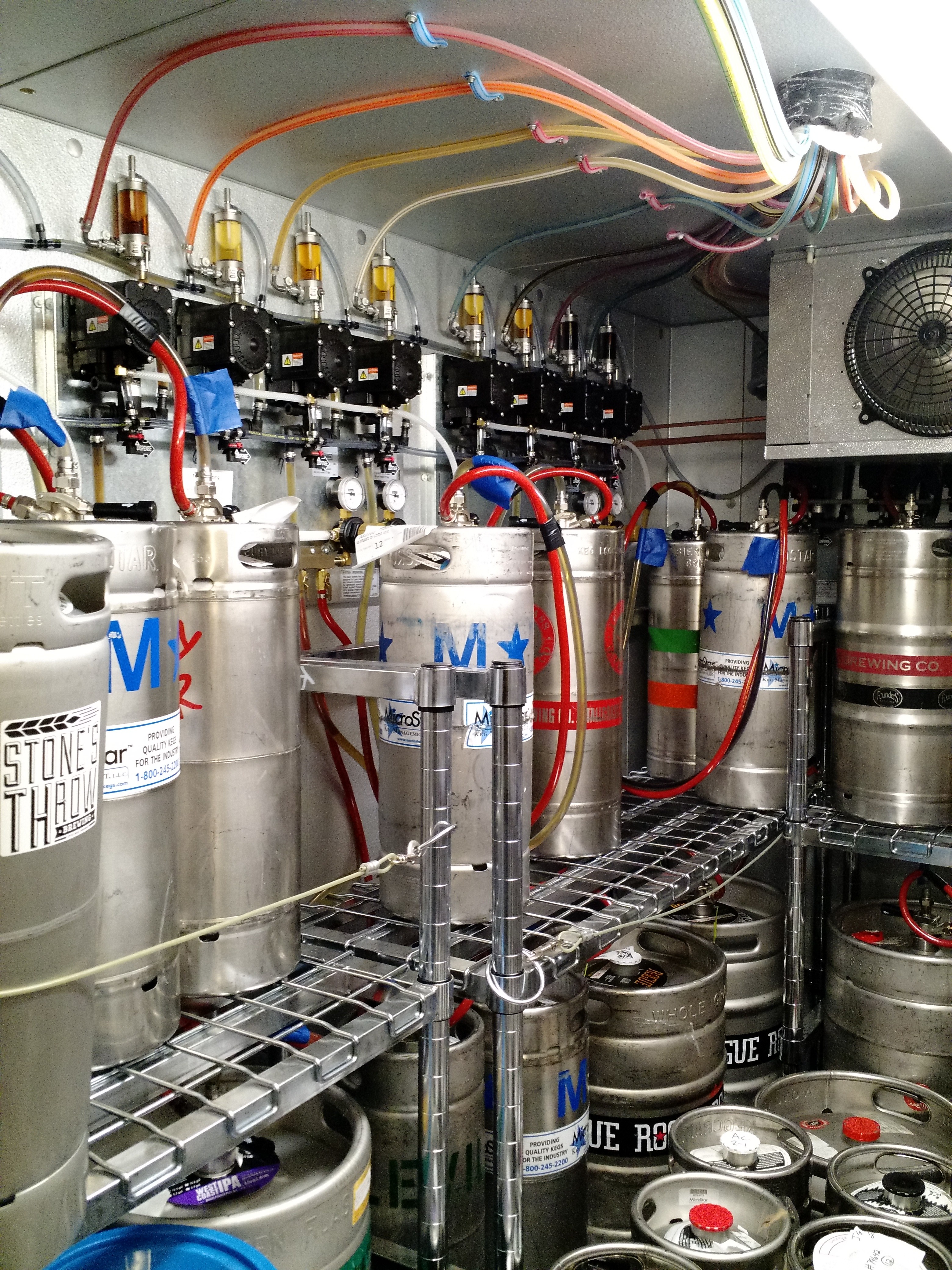 There’s a lot more to Samantha’s than the excellent drink selection. The owners are aware that any restaurant in downtown needs more than just a good bar to survive, and they’ve created their restaurant with flexibility in mind. For downtown lunch-goers, Samantha’s offers an affordable, quick lunch, and for the after work crowd, the restaurant plans on featuring a happy hour that starts at 4 p.m. Menu prices are moderate and feature mix-and-match entrees and sides that add the ultimate in customization to each meal. Diners will have the option of a patio, bar seating, casual tables near the windows, or a more formal dining area in the center of the restaurant. There is also a private party room upstairs available for events which comes with its own VIP entrance for guests.

Other amenities of the new restaurant include coat hooks under each bar seat as well as USB chargers for mobile devices. There won’t be any need to hunt for a plug-in when the phone’s dying at lunch — this is a modern touch that nowhere else in Little Rock offers.

The overall design of Samantha’s immediately places it among the most attractive Little Rock restaurants, and with plans to cater to both lunch, early dinner and late night crowds, there should be something love about the place for everyone. This isn’t an expensive restaurant, but it’s one that anyone would feel good about heading to for a nice dinner, a round of drinks after work, or even a business meeting upstairs. It’s a new concept in a classic building — and I predict it will be part of Little Rock’s future for some time to come.