The very mention of barbecue will instantly draw comments, comparisons, opinions and the occasional argument. Some ‘cue restaurants have large menus with all kinds of grilled and smoked items. There’s nothing intrinsically wrong with a large menu with several choices of sides, sauces and even non-traditional things like BBQ nachos. But sometimes the urge for some good, old school ‘cue takes over, and I crave the kind of place you walk into, approach the counter, and you get to watch your order being sliced and chopped. The type of place filled with the familiar smell of hickory burning.
Stubby’s BBQ on Hot Springs’ Central Avenue is that type of place.

I love a BBQ joint that lets me see the meat as it is prepared for the plate. It helps me to decide what I want to eat and what looks good. My last trip into Stubby’s, I had a pork sandwich on my mind. As I approached the counter, the young man asked what I would be having. Before I could order my sandwich, my eyes caught a sight that most take for granted, but a BBQ lover knows well. It was the sight of a rack of pork ribs with the ends of the bones dripping with juices. The ribs were sizzling as they sat to wait their turn to be served. Immediately I ordered a rib plate, with beans and potato salad. 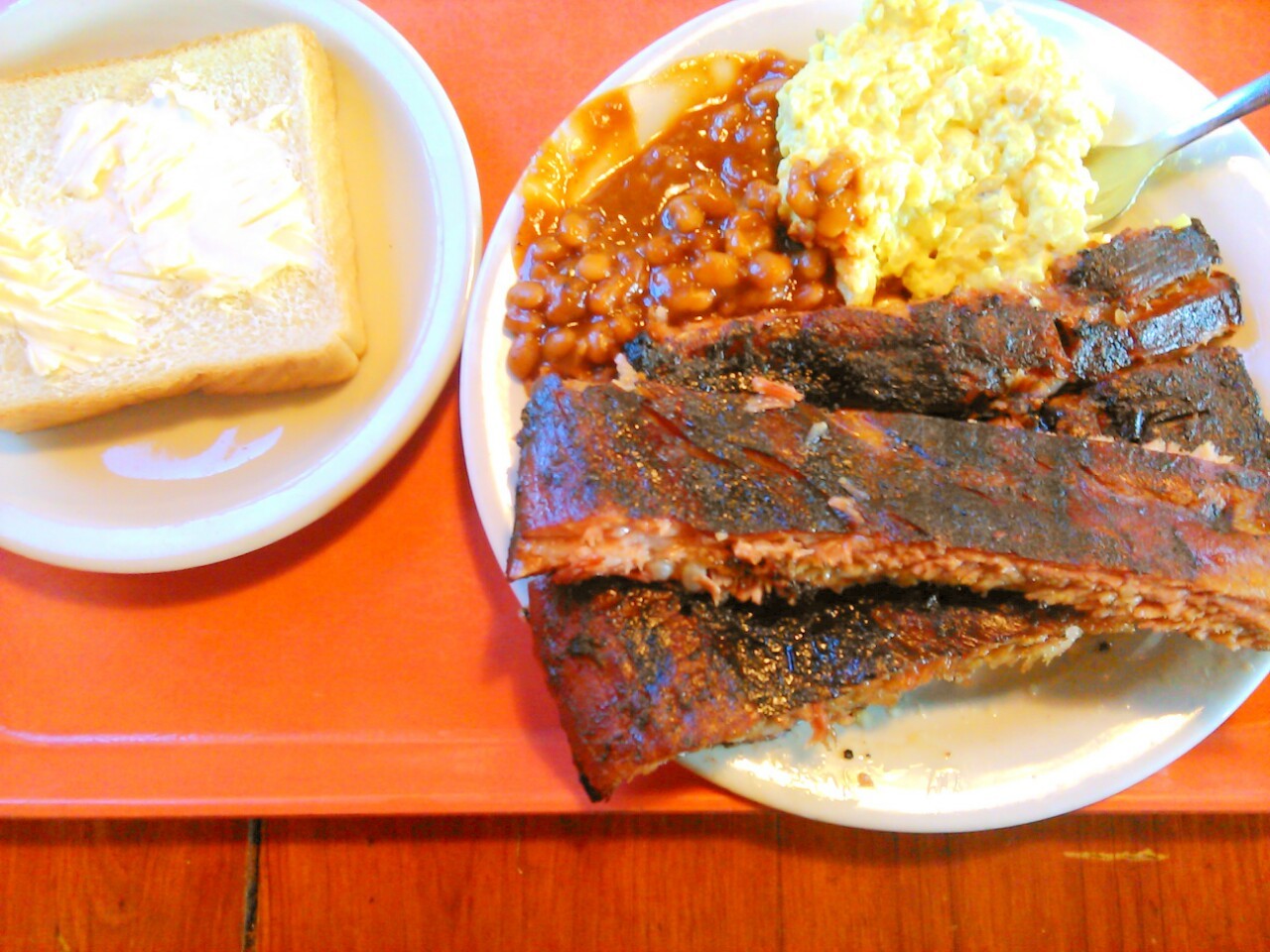 Now, I must add, Stubby’s serves a ‘pot o beans’, which is BBQ beans with diced ham, and it is smoked and served in small porcelain pots. They are great. But this time, I settled on just the regular barbecue beans so as to let the ribs do their thing. They had the aroma and the color that a well-prepared rib should possess. The first bite: My assumptions about the ribs were true; they were cooked perfectly.
Most folks want their ribs to “fall off the bone,” but to a BBQ man, that doesn’t mean mushy meat, it means the rib has a slight tug when you bite, comes away from the bone and leaves that spot clean. These were exactly that. And although they have a good sauce at Stubby’s, the bottle on the table was not needed and remained a spectator.

I was halfway through my order of ribs before I remembered my beans and potato salad. Stubby’s serves a mustard based potato salad that is really good in my book. I must say that I prefer a different bean to be used for barbecue beans. To me, kidney and pinto beans work very well versus the white bean/pork n’ bean style I was served, but that is just a personal preference, and did not stop me from finishing all of them. Overall, my meal, at Stubby’s was very satisfying. But honestly, after many previous trips, I knew it would be.

Since 1952, Stubby’s has been serving Hot Springs, and it’s visitors, some of the best BBQ in the state. Whether you like ribs, chicken, brisket or pork, if old school BBQ is your thing, you will love Stubby’s.