Read this month's issue
Browse the issue archives
Advertisement
Home Rock Candy Psych of the South: Robin and the Hoods’ ‘Slow Down’ (1966)

Usually my work involves a quest for long-forgotten information about Arkansas’ garage bands of yore. In this case, Jim Finch, the drummer of Robin and the Hoods, contacted me. He wanted to share a demo that his group recorded circa 1966, including this take on the Young Rascals’ version of the Larry Williams tune “Slow Down.”

Finch grew up in North Little Rock and went to college at the University of Arkansas in Fayetteville in 1960. In the summer of 1962, he went to Houston and filled in on drums with the Triumphs, BJ Thomas’ group. There he met Jimmy Gilmer and the Fireballs, who had a hit with “Sugar Shack,” and Jimmy Clanton of “Just a Dream” fame.

When he returned to Fayetteville he formed his own group, the Morticians, with Rick Dykman on guitar, Bill Kennamer on bass and Larry Collard on keyboards. They were one of school’s top frat bands and regularly played at the student union. During the Razorback’s undefeated national championship football season in ’64, the group played outdoors to celebrate while class was let out. They filled the area around Old Main with thousands of kids and were featured in Scene Magazine.

Around this time, Finch’s roommate burned down their house while cleaning his MG carburetor, so he moved into the Iris Motel for $18 a week. He noticed his next door neighbors were weird characters, so he introduced himself. They were Garth Hudson, Rick Danko and Richard Manuel of Ronnie Hawkins and the Hawks, who later became the Band. The Hawks would regularly stay in Fayetteville and would make the Iris Motel their home base while touring the area, including Oklahoma and Texas, in the earliest days of the Band. When Finch met them, they didn’t have a car and were stuck there. Finch had a tri-power 1957 Pontiac and so they became fast friends and regularly went to the Rockwood Club, a legendary rock ‘n’ roll joint in Fayetteville that was owned by Hawkins.

After the club closed for the night, Finch would drive them there and open a keg. He sat in on drums with Danko, Manuel, and Hudson and jammed until the wee hours. Finch’s late nights at the Rockwood with the Hawks happened a handful of times and he became a gopher for group as they emerged into the Band, regularly running errands and hanging out when they were in town. A short time later, of course, they became Bob Dylan’s backing band on his first electric tour. 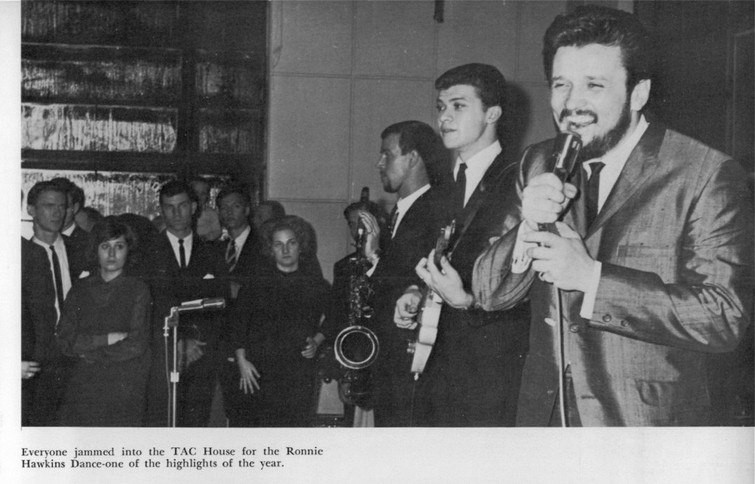 In 1966 Finch moved back to North Little Rock to form Robin and the Hoods with Phil Schlenker  and Kenneth “Brown” Williams on guitar, Larry Shelton on bass, Mike Scallion on vocals and Kelly Duke on keyboards. They needed a gimmick to stand out, so they decided to wear wrestling masks, or hoods, styled after the Great Bolo, which one of their mothers custom made for the group. The first gig with the hoods was suffocating and miserably hot. Scallion couldn’t sing in his and the other guys tried to endure, but only played one more gig before dropping the costume.

They were setting up at the Tiki Club on the old Conway highway in North Little Rock when a friend of the group came by with a reel to reel recorder and wanted to make a demo for them. Finch liked what he heard and took it to Jaggars Recording Studio, where Steve Jaggars had an acetate cutter that could make some one-off demo records from the tape.

A memorable gig for the Hoods came with a trip back to Fayetteville for Finch, where Dayton Stratton operated the Rink nightclub. He remembered Finch from his groupie days with the Hawks and booked them sight unseen. As they were unloading their gear, Stratton insisted that they use the house PA, a state of the art $20,000 sound system. A little while into the set, the band blew the sound system and had to bring in their own gear to finish the show. That was their only Fayetteville performance. 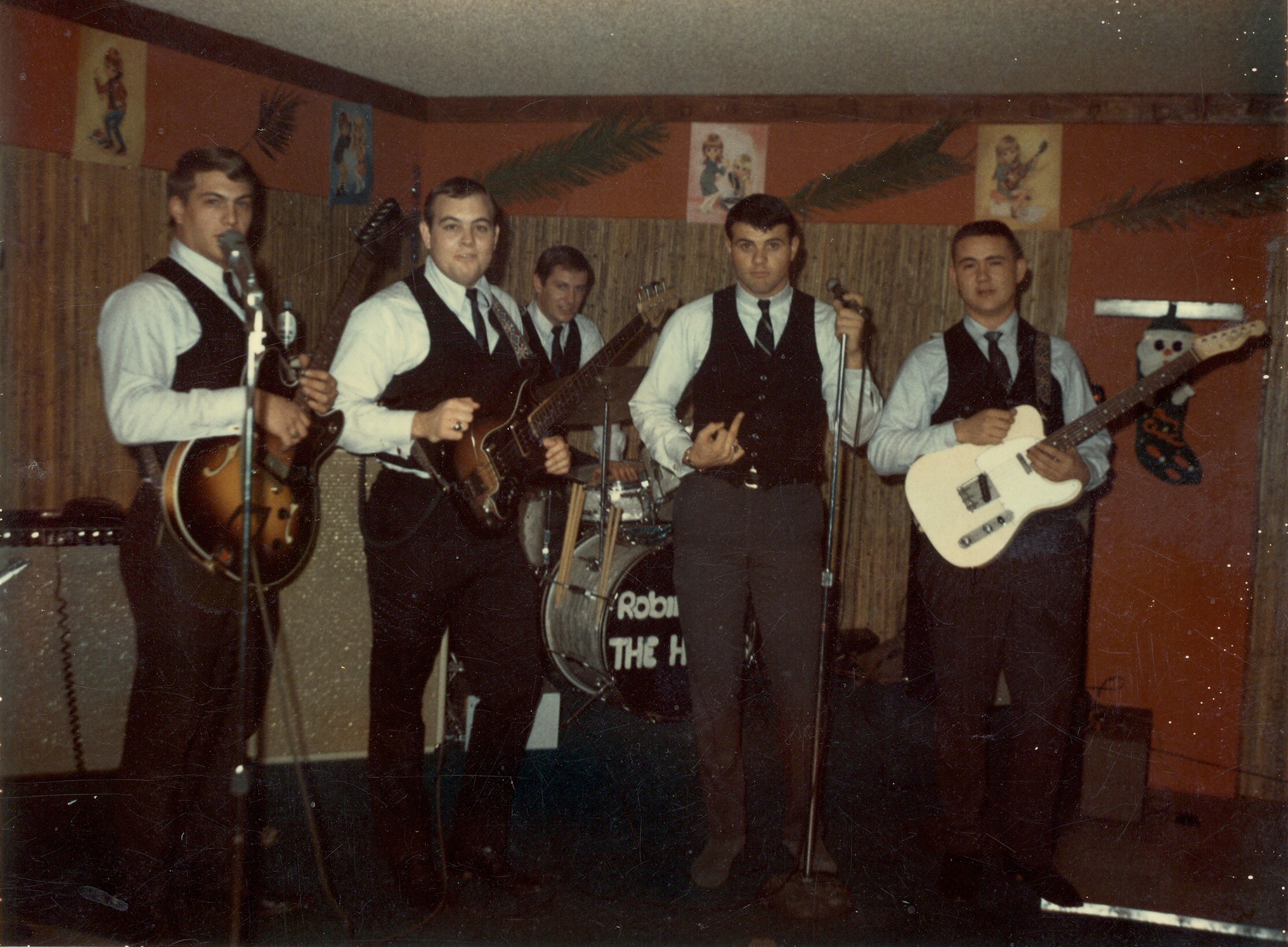 Jim Porter ran a booking agency in Little Rock and represented Robin and the Hoods. He set them up in a warehouse on 7th and Scott St., which housed an artist’s loft and a practice space. Sometimes a small crowd would gather outside and dance in the streets. They would shut the windows and sweat it out, but the cops would dependably show up to tell them to turn it down.

The group was regularly booked at the Royal Knights Supper Club on 65th and the Raven Club off of 12th St. among others, and wound up playing seven nights a week. When the band parted ways in the late 1960s, Schlenker and Williams joined the Chaps, a group from Pine Bluff that had recorded for Shreveport’s Paula Records in the mid ’60s and which later included local legend Mike “Burger” Scoggins on vocals.

After Robin and the Hoods, Finch formed the Holidaze, a popular club act featuring Paul Truett and Johnny Quattlebaum of the local garage band the Reknown, who recorded for MY records in Little Rock. The Holidaze had two female singers and were regulars at the Pink Pussycat club on Highway 10.

Finch followed the career of his old friends from the Hawks as they rose to fame with Bob Dylan and the Band. In the early 70s, Finch got backstage to visit them in Houston and was later invited to the Last Waltz, the Band’s grand exit immortalized by the Martin Scorcese film. When the Band reformed in the ’80s without Robbie Robertson, they had a gig planned for Little Rock, but had to cancel when Richard Manuel committed suicide in 1986. They rescheduled and played at the SOB club, where Finch was invited to the show and mourned the loss of his old buddy. 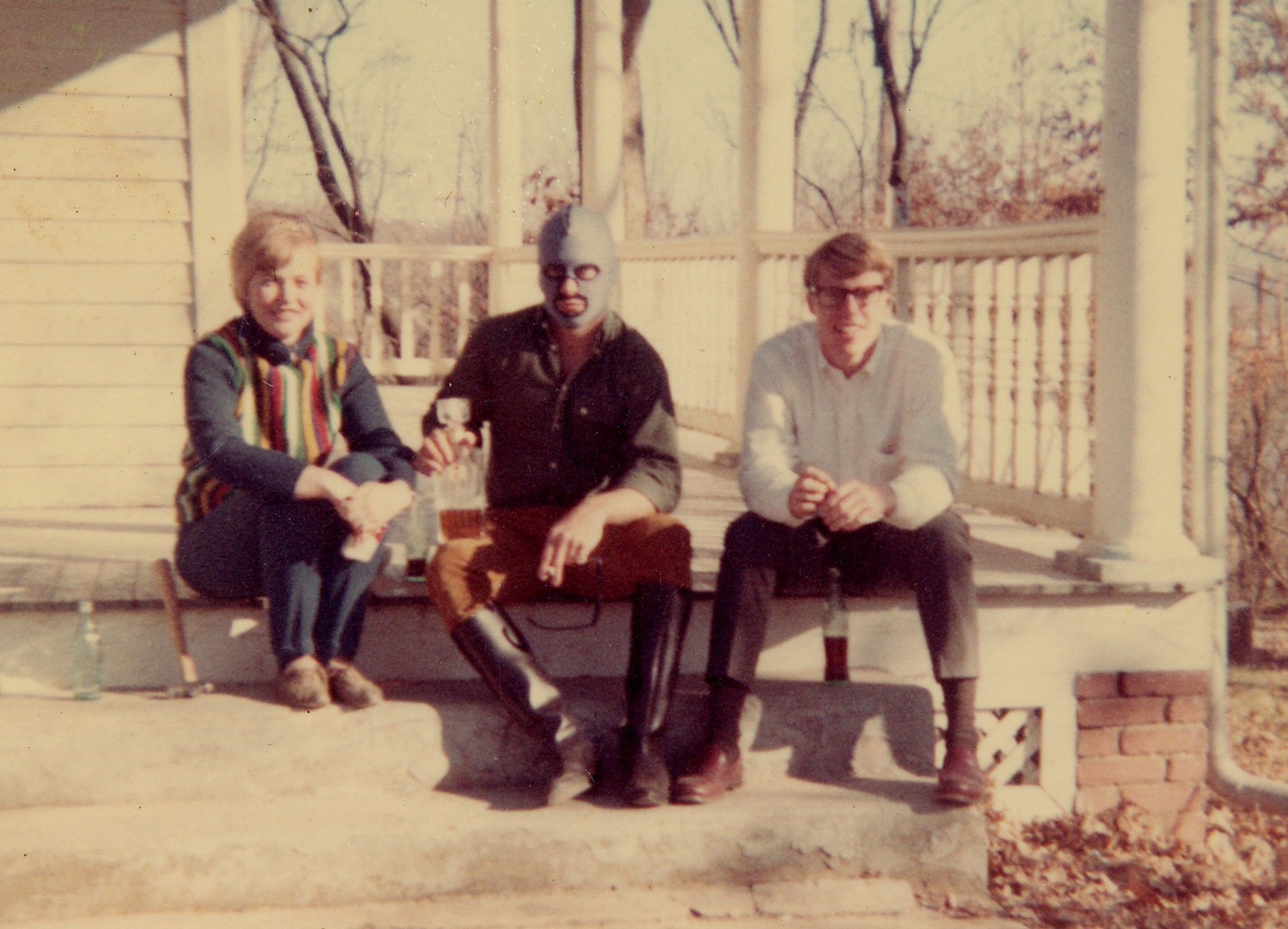