One of my favorite things about being a foodie is finding those little spots that are putting out awesome food. You know, the kind of spot that you pass by and want to check out, but for some reason you don’t. This is the kind of place that sits on Ouachita Ave. in Hot Springs: the hidden gem of Surfas Culinary District.

Surfas Culinary District is mostly known for their inventory of great culinary tools. But now the locals, as well as visitors, are finding out that not only can a person purchase the latest in kitchen gadgets and old school cast iron cookware, they can also find a great menu that is served at the café inside. Yes, there is a café inside that is serving up some amazing food, and the two chefs who man the kitchen are masters of their craft.

So, who are these culinary rock stars, you ask? Let me introduce you to Chef Trey Brunk, and Chef Tyree Porter Montgomery. Chef Brunk is a Louisiana native and graduate of Nicholls State University. Being from Louisiana, he is accustomed to bold flavors, and his background comes through in his cooking. Not afraid to push the culinary boundaries, Chef Brunk has come up with lunch specials like the “Stuffed Meatloaf Sandwich,” which was such a big hit that it had to be extended for over a week to meet the demands of the hungry customers.

Chef Montgomery has had the pleasure to feed stars like Arnold Schwarzenegger, Rob Lowe and Jamie Lee Curtis, and is a master of thinking on his feet and coming up with dishes on the fly. He’s known for combining flavors that others might not think of. These two chefs are great on their own, but when they work as a team, amazing food is the result. 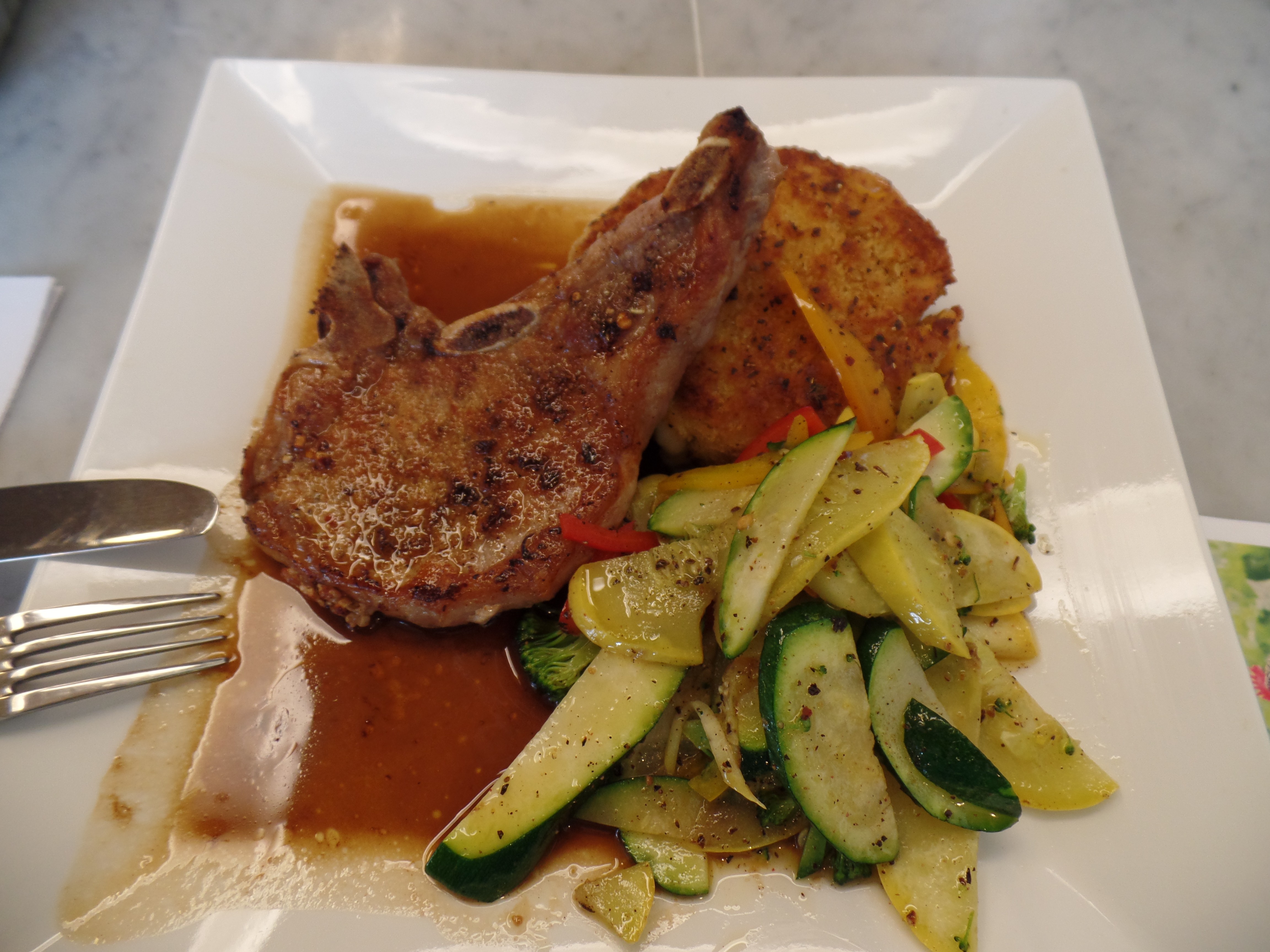 The menu at Surfas Culinary District consists of sandwiches, salads and soups of the day, plus usually a special of the day. Sometimes these specials are the product of a brainstorm by one of the chefs just before opening the doors. If you don’t see anything on the menu that you like, feel free to tell Trey and Porter to just wing it, and they will definitely make something on the fly that will satisfy you. They will even make vegetarian and vegan dishes on request.

Chefs Porter and Trey use only fresh, locally grown vegetables, fresh made breads and meats from local farms and butchers. My last trip into Surfas was on a cool and rainy day, and I wanted a bowl of soup. While I stood in line waiting to order, I overheard Porter telling a customer about a triple-decker Dagwood sandwich that he was working on, which changed my mind. I ordered one, along with two others that were waiting to order. This sandwich was huge, with turkey, ham and bacon sitting between three slices of toasted rye. Smeared on each slice of bread was a spicy mustard that made a flavorful contrast to the cool slices of tomato and some crisp spring mix—levels of flavor and texture that just minutes before were just an idea floating around in the chef’s head.