“The Expectation” by the Dutch Masters has long been hailed as an amazing example of garage rock among record collectors, but the story behind the song has been elusive. I spoke to three original band members including Earl Denton, Buz Johnson and John Walthall, to shed some light on this Arkansas mystery.

The group began as The Breakaways at Forest Heights Junior High in Little Rock circa 1964. After several lineup changes, the group evolved into the Dutch Masters, a name inspired by groups like Paul Revere and the Raiders. Like that group, the Dutch Masters’ front man Earl Denton wanted them to dress up like the guys on the famous cigar box as a gimmick to get attention. 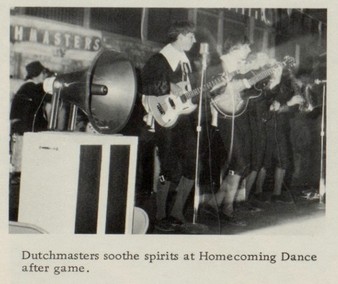 Earl Fox was the owner of E&M Recording Studio on Markham and took the band under his wing, letting them rehearse in the studio. He had a booking agency in the front office and kept the band busy playing all over the state. Fox wanted the group to make a record on his MY label, so they found a song on a compilation tape of Nashville songwriters called “Burnin’ Up the Wires.” Blake Schaefer, rhythm guitar, and Denton wrote the flip side “Way-Down Feelin’.” Fox released the single in February of 1967 and it was a hit at Henderson College in Arkadelphia.

Denton got married and had a kid shortly before heading to Vietnam in the Marines. The rest of the group left shortly after the record was released. This left John Walthall, lead guitar, and Schaefer to completely reform the band. They recruited Reagan Perry on organ and pitched in to buy a Hammond B3. They saw a group at Lake Nixon, a popular summer teen hangout in Little Rock, featuring Lemmie Ogles on vocals and his brother Terry on bass and asked them to try out for the band. Lemmie had previously recorded at E&M with the Mercenaries. Buz Johnson was in his early twenties and regularly worked as a drummer from the musicians wanted board at Boyd’s Music. Fox called him in to try out for the Dutch Masters with the Ogles brothers and they got the gig.

For the new group, Walthall and Schaefer wanted to follow through on the costume idea and Perry’s mother made the outfits. Johnson said the idea of wearing black panty hose, funny looking shorts, and a frilly shirt didn’t strike him as being too masculine, but reluctantly agreed. He remembers one time when Schaefer forgot his costume shoes and the guys insisted that Johnson give up his and wear Schaefer’s boots, which were goofy looking high heel black swede. Johnson said that he almost quit the band right then over the absurdity of the outfits. 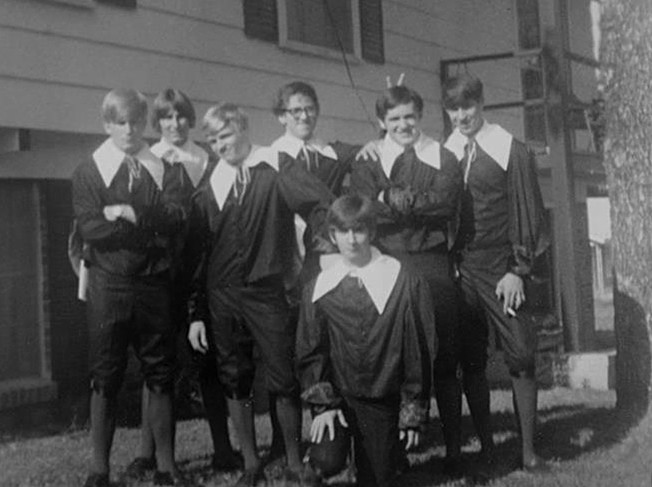 To supplement the group, Fox added two black singers named Preston and Cheryl. When Fox booked the band, the client might ask for a R&B group, and he would augment the band with Preston, who did James Brown, and Cheryl, who did Aretha Franklin, making the Dutch Masters an early integrated group in Little Rock. Mike Boston, who was first chair trumpet at North Little Rock High, was added to the group as they played more R&B. He was accompanied by Walthall, who was first chair saxophone at Hall High, to form a small horn section. They also adopted a more conservative V neck sweater look depending on the gig.

However, Fox encouraged the band to do wild things to stand out and he loved the costumes. They dressed up and walked around downtown near Moses Melody Shop, the top record store in Little Rock. They were promoting an appearance on Moses Bandstand, a program on local megawatt AM rock station KAAY that featured live performances. They played on a flatbed trailer in front of Moses and had a whipped cream pie fight on stage. Schaefer threw a pie at Boston, but he ducked and it hit a girl in the front row and messed up her hair, which she had just gotten done. The band had to pay $35 to get her hair redone.

Another promotional gimmick that Fox suggested was to get a box and cover it in pink paper and put a big pink bow on it and set the box on top of the keyboard or somewhere on stage. The idea was that people would come up and ask what was in the box, and they’d say they didn’t know. When people would ask if it would be opened during the show, they replied that it may be opened tonight or at the next show. In other words come back next time to see if we open the empty box. It was an effort to add some mystery and suspense to the group. 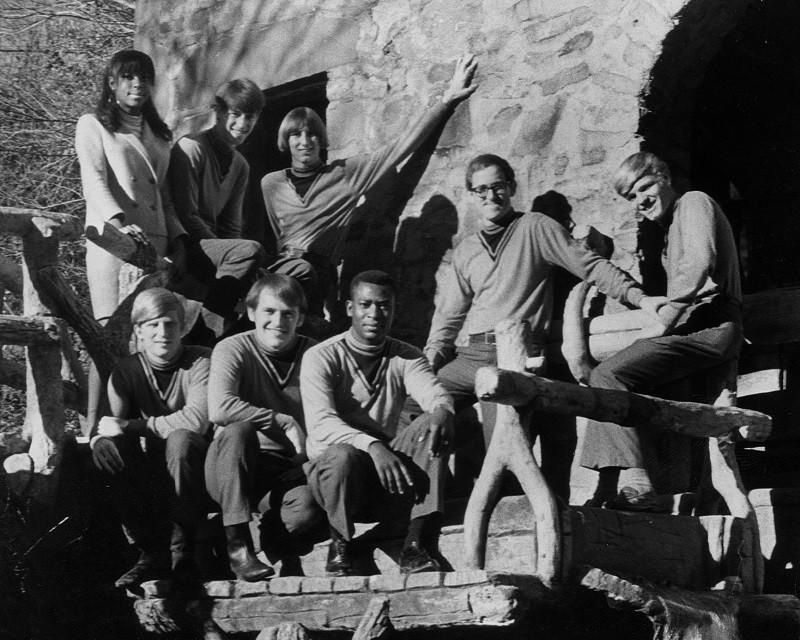 A session was booked at E&M to record two of Schaefer’s songs for a second 45. Schaefer had a collection of original material that he hoped to record in the studio to farm out to other groups. Johnson remembers the drum enclosure was made of old bed mattresses. The explosion sound effects in “The Expectation” were made by Perry shaking his organ’s spring reverb unit. Terry started playing a pattern that sounded like a backwards record so they added it to the end of the recording. There were no outside sound effects added, just the band.

Fox didn’t make a request for a psychedelic record, Johnson remembers that it just evolved that way. “You’re Nearby Me” featured a zither to produce an other worldly vibe. Fox released the Dutch Masters’ second 45 in September of 1967 and they played a big show at Henderson College to promote it.

The band evolved once again into the Cyrkus when Johnson, Schaefer, and Boston left the band. They were replaced by Donnie Brooks and Chris Nolan and adopted a hard rock sound. This band evolved into Blackfoot, who recorded “Bummed Out” at San American studio in 1970, housed in the same studio space once occupied by the defunct E&M studio.