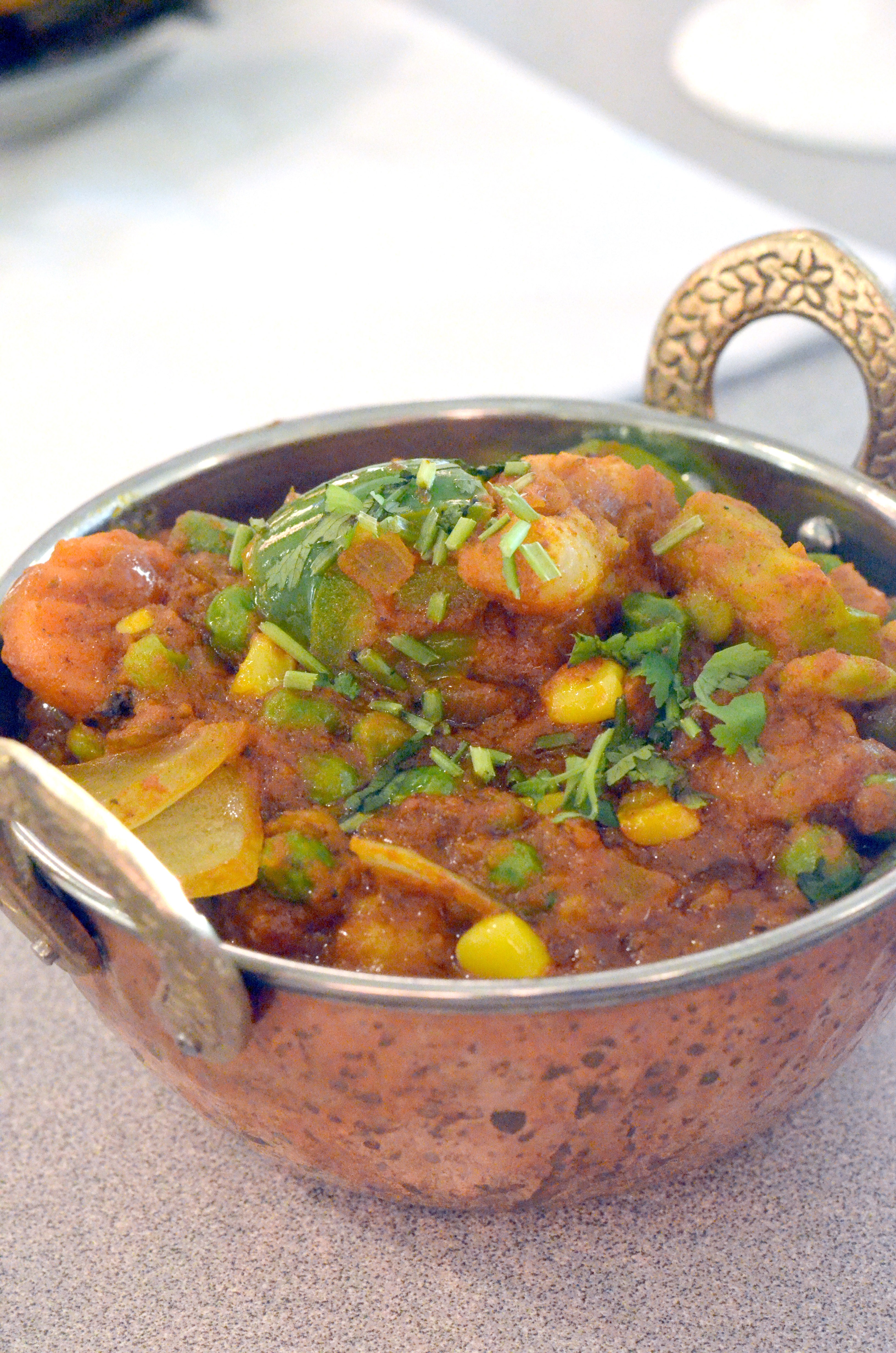 Little Rock has an ample selection of restaurants ready to serve you are in search of Indian food, but adding one more will do no harm, especially when the new restaurant offers a different selection on this beloved cuisine. Flavor of India, located on Rodney Parham in West Little Rock, boasts a unique menu of South Indian delicacies and street food. The team behind Flavor of India, formerly the group behind Curry in a Hurry, are not new to the restaurant business, and the food they are putting out really adds to the landscape of great Indian options in the city.

The thing that makes Flavor of India special for vegans of the city is their ample options and clearly marked menu. Everything vegan is specifically called out on the menu, and because the origin of the cuisine is Southern Indian, most of the menu is vegan. In addition to the vegan options, gluten-free items are also available and clearly marked.

The restaurant itself is a simple storefront, but it’s clean and comfortable. It doesn’t boast the elaborate decorations and atmosphere that some may find at other Indian establishments in Little Rock, but that doesn’t mean the food has any less flavor.

Recently, I went to dinner at Flavor of India with a large group of vegans from the Central Arkansas area, and everyone in the group found an incredible amount of options and flavors. To start, I sampled the spinach pakora, which came out on a large dish topped high with fried, salty spinach chunks. You can also get this starter made with kale. This inexpensive appetizer was plenty of food to split between a group of people. The spinach was crispy and well cooked.

For my dinner, I ordered an onion dosa, and my husband got the Karahi Vegetables. The dosa, a light and crispy crepe made out of rice and lentils, was the star of the South Indian menu. Ours came out rolled up with raw onions inside. This made the dish a little more pungent than we were used to, and I think next time I’ll try one of the many other flavor options. The Karahi Vegetables were also quite delicious. We had a large serving bowl brought out, overflowing with onions, bell peppers, tomatoes, cauliflower, peas and carrots. Additionally, they brought a large side of rice. This dish is plenty big to split, especially if you get anything on the side. The flavors were rich and delicious, and everything tasted freshly made. 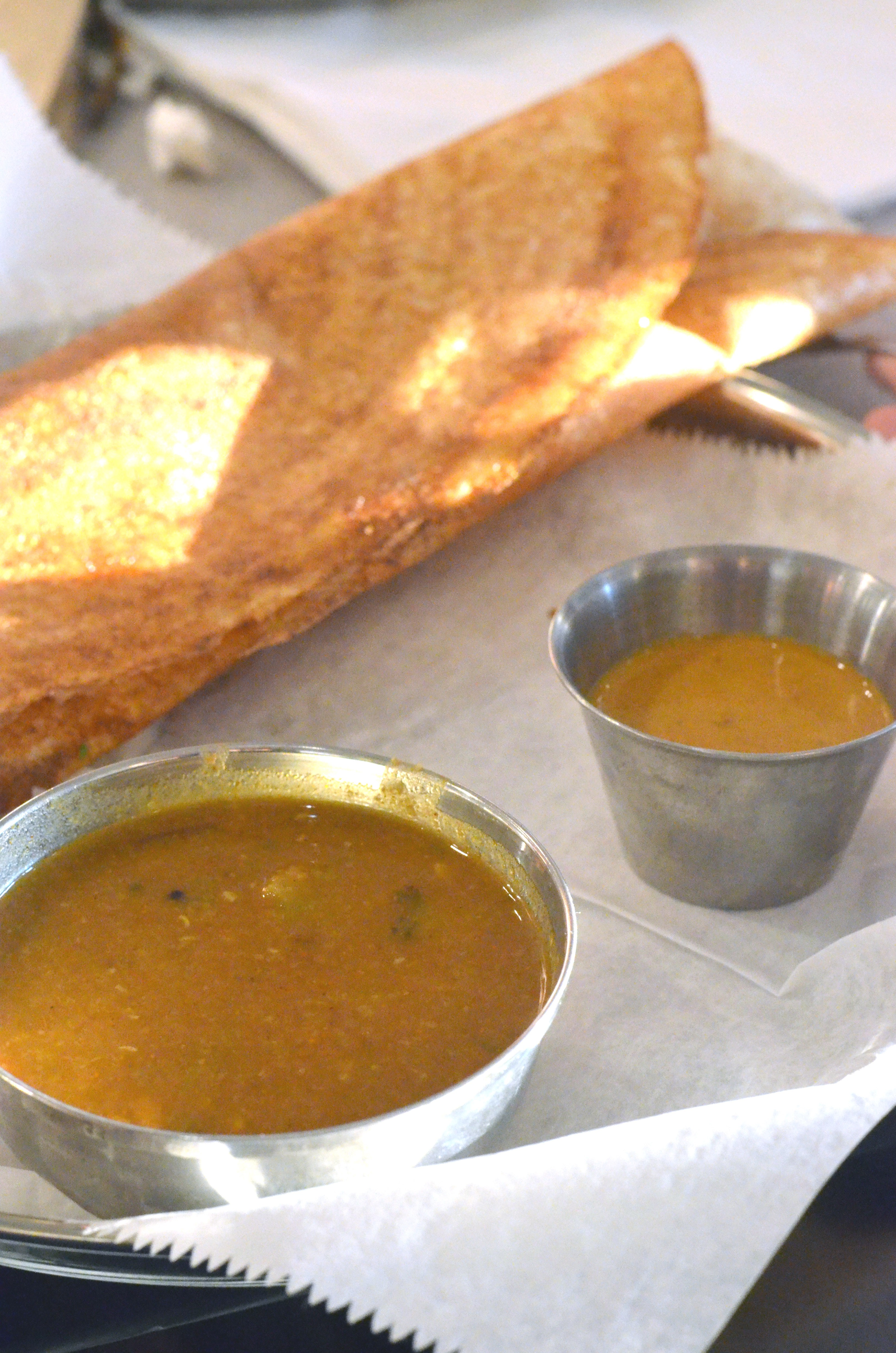 My dining companions that evening got an array of tasty looking dishes, from samosas to fried okra to curry dishes, and everyone enjoyed their meals. One couple even asked for their dishes very hot, and they were sweating and smiling all the way through. We were not so bold and adventurous with our entrees, but we still found our food to have a nice level of heat. You can customize to your taste preference when you order.

If you’re new to South Indian food and want to have a sampling before you decide what your favorite dishes might be, fear not. During the weekend, Flavor of India puts out a lunch buffet, and on September 22, they started offering a weekday one as well. It’s a good chance to try everything that Flavor of India has to offer.