Ah, cornbread. When I was a kid, we probably had it a couple of times a week. I can still remember my mother melting Crisco in a cast iron skillet so seasoned that you could see your face in the bottom, then pouring in the golden batter so that the crust would set—and get that nice crunch that to this day is the hallmark of good cornbread in my opinion. Then into the oven until out popped a round, golden cake ready to soak up pot likker from greens, purple hull peas or a generous pat of butter. I make my cornbread just like mom did, and I’m one of those people who eschews sweet cornbread under normal circumstances—but of course the Arkansas Cornbread Festival ain’t normal circumstances.

I’ve been to this festival several times, even serving as a judge a couple of years ago. This year’s festival came on a cool, dreary day, but that didn’t stop crowds from thronging a shut-down Main Street for a taste of the good stuff. By my reckoning, there were fewer cornbread competitors this year than in years past, but the number of artisans, artists and crafts booths made up for that. The music was lively, everybody was in good spirits—and the cornbread was tasty. Here’s a view from the street of what went on. 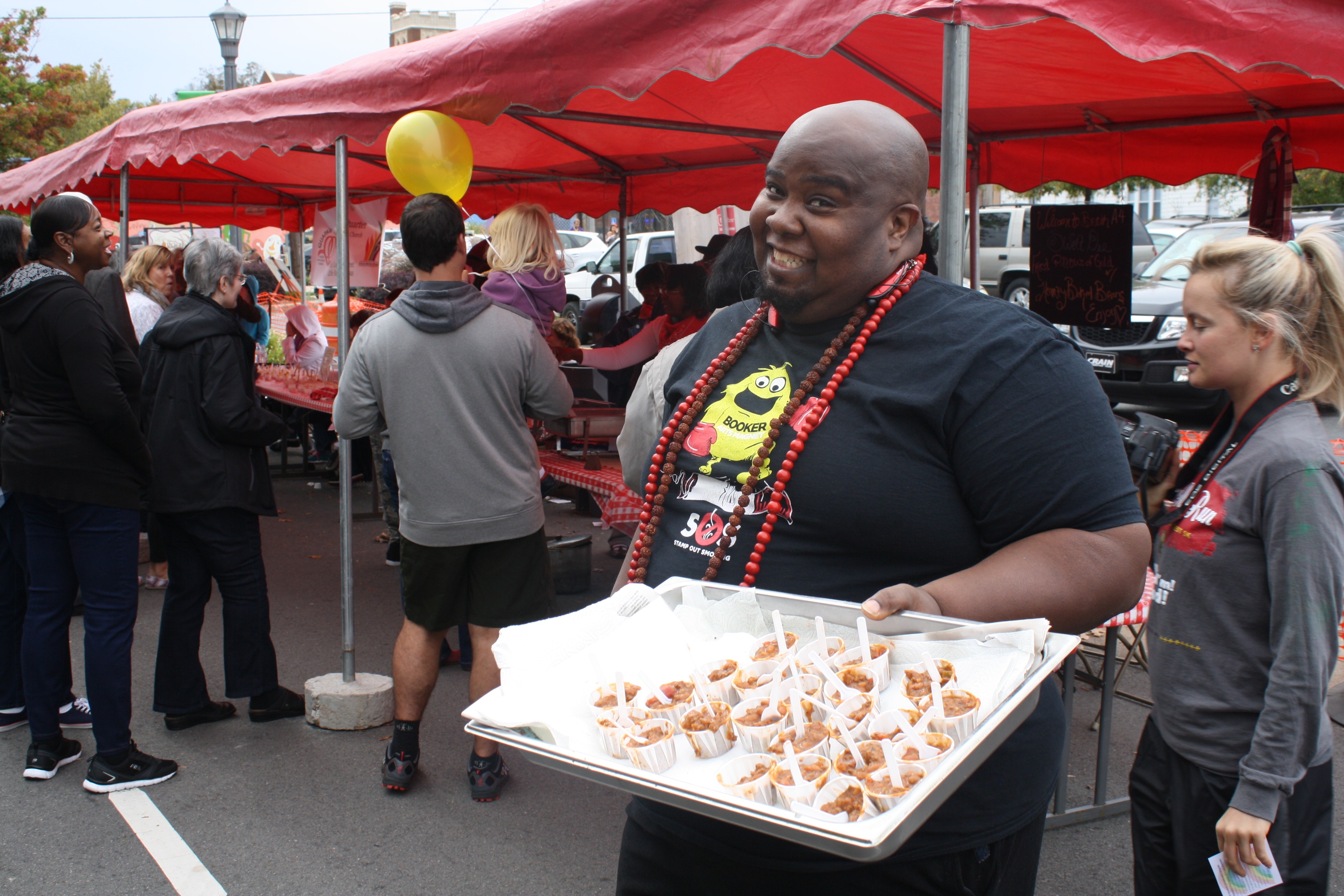 One thing that I love about this festival is that folks want you to eat their entries so badly that a lot of them will head out from behind their booths to hand out samples. This really cuts down on lines and keeps everybody from getting bored. 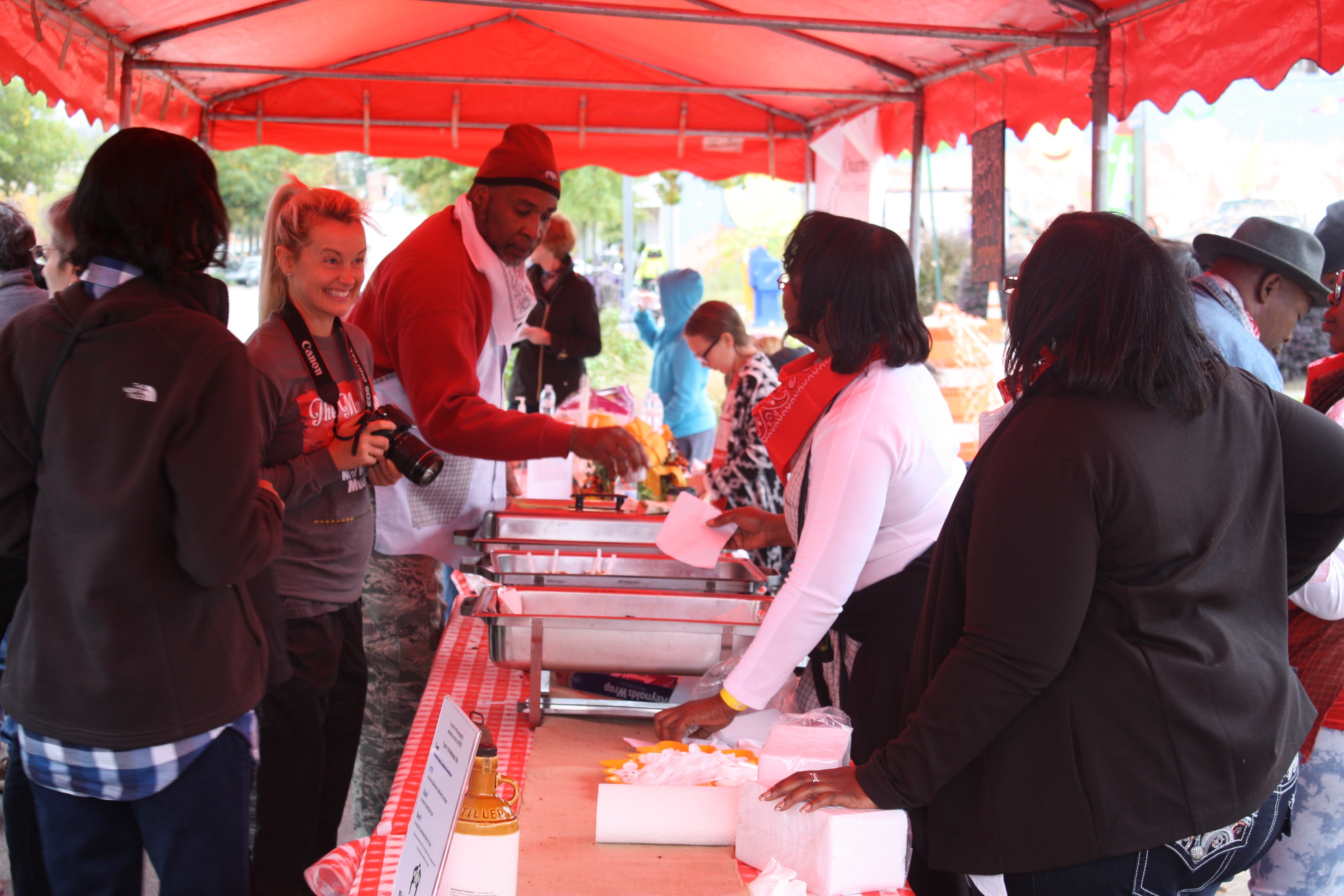 I was impressed by the different setups folks were using. Some went with classic cast iron preparations, others use cake pans. Beans and other toppings made for some very delicious bites. 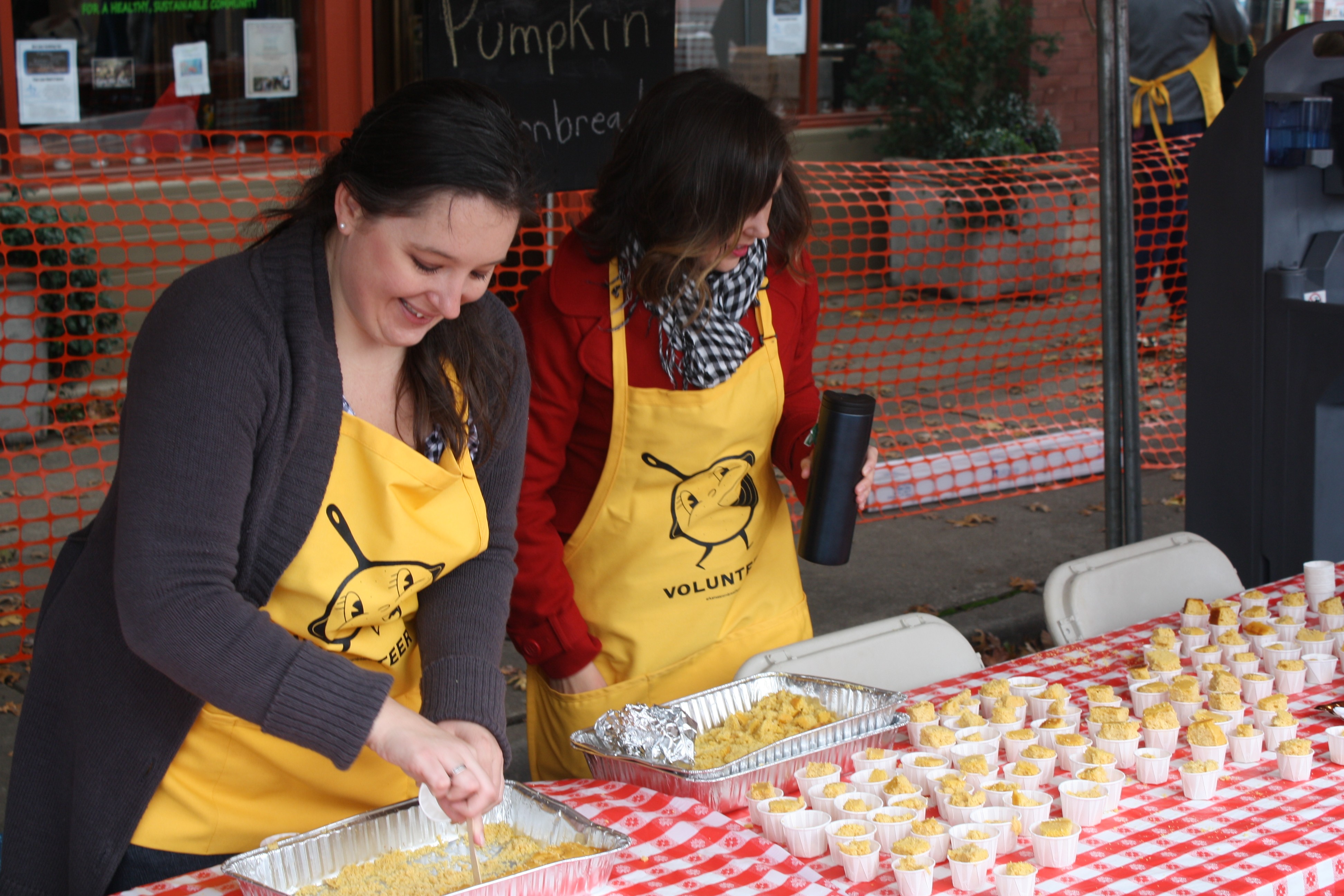 I thought the bright yellow aprons emblazoned with the singing pan of cornbread featured on one of SoMa’s murals were a nice touch. There was a lot of yellow at the festival, which made up for the overcast skies. 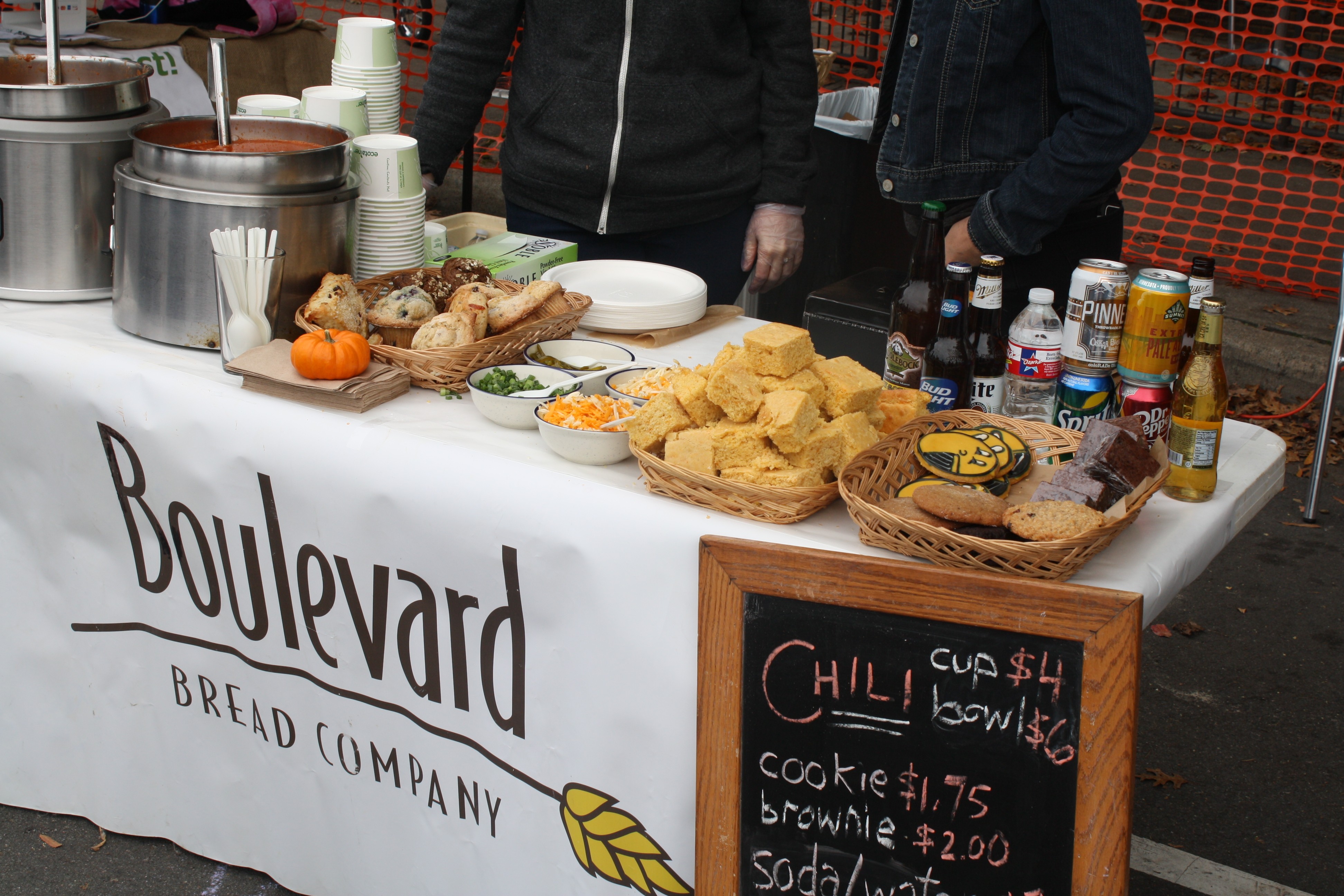 Main Street businesses were out in force, and this spread from Boulevard Bread Company was pretty mouth-watering. Man cannot live by cornbread alone. Sometimes you need a brownie. 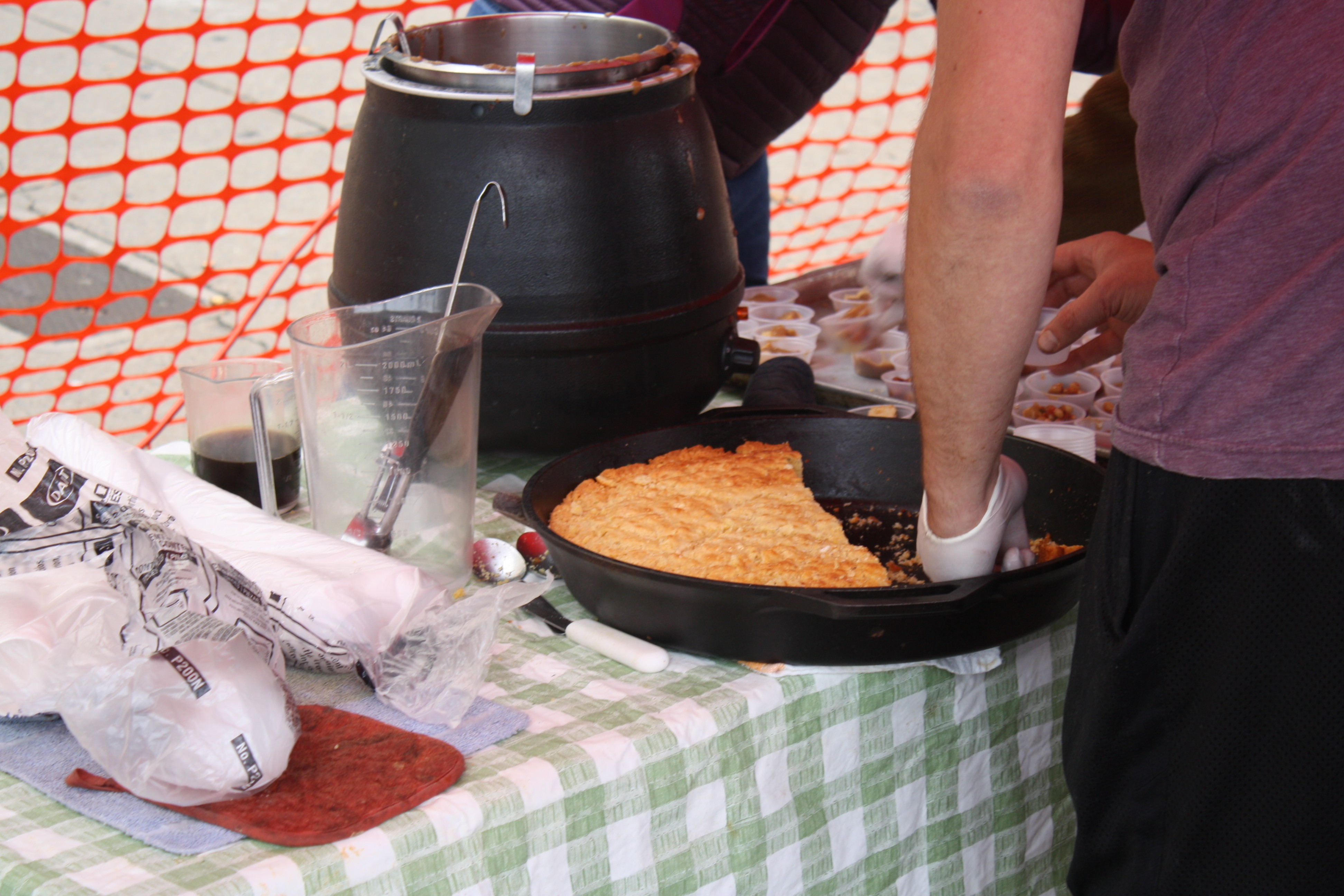 Not the largest cast iron skillet I’ve ever seen, but it’s pretty hefty. The even heat distribution of cast iron makes it great for uniform baking. 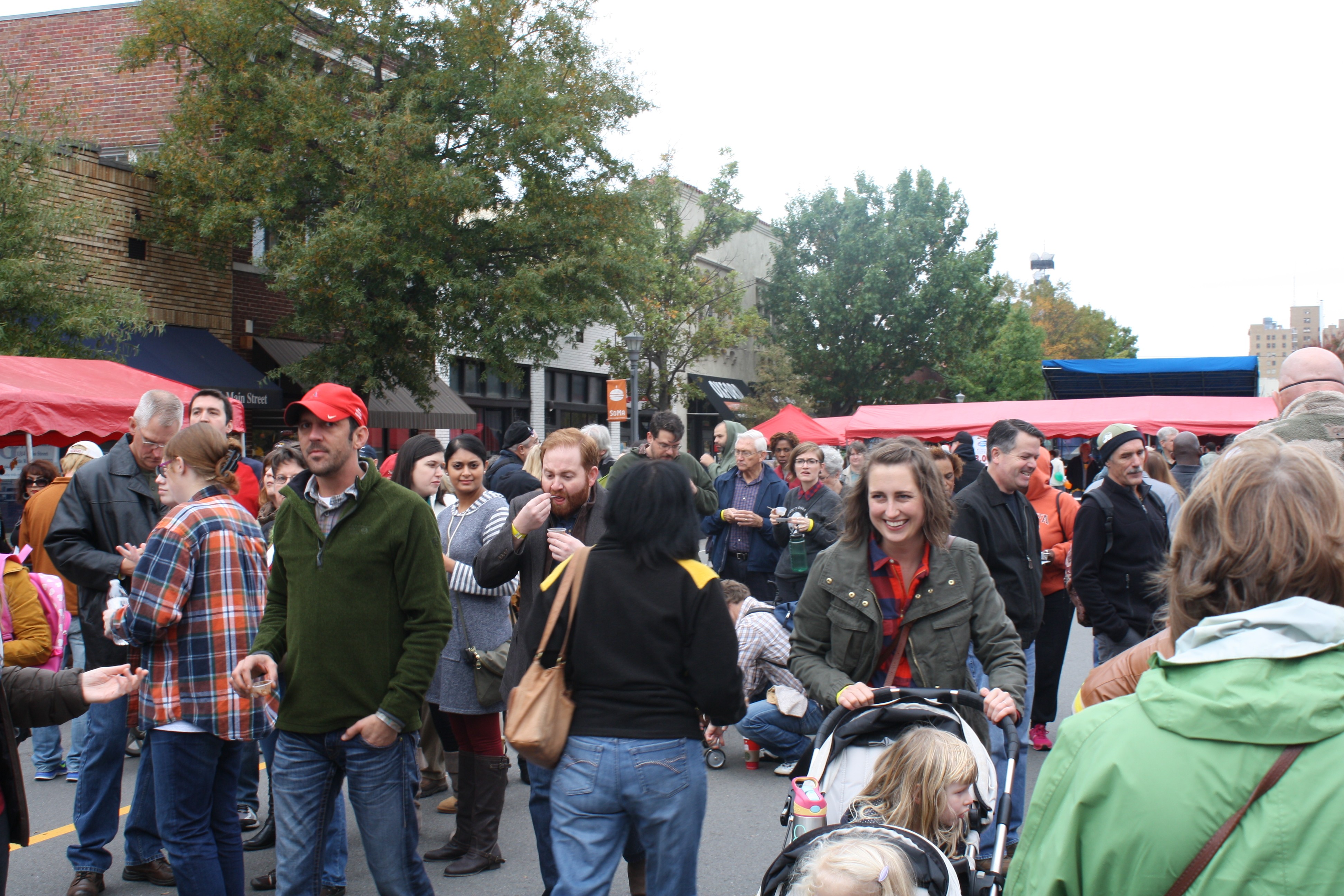 The crowd was pretty dense, but movement was still pretty easy. I love festivals like this because so many people tap into their inner food critic. As I walked down the street, I heard things like “good, but too salty” or “the texture is interesting.” I like when people pay attention to their food—all to often we just grab something on the go to stop the hunger and that’s it. I’m as guilty of it as the next person, but events like this let everybody get together, slow down, and enjoy some home cooking—all in one of Little Rock’s most interesting neighborhoods.

Anybody else make a stop at the festival? Have a favorite? Let us know all about it.