The much anticipated Fourquarter Bar is in the midst of its soft opening! Located in the former Sidetracks location in Argenta, Fourquarter is a New Orleans-inspired venue and bar spearheaded by Conan Robinson. Many people know Conan from his years of work as one of the best bartenders at Midtown Billiards. In addition to his work behind the bar, Conan also booked the shows that graced the late nights and early mornings at Midtown. Fourquarter is the brainchild of Conan and Maggie Hinson, the owner of Midtown Billiards, bringing a fantastic addition to Argenta. From the soft opening, Robinson is aiming for the sweet spot of neighborhood bar and music venue with memorable bar food and a comfortable atmosphere. This will be a smoking establishment.

When Robinson was talking about the concept with Hinson, he remembered the space from years ago and it had a wonderful quality for him. The space itself seemed to make him think of New Orleans — he wanted a “dive but not a dive” concept for this place. Something that held character that invited you in when you saw the band in the window and the the atmosphere of the place. He wanted people walking by to ask themselves “What’s the story of this place?”

In looking at the Argenta area, the new apartments helped him solidify the decision to have a neighborhood bar in walking distance from everything. He envisions a place where people can just come in for a beer and play a game, like shuffleboard or dominoes on a regular basis. With one of the rare private club licenses, Robinson is planning to keep Fourquarter open from 3 p.m. to 2 a.m. most nights. He is also relishing the chance to spend more time as a proprietor, out front talking to customers — though he wouldn’t rule out a shift or two behind the bar.

Robinson is also continuing with his history of live music booking with a space for bands set out from the get-go at Fourquarter. Every weekend, and some weekdays, you’ll see bands that Robinson says will be diverse and reflect more than just blues drawing on his contacts made over a decade of booking for Midtown. The stage is set against the windows to the street letting passers by see the and hear the music and the sound system has been set up to specifically work with the long and narrow space of the bar.

There is a baker’s dozen of taps available already sporting local beers like Lost 40, Core and Mother’s with plans to add Flyway and Stone’s Throw Brewing in the near future. To go with the beer is a menu of bar food that is a cut above what you might expect. Most importantly is a pork barbecue that is smoked in house and provided by Brown Chicken Brown Sow in Arkansas. When the barbecue is gone for the day, it will just be gone. The pork sandwiches have several options including my favorite — Gouda plus caramelized onions. 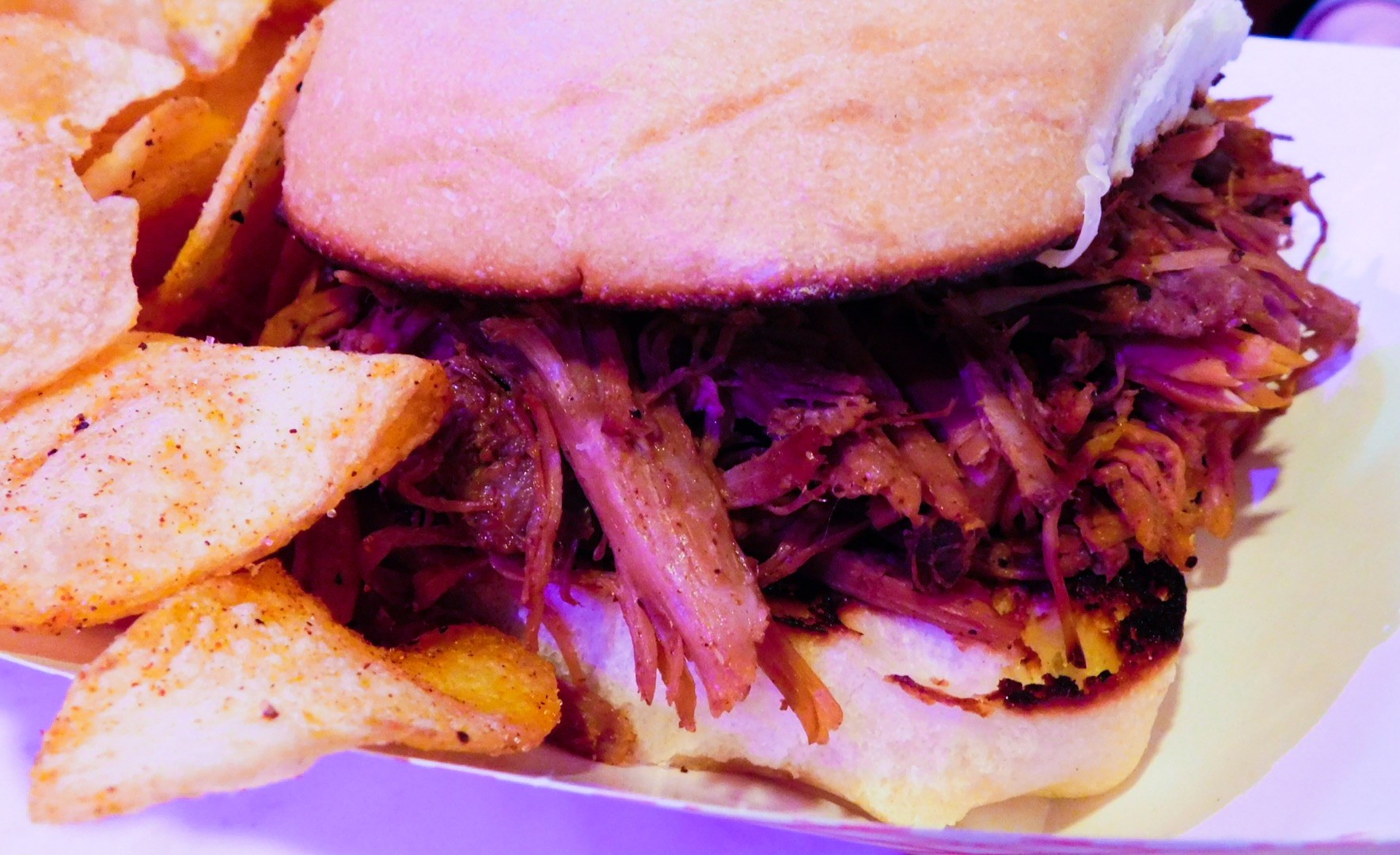 The barbecue sandwich was extremely tasty and some of the best restaurant barbecue in town. Additionally, Robinson has taken the lessons of Midtown Billiards to heart in the burger. 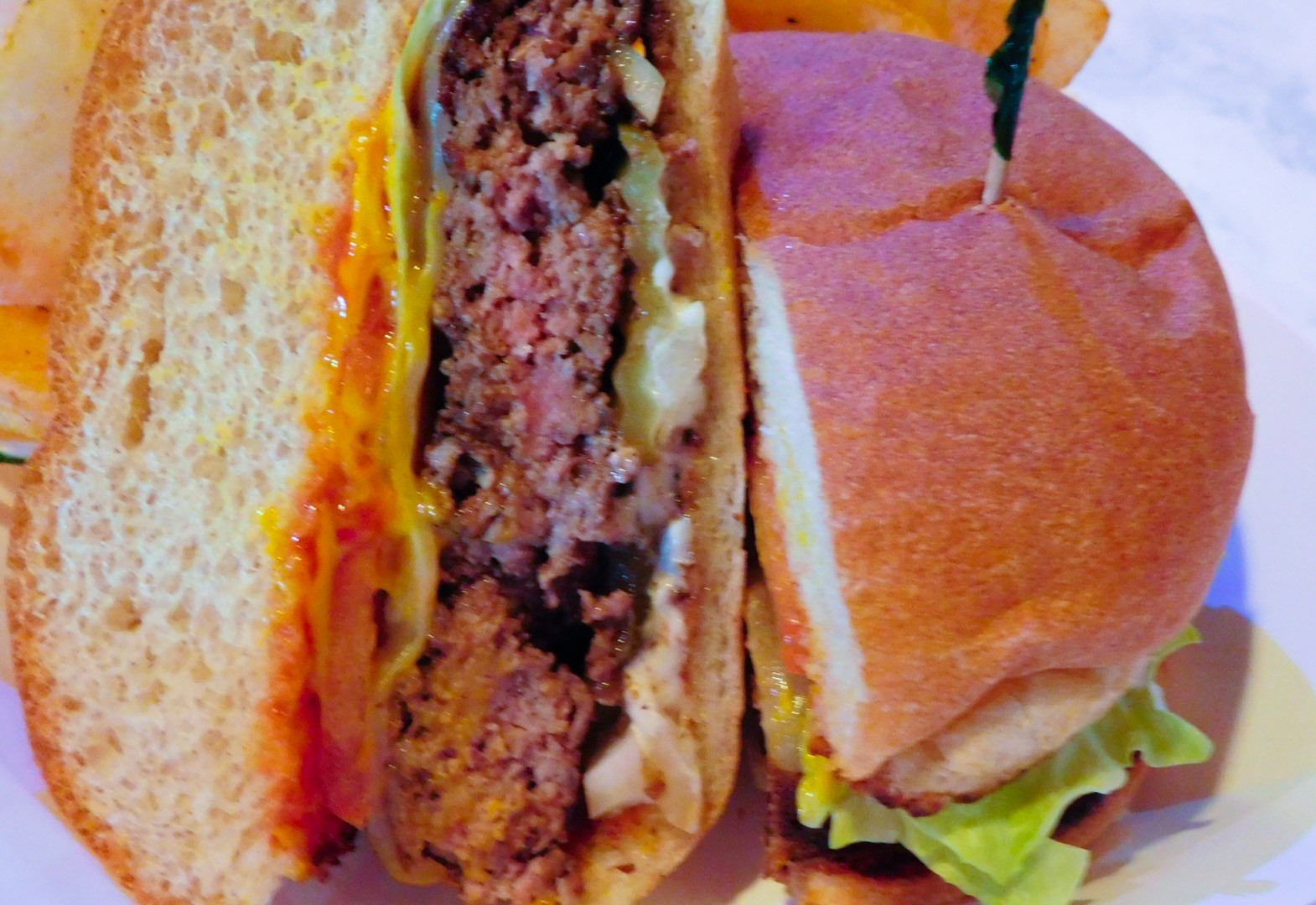 The seven-ounce patty was cooked medium and had wonderful flavor. Fans of the Midtown hamburger will recognize this method, but it has a little less salt and more “tang” possibly from worcestershire sauce.

The cocktail list is still evolving asn Robinson and his staff settle into the new grind. This was a soft opening and several of the recipes are still being tweaked. In addition to the specialty cocktail menus, Fourquarter is planning to include a section of Mules, derived from the Moscow Mule.

The Sazerac post mentioned that Fourquarter was expecting to include on on their NOLA themed drink menu, and it did not disappoint. The Sazerac here is a bourbon-based sazerac that could have come out too “soft” without the backbone of the rye, but the choice of nothing but Angostura bitters provides the edge that the mellower Peychaud’s would not have given. The exact amount of bitters is still being determined, but the absinthe gives it a great nose or smell that permeates your body and engages your senses. This could well be the signature drink of Fourquarters. 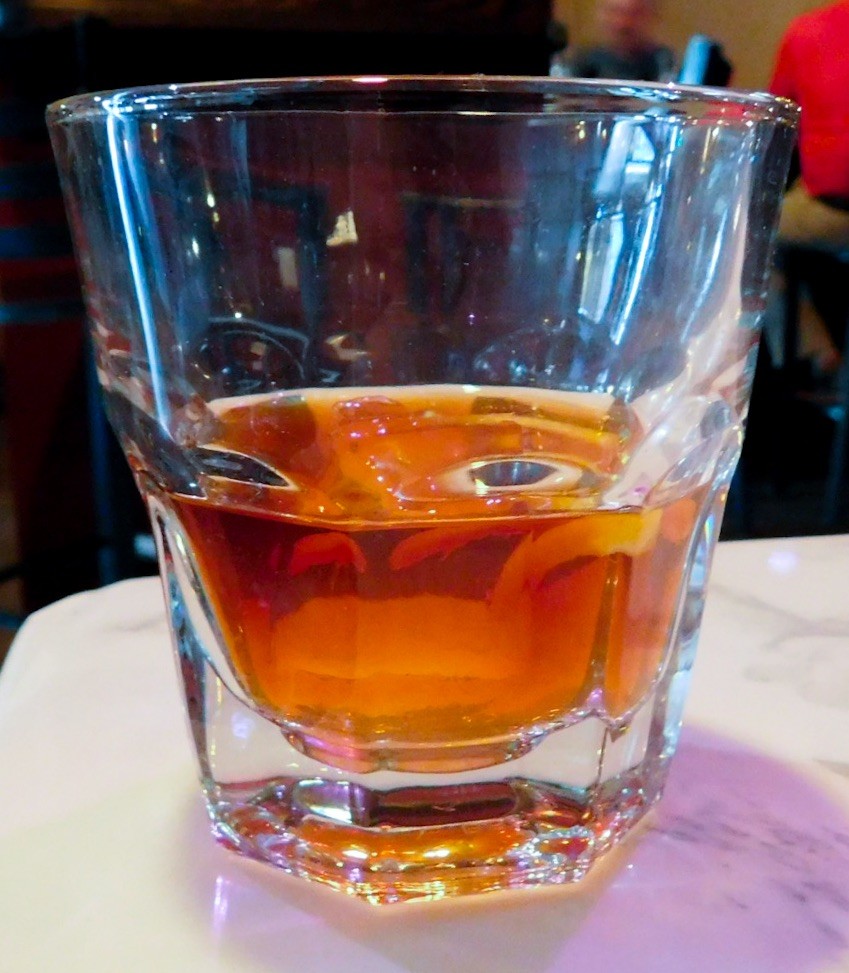 One thing Robinson wanted to do was to get to explore of of the burgeoning cocktail culture instead of just speed production from Midtown. To that end, the Ginger Storm, a variation of the Dark and Stormy, features freshly muddled ginger with rum and lime juice topped with ginger beer. The Ginger storm is a little sweet, but with a tingling excitement of ginger hanging on. Robinson said they are considering making the drink even spicier as they move towards the official open. 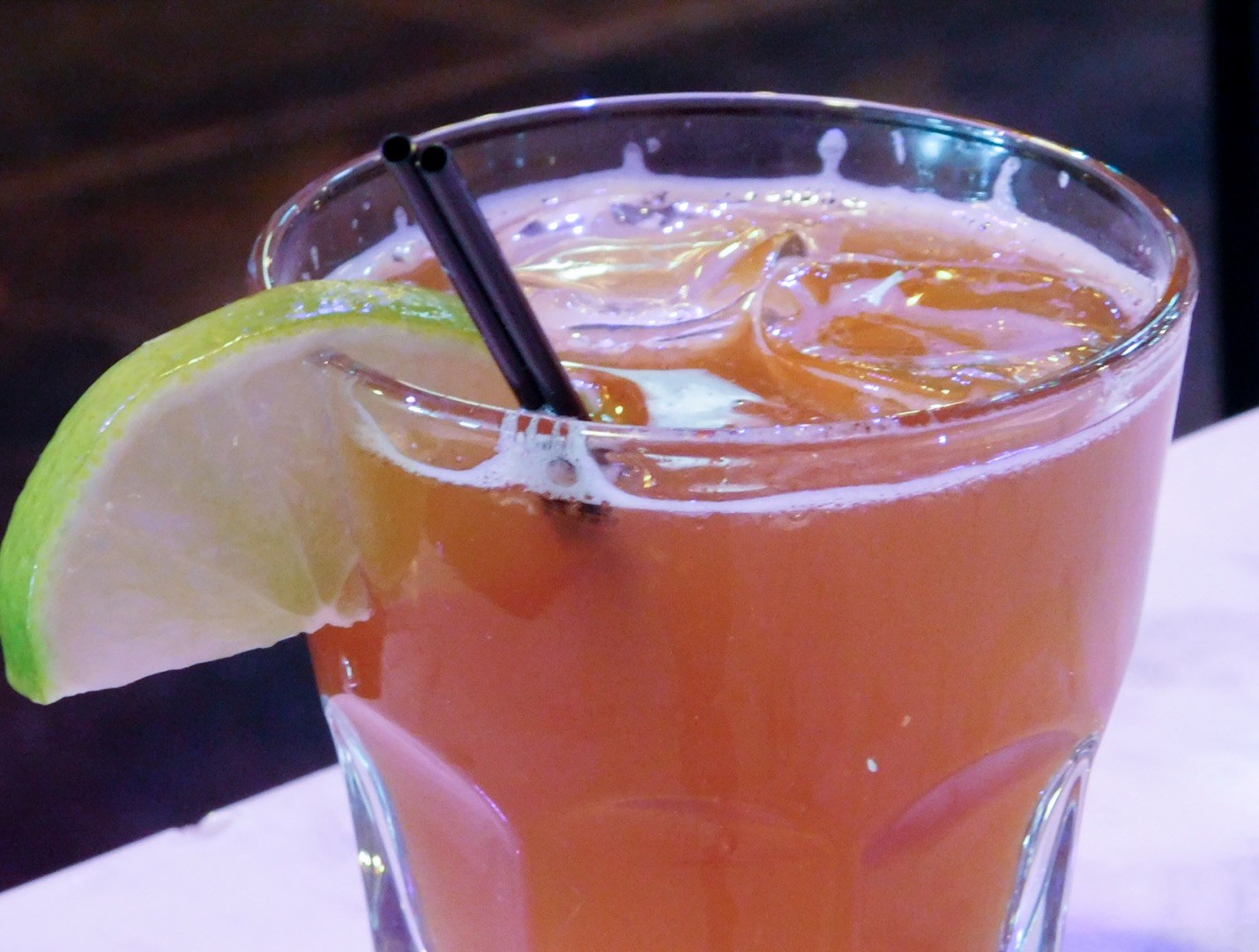 The White Margarita is a Paloma inspired Margarita that incorporates grapefruit juice with Siembra Azul Tequila, Cointreau, and lime juice. The salt rim was expertly applied and the salt on the inside of the rim slowly incorporated itself into the drink. It still came out a little tart and bitter, but Robinson is tweaking the in-house sour mix recipe so that they can add the touch of sweetness this drink needs. 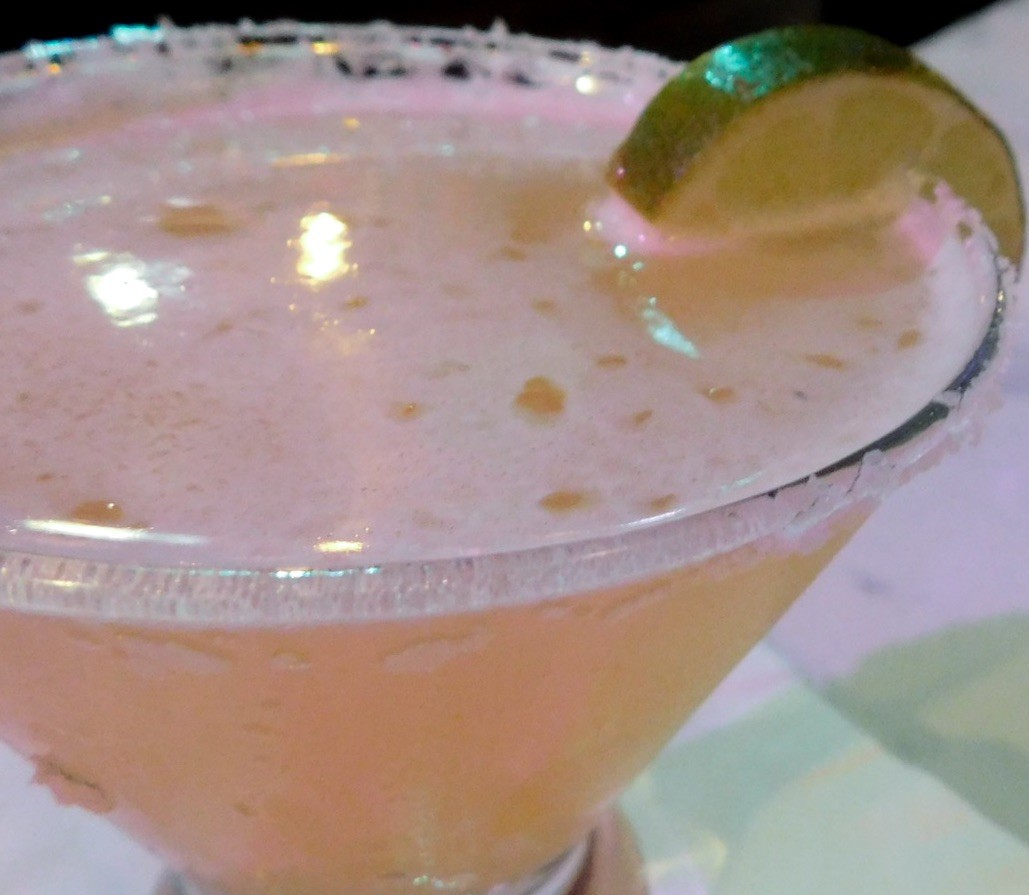 Are you excited about this new addition to Argenta? What do you want to see from Fourquarter as they work through the opening jitters of the soft opening?