The Paragons were a group from Searcy, Ark., that in 1965 traveled to Sun Studio in Memphis to record a British Invasion-flavored rendition of “Black and Blue,” a song dating back to the 1920s. It had been famously adapted by Louis Armstrong to reflect the era’s racial discrimination, and had also previously been recorded by Frankie Laine, who had a Top 40 hit with it in 1947. I spoke recently with Paragons guitarist Bill Benz, along with Doris James, who recalled Zay-Dee Records, her ex-husband George Whitaker’s label, which had released the Paragons record in early 1966.

The group began in Searcy in the late 1950s as a four piece band featuring schoolmates Tommy Bryant on bass and Jerry Frazer on keyboards.

Benz: “Somebody would come along and say hey if I buy a keyboard can I be in the band, and we’d say yeah, that’s how we got our keyboard player. Bill Jefferey played drums, the bass drum was the high school marching drum and had Searcy High School on the outside. It was probably 50-60 inches around, he did put a foot pedal on it.”

Jefferey lived near the city’s black community and was friends with the area kids. He brought in five singers, including Noel “Sun Sun” Young, to join the group and they performed many of the R&B hits of the day. It was one of the first integrated groups in the area and caused some controversy in the small town. Many didn’t approve; they had a hard time finding venues.

Benz: “At one time they had a big party out at the fairgrounds, it was put together by a black group. We kind of got shut down after that. We drew a big crowd, it was mixed and that didn’t go over real good.”

Soon after that, the local black singers left the group. The band pressed on and developed a large regional following, selling t-shirts and maintaining a fan club. The group attracted the attention of local Zay-Dee record label owner George Whitaker. Zay-Dee began in Batesville in the early 1960s, where Whitaker was a DJ at KBTA.

Benz: “We were rehearsing one night and this Whitaker guy drove by, I think he was visiting somebody, and heard us practice, of course you could hear us all over the neighborhood because, like I said, free air conditioning, and we had the windows open to the Community Center. We would actually break into the Community Center and practice. He came by and heard us practicing and asked us if we wanted to do a record, and of course we said yes, and I think the way I remember it he wanted us to do ‘Land of 1000 Dances.’  At that time it hadn’t been a hit.” 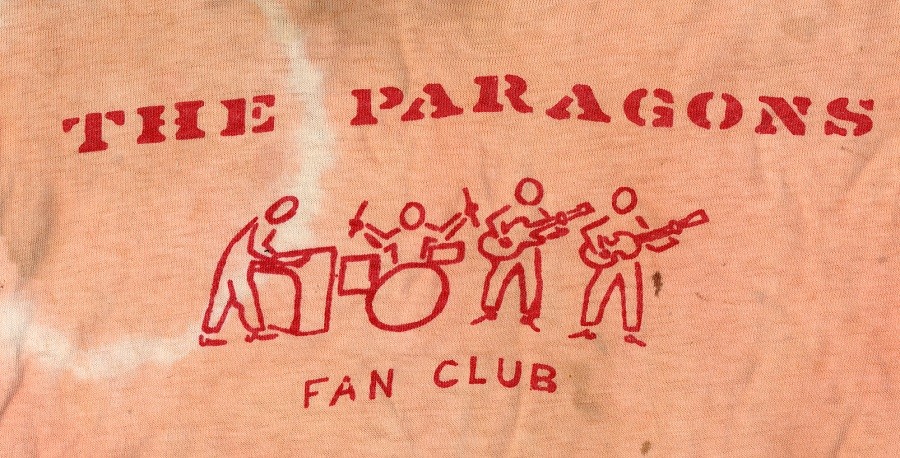 In the meantime Cannibal and the Headhunters did a hit version of “Land of 1000 Dances,” but Whitaker was still interested in the group. He was in the process of relocating to Marianna, Ark., where his father owned the radio station KZOT. Whitaker was taking over as general manager.

Benz: “We went over to Marianna, he had a radio station, he was a DJ and it was hilarious man, you know we drove all the way and he had like burlap bags that they wrap bails of cotton in, you know like a studio thing to dampen the sound, and it still had the smell of the cotton seed, you know the poison, we couldn’t record it was so bad. We ended up going over to Sun Studio, the same studio everybody recorded at, Elvis and everybody. We had Stan Kessler as our producer and he had produced “Wooly Bully” that year, it was the #1 song of the year, and Whitaker was paying him $250 an hour back then, that’s more than today’s prices, but that was the number one producer that year and he actually produced our record.”

Whitaker wanted the band to record the song “More” from the soundtrack of “Mondo Cane,” a hit 1962 Italian documentary that had shocked western audiences with images of strange rituals.

Benz: “The bass player for Ace Cannon was in the recording booth and he wanted us to do a cha-cha on the ending. We didn’t like that and so they wanted to know what we wanted to do on the other side. Well we wanted to do ‘Black and Blue’ because everybody really loved that song. It’s an old one, I’m thinking maybe Frankie Laine did it, it’s kind of a ballad, you can tell what it is, it’s a protest.”

“Black and Blue” was a tribute, in the band’s eyes, to the black singers that had left the group under pressure from the community. 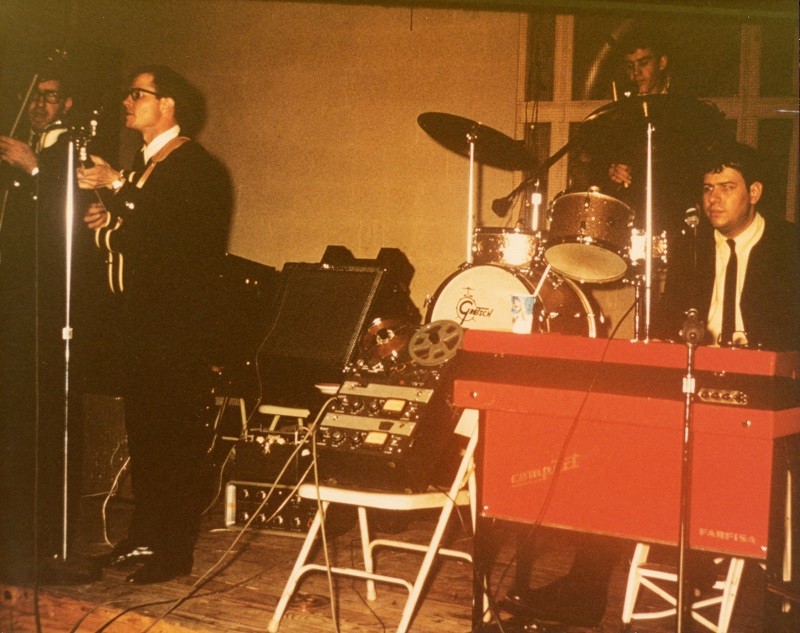 Benz: “When that all that dissolved we kinda felt like that was a recognition of the situation, the way it was, they were black and blue.”

James: “The Paragons were the first group to come up with a sound worth investing in a real studio session. The first time we ever heard the band play that one, it was wow, we gotta put that one out! George’s job at KBTA paid lousy and he was driving an ambulance part-time. We scratched up the money and took the band to Memphis to Sun. It almost caught on. We hoped to at least have a one-hit wonder out of Black and Blue. We mailed out copies to radio stations and George made phone calls and personally visited as many stations as he could. We sold more copies locally among friends, acquaintances and the band member’s families. We did manage to make some money out of Black and Blue, though. It made up for the loss on the ones preceding it.”

The Paragons continued up until the late 1960s, when the group drifted apart as various life obligations intervened and split the band up organically.

In 1999, the group reformed for the 1969 Searcy High School reunion. For the show they were reunited with the only living member of the five original singers, Noel “Sun Sun” Young, who performed with the group at the memorable event, bridging decades of cultural history.