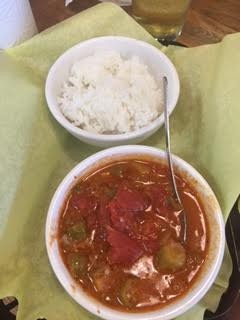 Little background: my mother was born and raised in New Orleans, so I have been exposed to the best Cajun food in the world, including boiled blue shell crabs, tender gulf shrimp and every kind of oyster prepared every kind of way one could imagine. So I speak from experience when I say that Lulu’s Crab Boil, the latest restaurant from long-time Little Rock restaurateurs Bill and Lulu Chi, was a little disappointing.

When we arrived we were greeted by a very friendly gentleman who sat us and immediately sent over our server. We ordered two bottled beers that were very chilled and served with an ice cold glass—always a plus! I immediately asked for a pound of crawfish, which we were denied, because the “boiled” options are only available after 3 p.m. Sad but determined, we decided to go with the fried oyster appetizer. This, we would later find out, would be the best thing we ate. The oysters were friend to perfection with Zatarain’s fish fry as their breading. The only problem? There were only six oysters for a hefty $13.

Hopeful, we ordered our lunch, both craving shrimp (second to boiled crawfish that we couldn’t get). First, we asked our waitress if the shrimp fresh and if they were big—Mom and I don’t do baby shrimp…anywhere. We were assured that these were fresh, big shrimp, so mom ordered blackened and I got fried, both with a side of okra and tomatoes with rice. 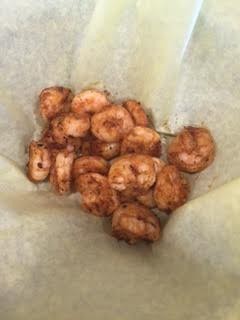 When the shrimp shrimp arrived, they were not fresh, and while not baby shrimp, they were definitely small. The tartar sauce that accompanied our baskets was definitely homemade and delicious, runny and not too thick (which I prefer when it comes to anything with mayonnaise). Our sides weren’t much better: The tomatoes in the okra had barely been stewed and barely chopped, leaving some hard, with barely any flavor.

Mom and I finished up another ice-cold beer and tabbed out, disheartened that Lulu’s didn’t meet our expectations. I hate to give up, without even trying any of their boiled dishes, but after this experience, I would be wary to spend such an amount of money on another sub-par meal.