Three immediate thoughts crossed my mind Wednesday night on the way home from Verizon Arena, with a local classic rock station blasting a Journey Live cut of “Stone in Love” through my car speakers:

Having now heard Traffic’s classic “Dear Mr. Fantasy” played live twice in two months by founding members of Traffic, I wish Dave Mason and Steve Winwood, if they have any lingering differences, would put them away and reunite for a Traffic tour, even if it’s to play less-than-arena-size venues. I say that knowing how everyone who attended raved about Winwood’s portion of his show here with Steely Dan, and how accomplished Mason still seemed as the senior citizen on Wednesday night’s bill.

I wish the Doobies could somehow erase any record of those years without Tom Johnston touring or recording; and God help anybody who left last night’s show the least bit disappointed because they came to hear “What a Fool Believes,” which thankfully didn’t make the play list.

If only Journey would rekindle some of that late ‘70s magic and put out a contemporary album to feature lead singer Arnel Pineda, who mimics Steve Perry better than Perry could and now has outlasted Perry and any other featured singer in the band’s four-decade history.

The senior high classes of 1969, ’75 and ’86 and all in between and around were entertained with a completely satisfying four-plus hours of “San Francisco Fest 2016” featuring Bay area natives Journey and The Doobie Brothers, with special guest Mason (who hails from England, but didn’t seem to have the least bit of a British accent). Rather than recite the set lists song-by-song here, 40 in all, we suggest visiting the website setlist.fm (the sets were the same as the show in Oklahoma City, if you find the Verizon show still hasn’t been updated) for a run of songs, while we just hit on the highlights. 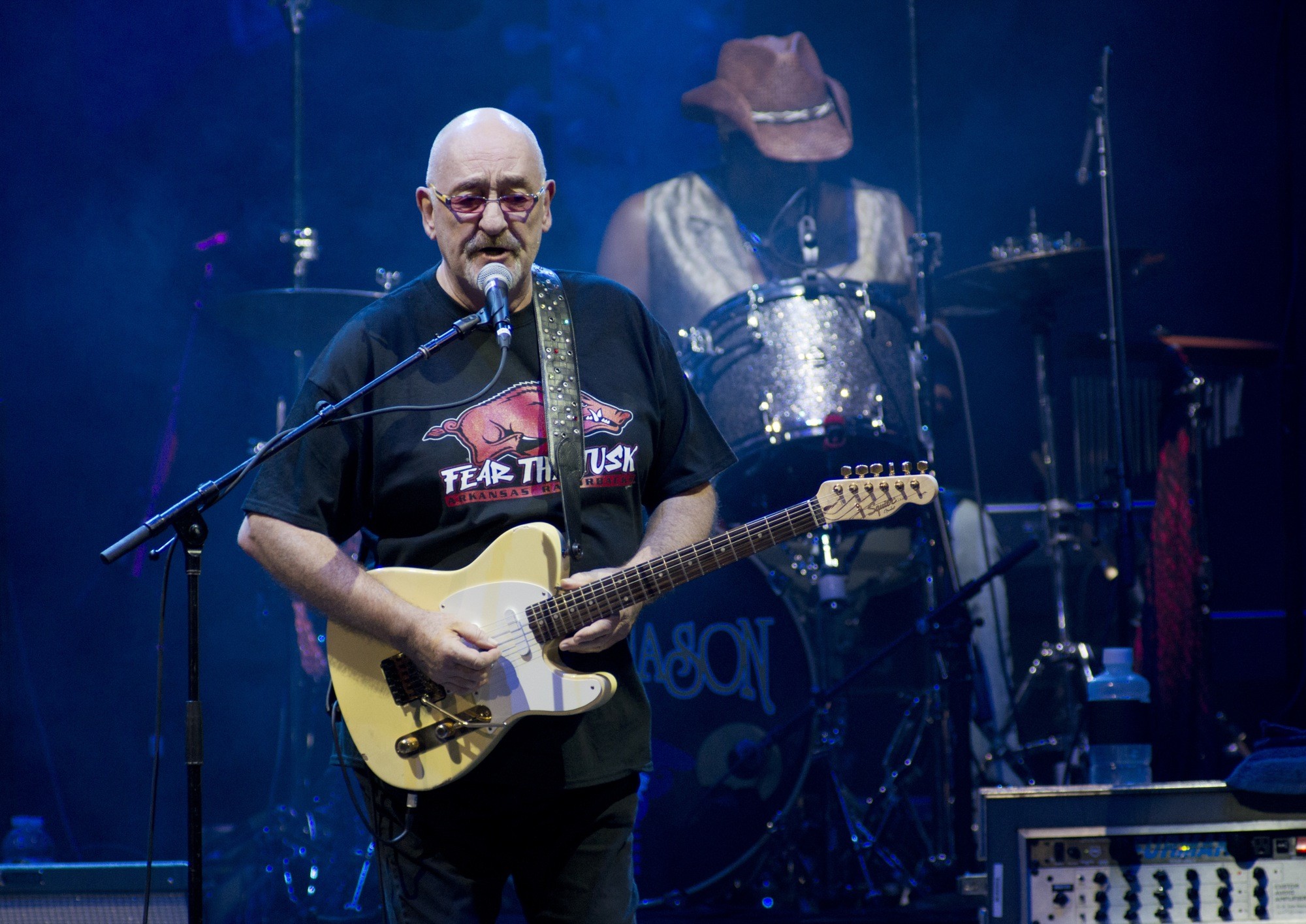 Mason’s seven-song opening set kicked off three minutes early, but most of the fans in the floor seats were in place on time for “Only You Know and I Know.” We imagine Mason makes enough on royalties from the hits he’s penned to not really have to do this unless he loves it, and that showed through in his set, just as it did with Winwood back in late June.

Most in the crowd probably knew Mason from his 1977 chart-topper “We Just Disagree,” but for the younger fans on hand who probably knew only the Journey songs, Mason educated them with his own “Feelin’ Alright,” made famous by the late Joe Cocker, and Mason’s place in Jim Hendrix’s seminal recording of Dylan’s “All Along the Watchtower” (Mason played acoustic guitar during the sessions for the Hendrix album, that proximity leading Dave to call Hendrix the greatest guitarist ever). Mason’s own Hendrix esque “Watchtower” crescendo brought the crowd to its feet. 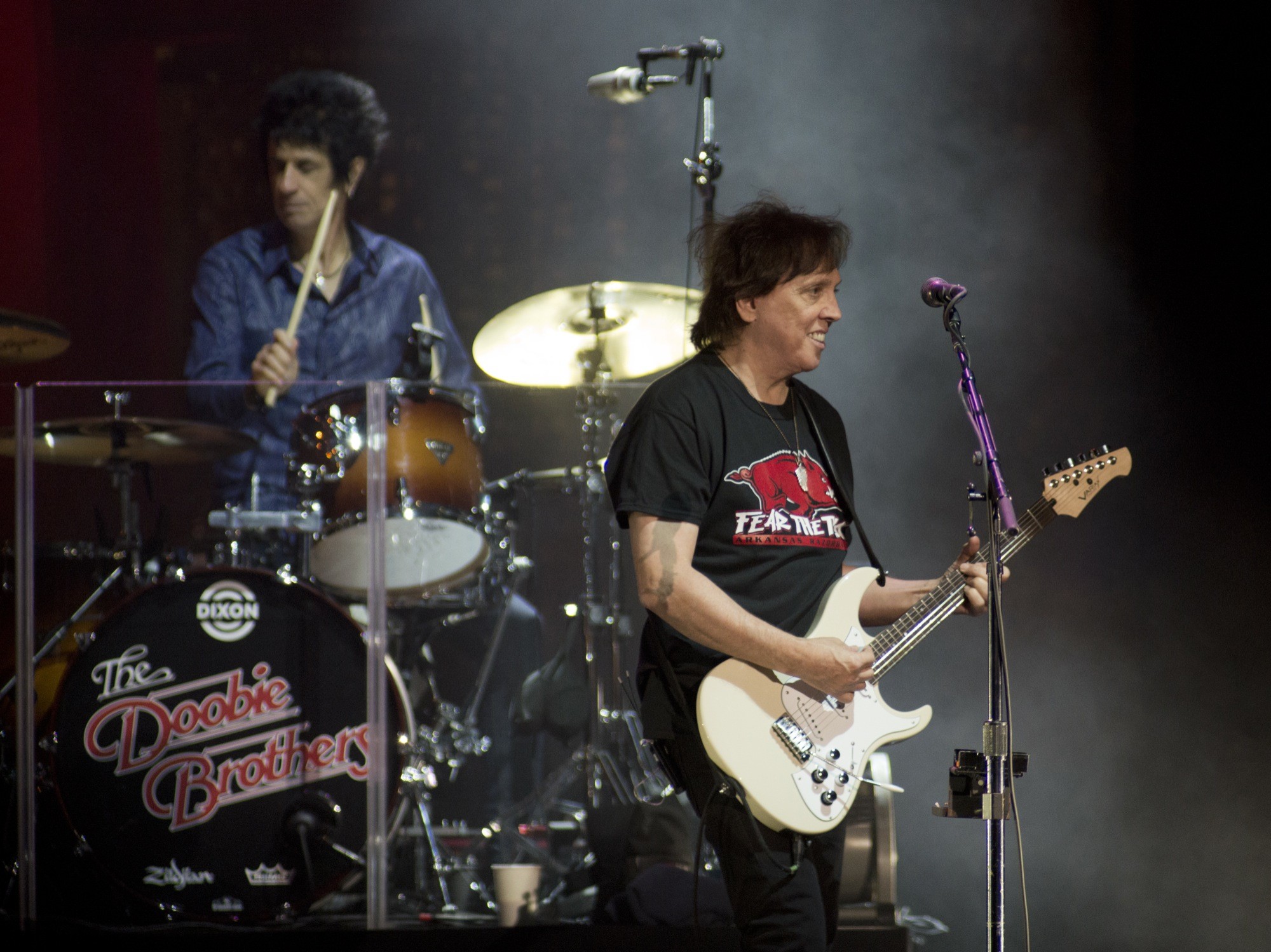 We’ve seen countless Doobie Brothers shows, dating to the 1970s, and this one was almost like being transported back to those days, though most of the faces have changed, with the exception of Tom Johnston and sidekick Patrick Simmons. Johnston was the dominant player in the band then, and he was again Wednesday night. It was mostly his show, though the band also highlighted the “sixth Doobie” from all those earlier recordings, Little Feat keyboardist Bill Payne; multi-intrumentalist John McFee, who also sat in with Mason on his last two numbers and sported a Razorback “Fear the Tusk” T-shirt; sax man Marc Russo; and Nashville-based John Cowan on bass and vocals.

From our distant seats, Johnston doesn’t look like he’s aged, still sporting his thick ‘70s black mustache, and he’s held onto much of his dark hair while the guys surrounding him have turned noticeably gray. And Johnston seemed to possess as much energy, not to mention the voice, as he did when The Doobies were rocking Barton Coliseum.

The mix seemed off on the vocals for the opening “Jesus Is Just Alright,” but the board man got it right the rest of the set. “Spirit” at mid-set was a high point, and seemed even more foot-stomping and fun than we remember it. McFee added flourish with a fiddle, the vocal harmonies were spot on. All that seemed missing was a banjo.

Payne’s moment to shine, showing off his instrumental piano virtuosity, set The Doobies up for a roaring finish of their biggest: “Takin’ It to the Streets,” “The Doctor,” “Black Water,” “Long Train Running” and “China Grove,” before they answered the encore call with “Listen to the Music.”

The crowd of 7,301 people was on its feet as The Doobies wrapped, and even the break between bands didn’t squelch the momentum leading into Journey, and there were only rare moments when the crowd sat down during the final set. Like with the balky early moments for The Doobs, though, the mix board seemed off, and Journey’s first few songs sounded muddled; Neal Schon’s lead guitar could barely make it above the din in “Be Good to Yourself.” But the band and the board hit their stride by “Stone in Love,” five songs in. 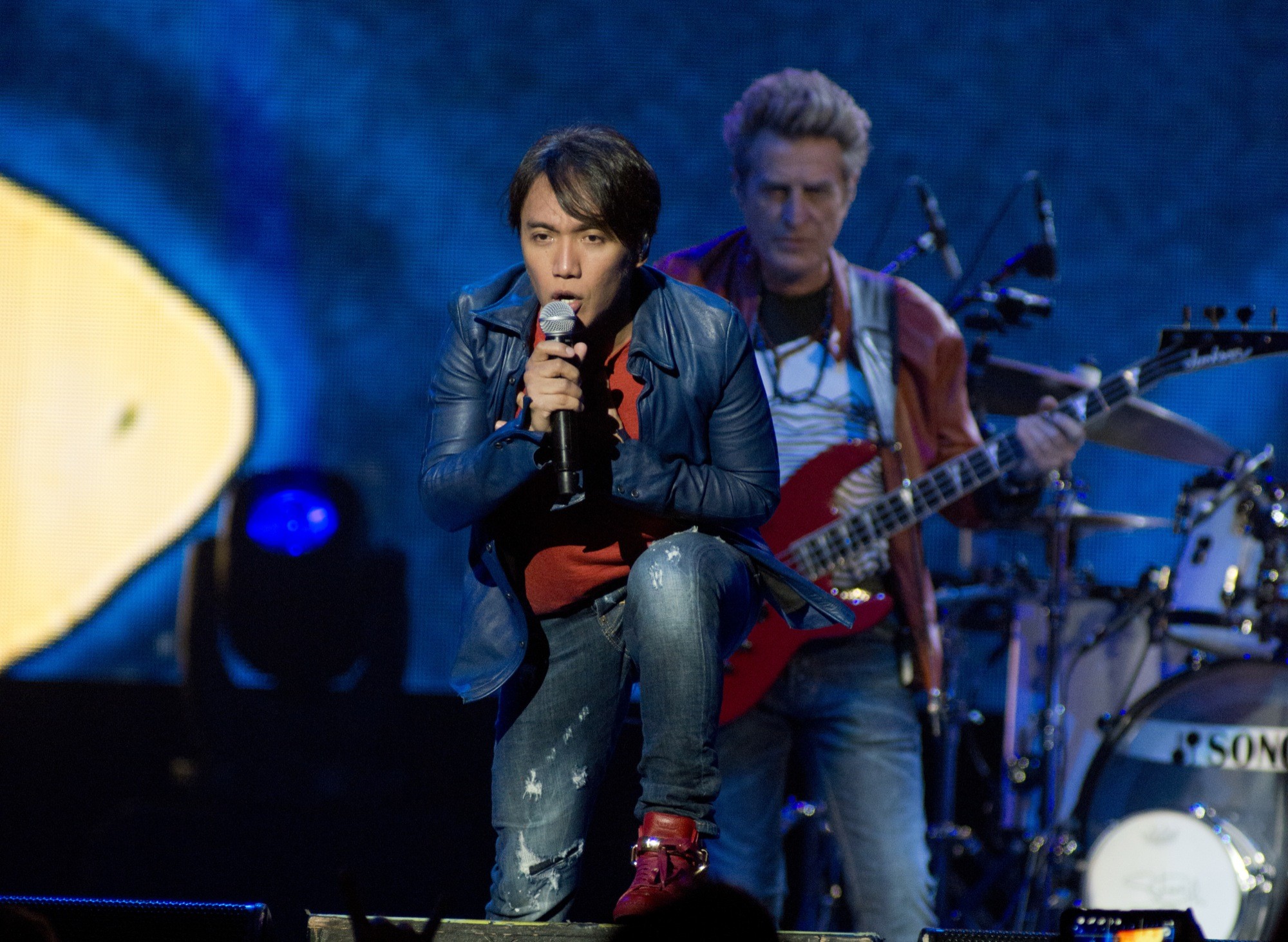 Yes, there are some diehards who simply cannot see Pineda as anything more than an “American Idol”-like fill-in for Perry, but he’s won many more over with his personality, smile and energy – and everyone who follows Journey knows how the band summoned this one-time super fan from the Philippines to be their singer.

But Journey’s “front man,” and obviously leader of the group, is Schon, who took every opportunity to show off his chops on an array of guitars and his accompanying guitar face. At times it almost got too cheesy, and while Schon is amazing with his fretwork, he also seems to have no idea what note he might find in his frenetic leads. Looking like he was ready to step into an MMA ring, Schon was all over the guitar neck for what has become a traditional Journey rendition of “The Star Spangled Banner,” and by the closing encore “Lovin’, Touchin’, Squeezin’,” the average fans had heard enough lead.

Pineda, in red high tops to brace his many leaps on stage, impressed with what we thought at the moment would be the show’s tour de force, his impassioned “Open Arms.” He positioned his tiny frame atop a mid-stage monitor, the front row throng trying to reach for him. But Pineda one-upped himself with “Faithfully,” penned by keyboardist Jonathan Cain, who made note of his father’s hometown of Paris, Arkansas, and the relatives he has from there who were in the audience.