Arkansas Times Recommends is a series in which Times staff members (or whoever happens to be around at the time) highlight things we’ve been enjoying this week. This week, we offer suggestions for the gift-giving season.


There are so many ways to eat toffee. You can just snarf it down in chunks and chomp a while on the crunchy combo of chocolate, nuts and magically transformed butter and sugar. Or you can separate the chocolate from the hard caramel and eat it first and the candy second. Or the reverse of that. Or you can just put a piece in your mouth and see how long you can savor it there before you must chew.

However you like to eat your toffee, you will really like it if is Lambrecht toffee, made in Heber Springs for more than a decade but sold as Lambrecht since 2008 when David and Nancy Smith of Heber Springs decided to become their own company. A friend brought some over recently and I sniffed, saying I didn’t eat such fattening things. I am too strong for that. Actually, I knew I’d be lost if I took a bite of Lambrecht’s Southern Pecan toffee. After an hour, though, I couldn’t stand it anymore. I started out with slow nibbles, but before I knew it I was mowing through the bag like a chipper through wood. I did not confess that I was not a Lambrecht virgin, either. I have an 8-ounce box of Lambrecht’s Karma, made with slivered almonds, hidden in my closet for stocking gifts. 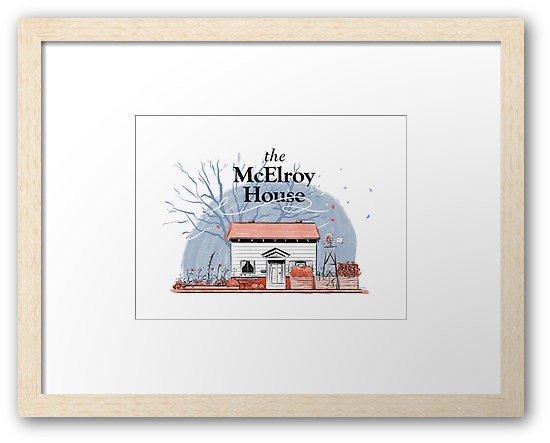 In my opinion, there has never been an administration who put low-income and poverty-stricken Americans, people of color, immigrants, the LGBTQ community, women, children, and the elderly high enough on its list of things to elevate and empower with the resources they need. This is particularly consequential in rural America. The McElroy House in Dardanelle agrees now more than ever. They are a “grassroots community-based organization working to find local solutions to local problems” in Pope and Yell counties. Get details on their Facebook page. If you want to support what you see and get someone you know a nice little gift, go to bit.ly/mcelroy-in-the-fall. (Full disclosure: 1. I am the husband of the founder, 2. I am a member, 3. I created this artwork for the McElroy House, and 4. I am donating 100% of the profit to the McElroy House. Just so you all know.) 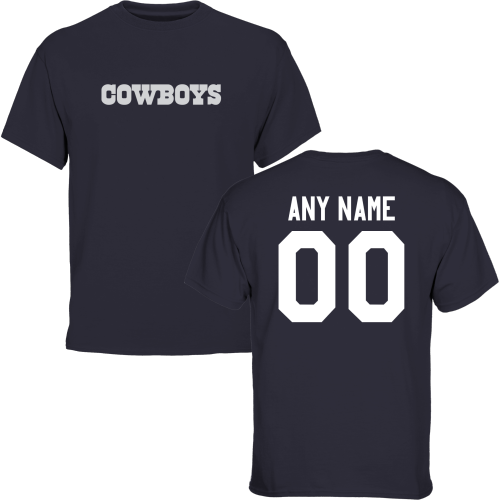 Perhaps the only thing more difficult that buying a gift for someone without hints as to what they want is advising strangers what to buy for other strangers. I’ve found most gifts people give you if they didn’t know what to do fall into 2 categories, gift cards (AWESOME) or something that you will both pretend was cool, but was clearly a “screw it this is 20 bucks and it’s here” decision.

But this year will be different. A friend is sending me a custom hockey jersey with my name on the back and I could not be more excited, though there are few places where wearing is would feel normal in Little Rock. Buy your sports fan a custom jersey straight from the NFL. They will love your for it, and it’s not too pricey. 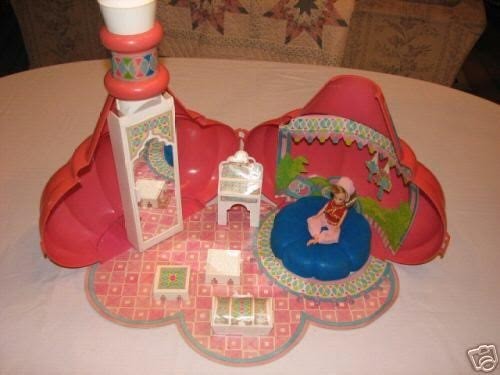 The best Christmas present this Gen-Xer ever got was given around 1982. Growing up a latchkey kid, watching television after school was clearly the best use of my time, and next to after-school specials, reruns of “I Dream of Jeannie” were what held my attention – and my heart. That year, my momma delivered the best. gift. ever. when she located the Remco “I Dream of Jeannie Dream Bottle.” I’m sure it was used, as the original came out in 1976, but my wish had been granted and I couldn’t have been happier. Over the years, the bottle was lost, or sold, or given to some younger relative, but to this day I wish I had it. Instead, I’ll have to comfort myself with some other cool “I Dream of Jeannie” products. My personal favorites are the handmade stemless wine glasses and the bottle-charm necklace. But I’ll take whatever magics its way under my Christmas tree.

We all bemoan the slow creep of the holiday retail messaging’s sensory assault ever backward into the “early fall” portion of the calendar year, but I’d suspect that the head start doesn’t actually make gift shopping any less harried for most people. The average American’s work week doesn’t leave much room for pensive strolls along rows of glowing tinsel-clad boutiques, tidy list clutched in hand. Most of us do it from the computer screen. With only a handful of exceptions, I’m able to recall in much more detail the handwritten letters I’ve received from friends and relatives than I am the contents of the packaged gifts I’ve opened. For these reasons, I’m inclined to suggest we forego a substantial chunk of our gift-giving altogether, sit in the comfort of our own homes and write letters to our friends and family instead. Before you roll your eyes, I’ve anticipated (and tried to assuage) a couple of objections to this suggestion.

1. Won’t that come across as cheap?

You mean cheaper than it came across when you bought the tree ornament or the noise-cancelling headphones at the Walgreen’s down the street from your aunt’s house, and then wrapped it in the car? They were never the wiser, but isn’t that sort of…..not the point? For most people, gift shopping is a trade-off between time and money. That is, “I don’t have enough time to think a lot about the gifts I am giving, so I am spending a twenty dollar bill so that I’ll have something.” But how many times are we buying the something because it’s what you knew the recipient wanted? Look, if you were 100 percent confident that the ornament and headphones were exactly what the doctor ordered, then right on! I am not usually so certain, though, and I’ve often been left with a less-than-Christmasy feeling when my recipient unwraps a gift I got them just because I felt I needed to walk in the door with something – anything – in hand.

Yeah, that’s a hard one. Worse, the rest of the world goes on Christmas break and into gift crisis mode at roughly the same time you do, which means gift shopping is an activity rife with stoplights, congestion or – if you avoid all that mess and do it online – shipping costs and wait time. Either way, it takes time, and time is hard to come by. There’s a reason we refer to it as a ‘commodity,’ and a reason why productivity experts are treated like the Maharishi Mahesh Yogi. But here’s the thing: spending your time connecting with your loved ones – even in a fumbling way – is a pretty sure bet. You might leave the Best Buy empty-handed, exhausted and still starving at 8:30 p.m., but a letter’s a letter, and I’d be willing to wager that even the most cynical of your relatives would remember the effort you made, even if they don’t remember a word you wrote.

Start with this: “I thought I’d try something different this year, and wanted to write a little bit to let you know what’s been going on in my life, and to find out what’s going on in yours.” Then, scroll through your social media posts. Or your phone camera gallery. Or your Google calendar. Chances are, you’re gonna find something notable that happened this year to write about. If you don’t, ask the recipient some questions. Jokes about gun-totin,’ Trump-votin’ uncles aside, I think you’d be hard-pressed to find someone who’s interviewed any of their family members and regretted doing so. You might find that, having widened the circle of your correspondence past the bounds of your digital connections, you’ve started up a conversation with someone who’s been there in your life all along, but who you barely knew.