Read this month's issue
Browse the issue archives
Advertisement
Home Eat Arkansas Shucked Surf & Turf lacks excitement
Shucked Surf & Turf Shack, located at 2480 Sanders Road in Conway, opened last spring to little fanfare in a building that has seen several restaurants come and go over the last few years. Billed as a seafood place with a “beachy vibe,” the restaurant suffers from the same issues as many other similarly-themed eateries in landlocked states. In short, it tries to hit a mark it can’t possibly reach without fresh-caught seafood and a true beach culture informing the menu.

I had no idea what to expect, and so when I walked in and found it was in fact decorated a la beach restaurant, I was somewhat surprised. All it needed was alcoholic beverages with little umbrellas to complete the scene, and of course, I was quickly presented with the drink menu. Unfortunately, the beverage did not blow me away. Named Bloody Hook, the little red drink, instead of being a well-blended cocktail, tasted like Jägermeister with some other stuff mixed in. It wasn’t terrible, but it wasn’t great. 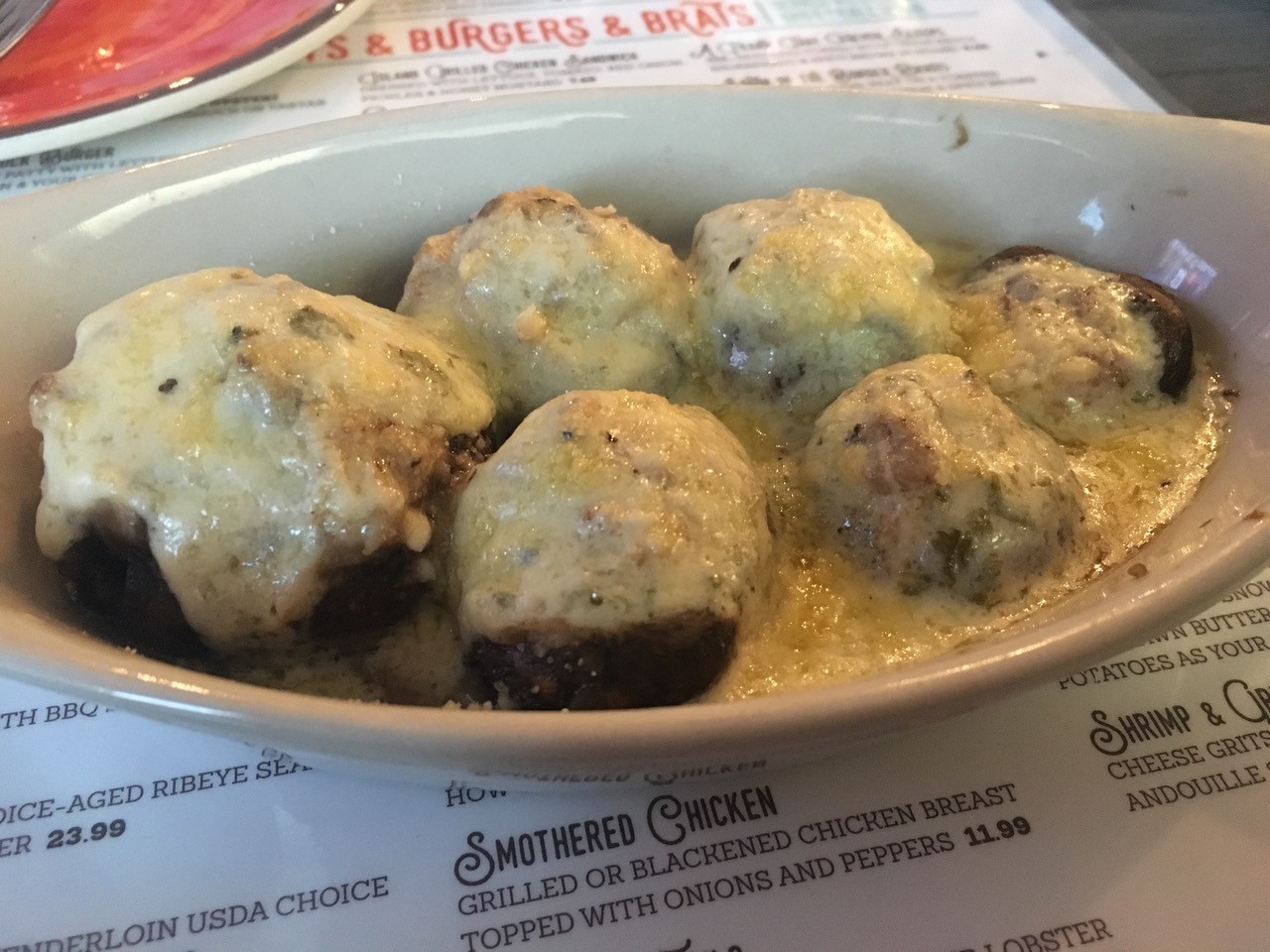 But, the food’s the thing, right? Well, sort of. The food was actually a mixed bag—beautiful on the surface but disappointing, even bland, on the tongue. On the one hand, my friend ordered a salad of lovely greens with a nice cut of salmon on top, and she was quite pleased. The stuffed mushrooms, too, had nicely-cooked crab in greasy-in-a-good-way mushrooms topped with parmesan. But, my other companion ordered a side of cheddar potato hash (again with cheese on top) that was a cross between mashed potatoes and hash browns. Generally, I like potatoes in any form, but I have to admit these were suffering from an identity crisis that made them underwhelming. Also on her plate were two shrimp tacos. Now, the shrimp was firm and tasted fresh, which of course is the most important thing, but the dressing was, again, unexciting. 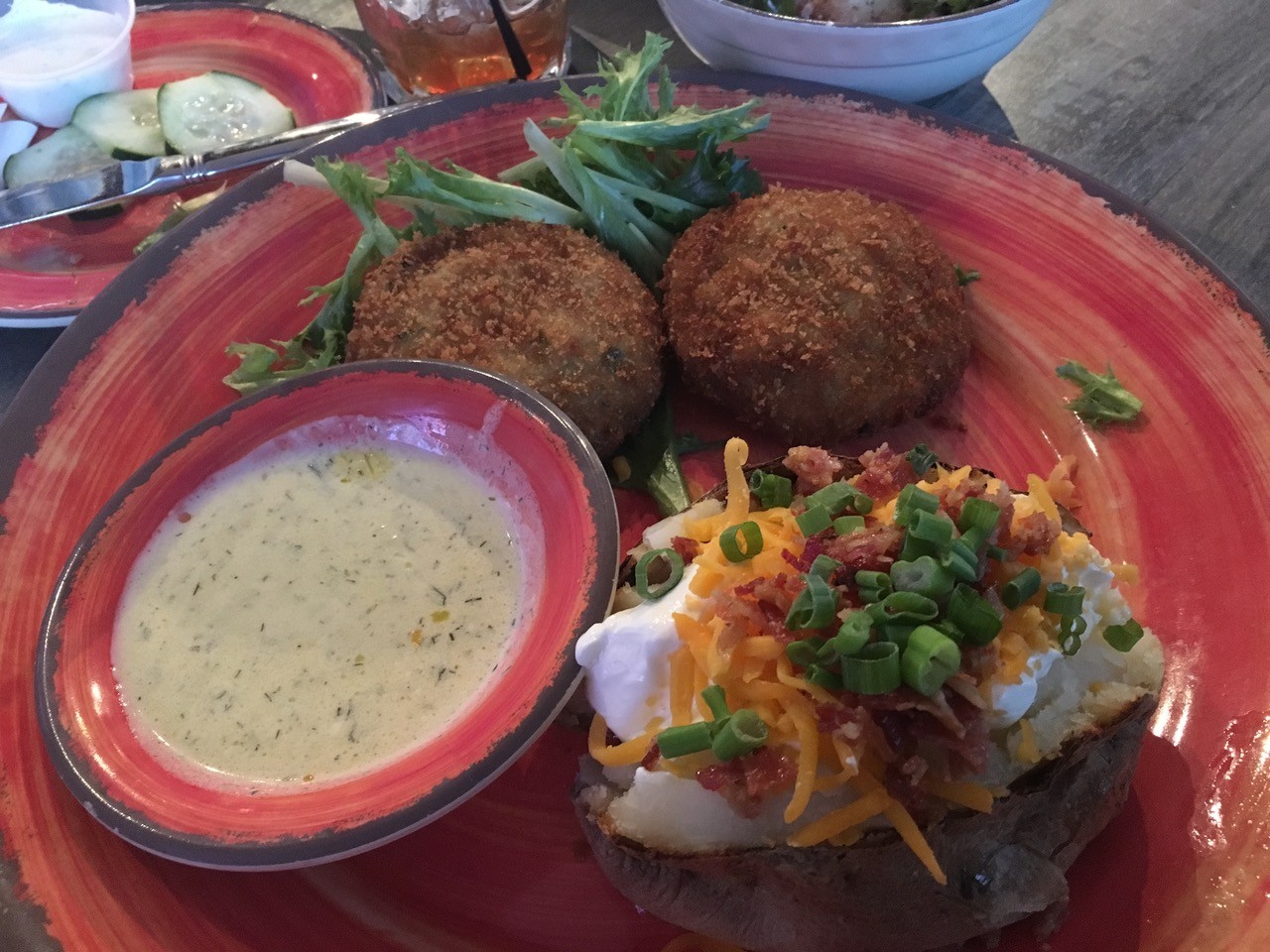 My plate also had its ups and downs. My side salad was basic, but had good lettuce and big croutons. The crab cakes were perfectly adequate, crispy on the outside and decent shredded crab on the inside, although they came with some dill sauce that was not at all a good flavor match. The loaded baked potato was quite nice, though I’d be concerned if it hadn’t been, given what it is.

For the most part, our experience was fine. The waitress was attentive and friendly, the meal didn’t have any noteworthy issues, and the fish was all well-cooked. That being said, it just wasn’t all that memorable. The prices were on the reasonable end of the spectrum, but I’d rather pay more and remember the meal fondly two days later.