A friend of mine has been talking about La Estrella, located at 356 Harkrider Street in Conway, since summer of 2016. Over Christmas, we finally managed a meal there and I’ve been thinking about it ever since. Last week, I took my spouse to experience the goodness. La Estrella is part of a grocery that sells various sundries, and it also has a bakery cabinet featuring house-baked pastries. It becomes clear that you’ll be eating authentic Mexican food as soon as the menu is presented, much of it in Spanish. No Tex-Mex here.

For my meal, I ordered beans, rice, and basic tacos. The tacos are a steal at $1.50 each, and you can select different meat for each one. I went with two beef and one lingua. Yes, lingua. Anyone who’s experienced authentic Mexican street food won’t be shocked to read that tongue is on the menu, but for those of us for whom the concept is new, just trust me: you want to eat it. This version is shredded and, despite what you may imagine, possessing of a subtle, mild flavor that serves as a perfect carrier for whatever taco toppings you might enjoy.

The beef in my other tacos was thinly sliced rather than the more common ground, and in the case of these tacos, the meat is really the star. I’m not sure what seasonings are used, but the flavor just explodes in the mouth, and topped with some salsa verde? Perfection. The refried beans and rice were of the usual sort, but that’s also exactly what I wanted. 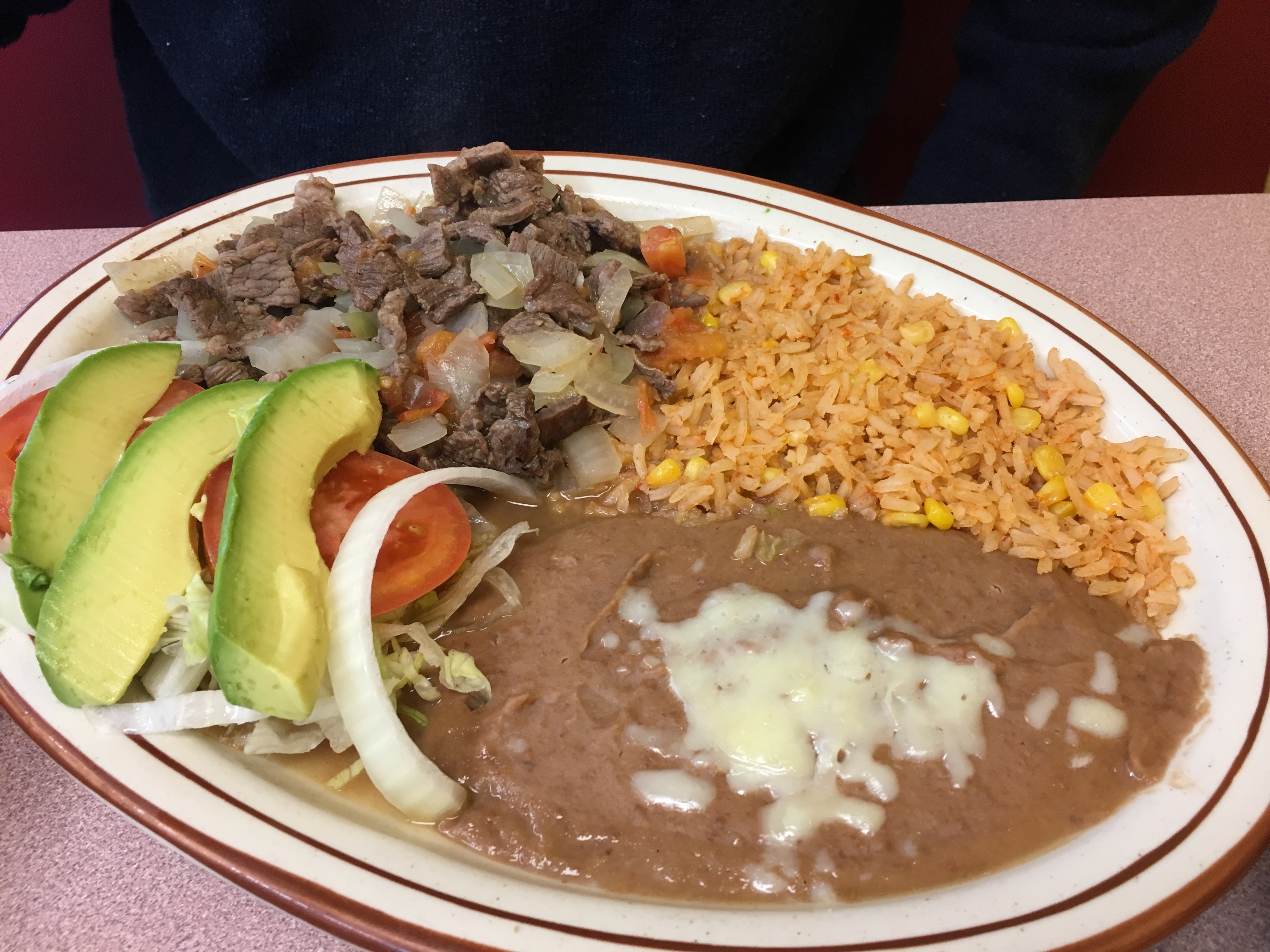 My spouse ordered a dish called Bistec Mexicana. He’s a gluten-free fella, and so he left off the tortillas. The meat was, again, well-flavored, tender, and covered in onions, which of course make any meal better. The grilled jalapenos were h-o-t, so be warned and get them on the side if that’s not your fave.

I originally ordered a water, but when my spouse asked for tea and was told it wasn’t an option, the server listed horchata as one of the alternatives. I had no idea what it was, and frankly, I still barely do, but I ordered one to try. Milky in both opacity and flavor, it tasted lightly of pineapple. It was incredibly sweet, but delicious. I’d recommend splitting it with someone as dessert.

La Estrella is where to go for authentic Mexican food in Conway—and pick up some pastries on the way out.