In 2015, Heights Taco & Tamale Co. opened in what used to be Browning’s Mexican Grill at 5805 Kavanaugh Boulevard in the Heights. As with most of what Yellow Rocket Concepts comes up with, this has so far been yet another hit. How I managed to go two years without visiting the spot remains a mystery, but lucky for me, a friend of mine had also not yet experienced HT&T, so we teamed up for a lunch trip last week.

Tamales are one of my very favorite things, so I ordered a single of the already-famous Delta version served up at HT&T. I added a Southmex Fried Fish Taco with Green Chile Tomato Rice and Drunken Veggie Black Beans on the side. My companion ordered one each of the Ark-Mex Enchiladas and the Verde Enchiladas, which she noted were quite good. They came in a hot cast iron skillet, which was beautiful and served to keep them warm, but does make for a slightly awkward eating angle. The cheese and enchilada sauce over top made for a delectable presentation.

As for my meal, I’d order it again—which is saying something, considering I usually don’t prefer hot tamales. These had a great flavor that wasn’t overwhelming, and the sauce, while tasty, complemented instead of drowned. Next time, I’ll order a whole plate. 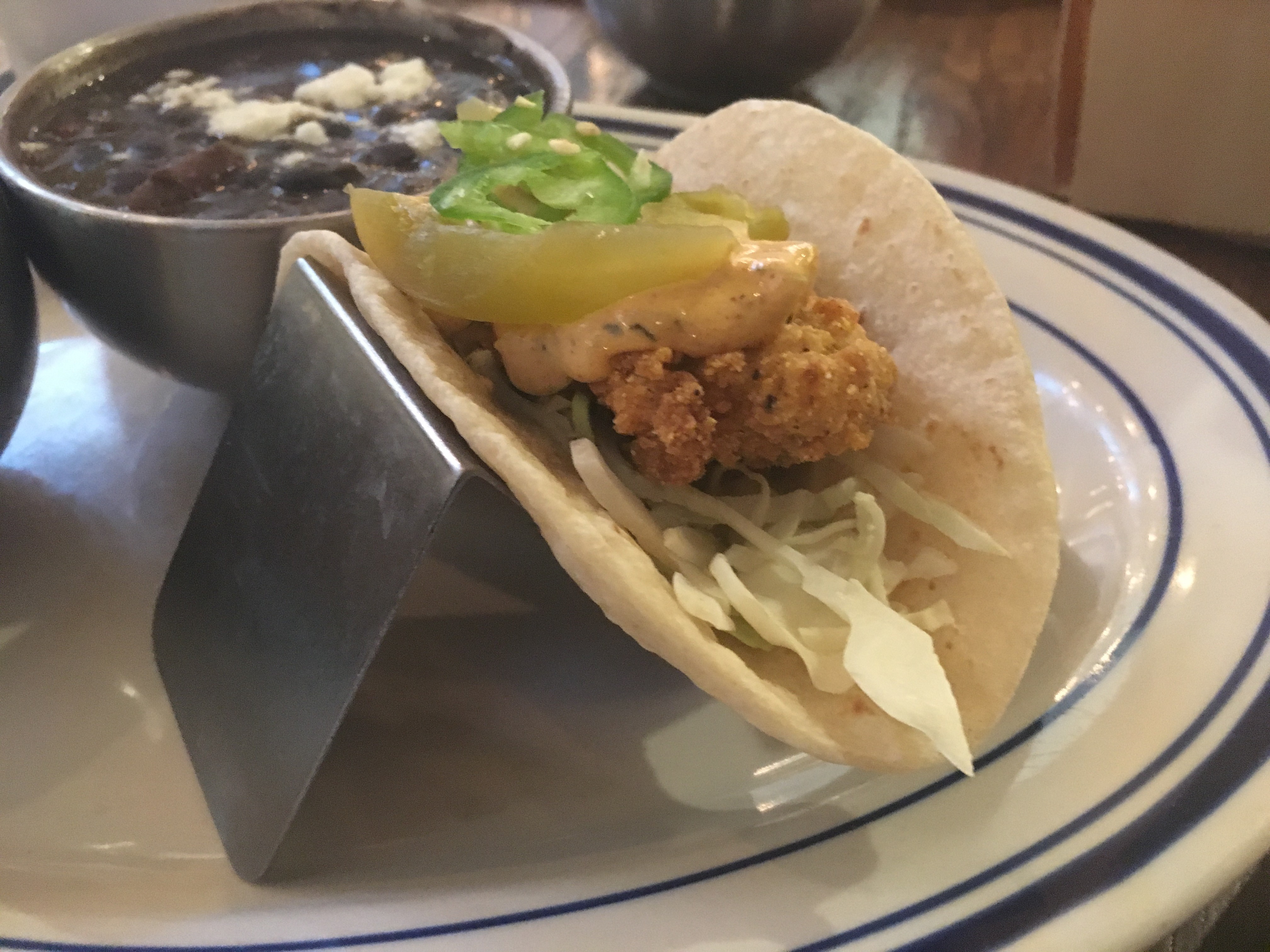 The catfish on my taco was nicely fried, and the pickled tomato on top brought the whole dish together. The house made flour tortilla was delicious, authentic in a way packaged tortillas simply can’t be. While the black beans were fine, they weren’t very exciting, but the rice was fluffy and full of flavor.

I’ve saved the first for last. We ordered guacamole to split. I’m often disappointed by bought guac, but I’m happy to say that streak has ended. For the first time in memory, I ordered guacamole and was not only happy with it, but admit that it was, in fact, better than mine. So, so good. Even better, the chips were fresh, crispy, and thin but sturdy. 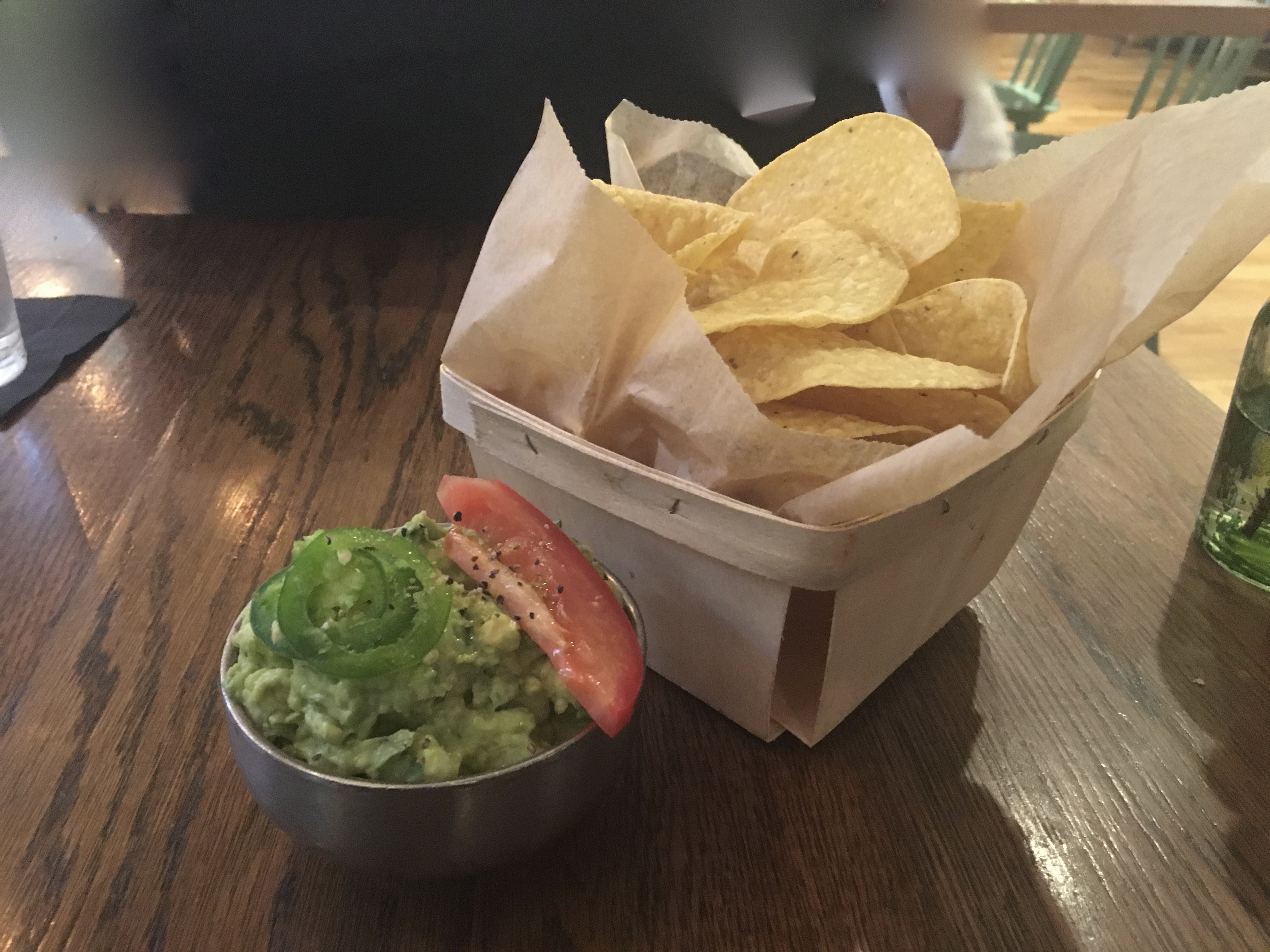 Regarding the service, I have nothing but good things to say. Our server was in training, but he did a great job. Never once did my beverage run dry, nor did we wait long at all for either food or check. The aesthetic is not at all Browning’s, but it’s fun, funky, and the whole place very much feels as though it’s been there forever. My favorite part was the marquee proclaiming, “Seven days without tacos makes one weak.”

If you’re just hearing about Heights Taco & Tamale Co., or if you just haven’t managed to swing in yet, go for your next meal. Order some tamales and guac. Eat. Be happy.