Recently, I unexpectedly found myself in Rogers, and when in any new city, the first thing on my agenda is to figure out where to eat. After a couple of phone calls for reservations didn’t pan out, I decided to go casual at Lucy’s Diner, located at 511 W. Walnut Street. The menu indicated they had breakfast available the full 24 hours a day. That, combined with the retro-modern menu design, was all I needed to give them a shot.

Upon entry, I first noted the empty dining area and two un-bused tables, which was somewhat concerning. We seated ourselves and were brought menus by a waitress who immediately took our drink orders and was careful to ask if we wanted lemon in our waters. After a moment, we were ready to order. Breakfast was both my and my companion’s choice—the Western Omelette with a biscuit and gravy for me, and the Veggie Omelette for my companion. Because fried pickles were on the apps list, we were forced to order a basket of those as well. The first bite of fried pickle dipped in ranch was heavenly. Crisp, hot, and well-seasoned, they made me seriously consider ordering a second basket. But it’s a good thing I held off, because the meal only got better. 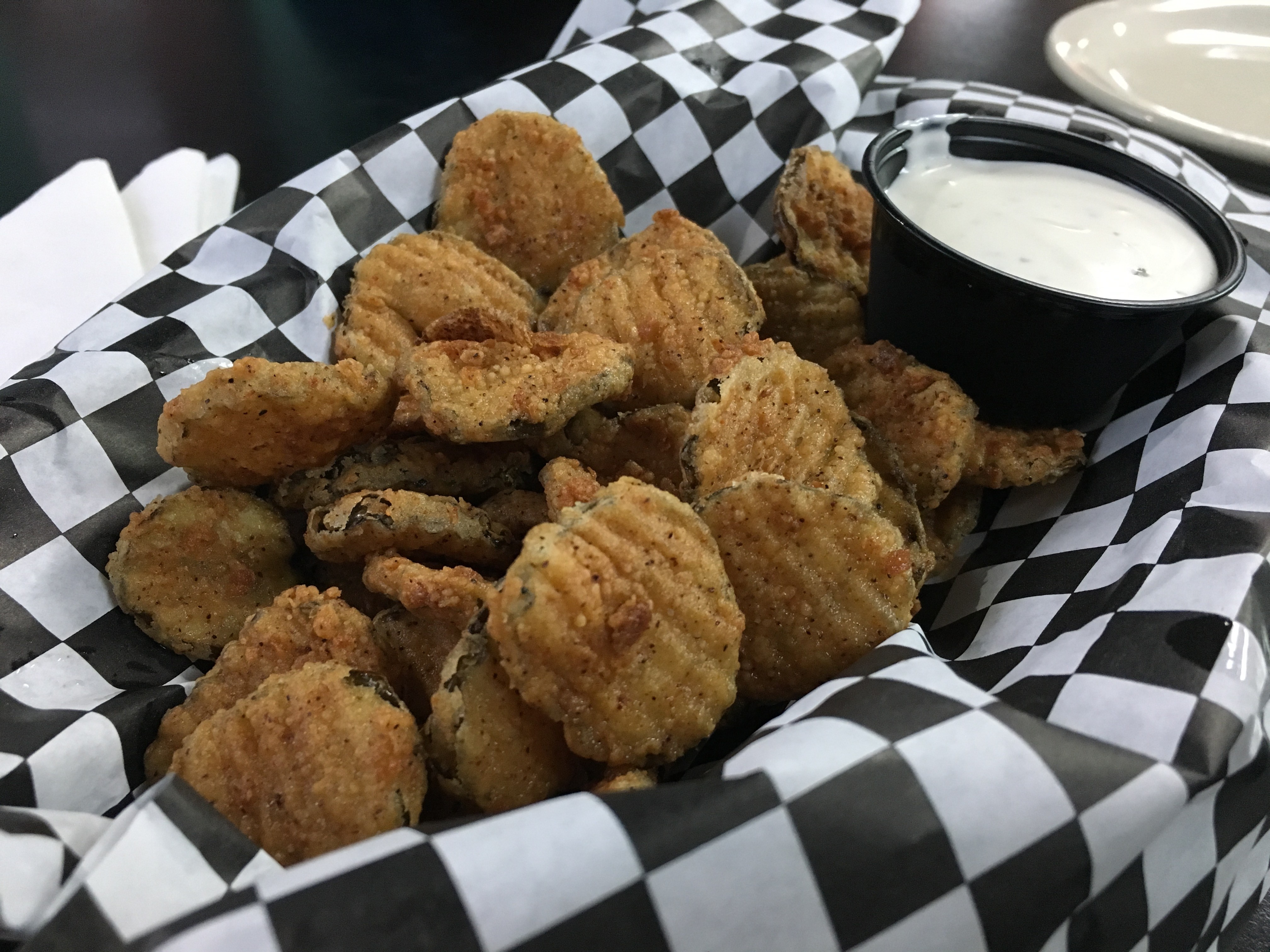 My omelette was huge, stuffed, not greasy, very lightly salted, and perfectly cooked. It contained a generous amount of ham, plenty of onion and pepper, and lots of cheese. The simple hash browns were cooked to crispy. My biscuit was thick, fluffy, and flaky, delicious with a bit of jelly. While the gravy was quite good for a mix, it was obviously not homemade. 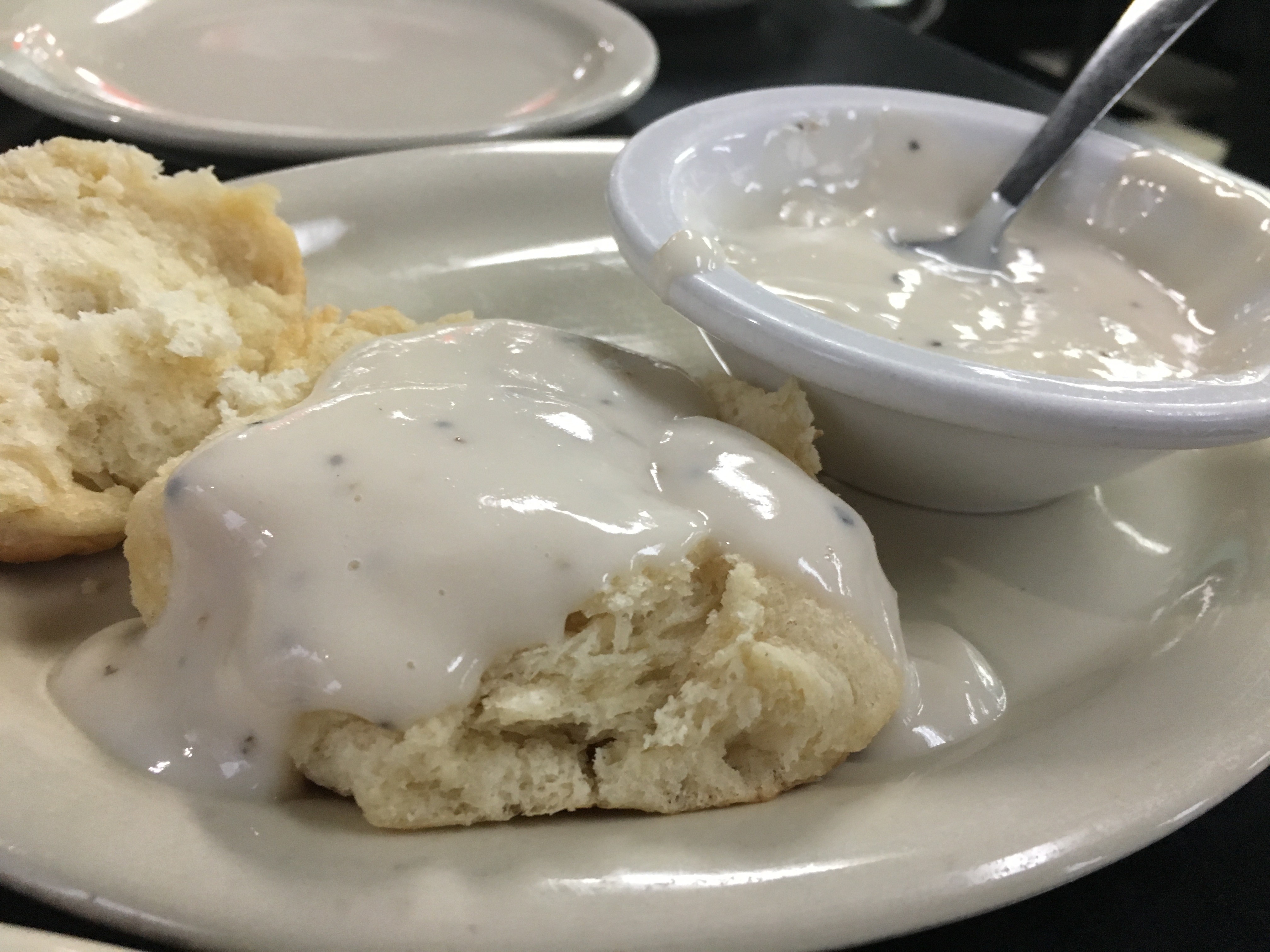 When the waitress checked on us for the last time, I asked what my pie options were. The answer? They have all the pies, and they make their crusts from scratch. I didn’t get any pecan pie at Thanksgiving, so I ordered a slice to split. When two pieces made their way to the table, I commented to the waitress, “Oh, we just ordered one,” to which she remarked, “Yes, but I brought two. I only charged you for one.” And I’m glad she did, because this was the best pecan pie I’ve ever paid for, and that crust was all I hoped it would be. 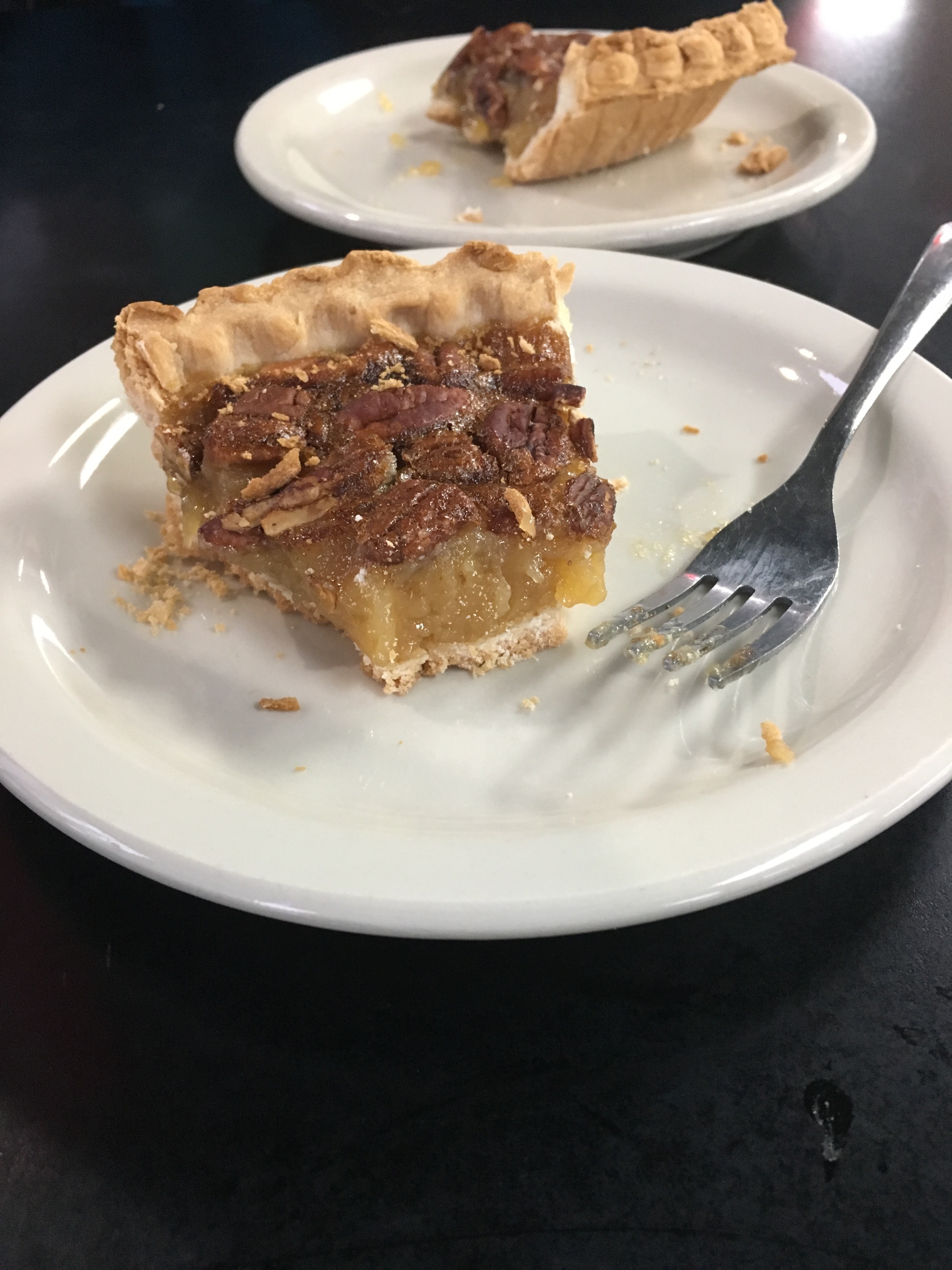 Our waitress, Samber, was a shining star of customer service who made us feel welcome, comfortable, and appreciated—something she clearly does for others. As we were leaving, a couple of customers walked in. She greeted them, noting they’d not been in awhile, and informed them poached eggs were available again, if the customers wanted to order their usual.

Lucy’s Diner is a gem. If you’re in the Rogers/Bentonville area and need a meal, or a piece of pie with coffee, this is the place to go. Ask for Samber.