Arsaga’s at 200 West Center in Fayetteville is one of several locations under the Arsaga’s umbrella. I’ve been a fan of Arsaga’s at The Depot for awhile now, but hadn’t yet made it to their location known for toast. That’s right, toast. All kinds. And like any good food writer, artisan bread is one of my very favorite things, especially if it comes with toppings. As this was my first experience with a toast menu, I had no idea what to expect, so I was imagining a slightly nicer version of the toast I make at home.

My companion had no idea what to expect either, but wasted no time in ordering a Bloody Mary when she spotted it on the menu. I instead went for my usual latte, which, no surprise, was as good as I remembered. I’ve never ordered a Bloody Mary, preferring my morning adult beverages to include orange juice, but I took a sip of this one and I have to say, it was perfectly balanced between the requisite ingredients. The tomato juice had a particularly fresh quality I appreciated.

My friend also ordered food, from the “Little Options” section of the menu. She selected my second choice, the ever-popular avocado toast. Little perhaps describes the price ($5) but it in no way describes the dish. This was the thickest slice of toast I’ve ever seen, perhaps 3/4 of an inch. And slathered on top wasn’t just some avocado, but practically an entire avocado, seasoned ever-so-nicely with a bit of red pepper on top. I’d pay to eat this off chips any day, but on toast it evolved to something decadent. 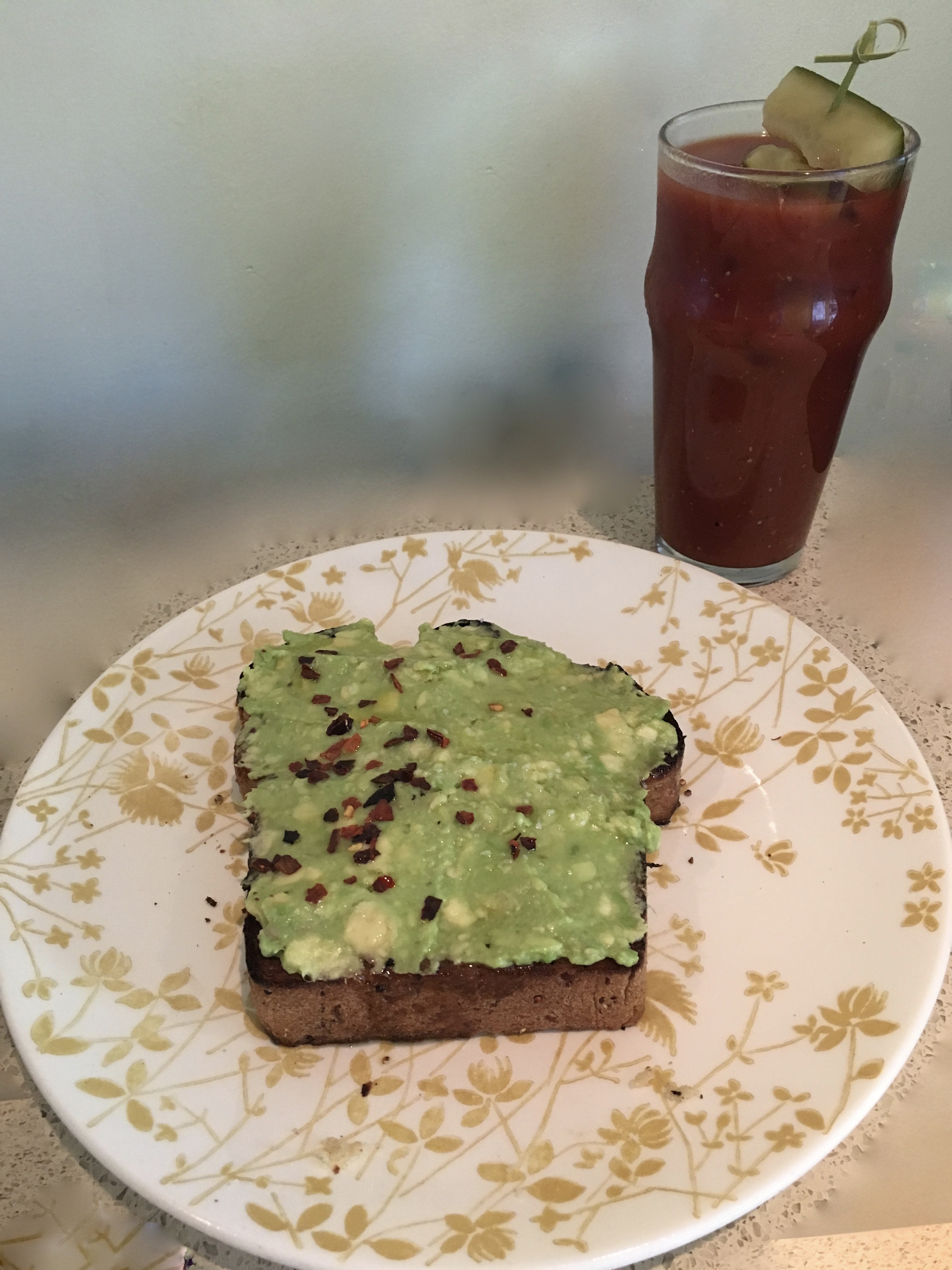 I don’t know how it can get any better, but it does. I went with the Very Nice Toast ($5.95), a slice of sourdough with cream cheese and berry compote topped with lemon zest and thyme. This was arguably one of the top ten most beautiful plates I’ve ever been presented with. Luxurious in its simplicity, the fresh cream cheese and not-too-sweet compote were offset so well by the lemon zest, I had to stop and savor several times. The bread itself was delicious, somehow both dense and fluffy at the same time.

This is not your everyday toast; instead, it’s the best example of what toast can be. When you prepare toast at home, even on good bread, it’s generally not very thick, and most of us aren’t inclined to pile on toppings an inch thick. But you know, we should pile on the good stuff. Life’s short; have an experience. Go order some toast at Arsaga’s.