A couple of weekends ago, some friends and I took a little drive over to Petit Jean. After hiking down to the falls and sitting awhile, we realized we’d have to return to the top under our own power. So, with the promise of a meal at Mather Lodge to motivate us, we began the journey back up.

An hour later, we were seated at tables in the lodge. Despite the mid-afternoon hour, we were presented with a menu that included a little bit of everything, including breakfast. As an alternative, we were offered a buffet that included pork, fried chicken, mashed potatoes, and a salad bar. We all chose breakfast. I went with the Petit Jean Stack (about $9) while my companions each chose a plate of eggs, bacon, hash browns, and biscuits.

The Petit Jean Stack, as the menu says, includes everything but the kitchen sink: eggs, bacon, cheese, and hash browns, all layered between biscuits and covered with gravy. For some reason, I didn’t fully understand the impact of this ordering decision until my plate arrived, but let me say that this is a lot of food. It’s also indulgent in a way that had me thinking about my heart health for the next 24 hours. I can’t say there was anything artful about this plate, but I didn’t really need there to be. It’s all my breakfast favorites piled together, the perfect end to a long hike. 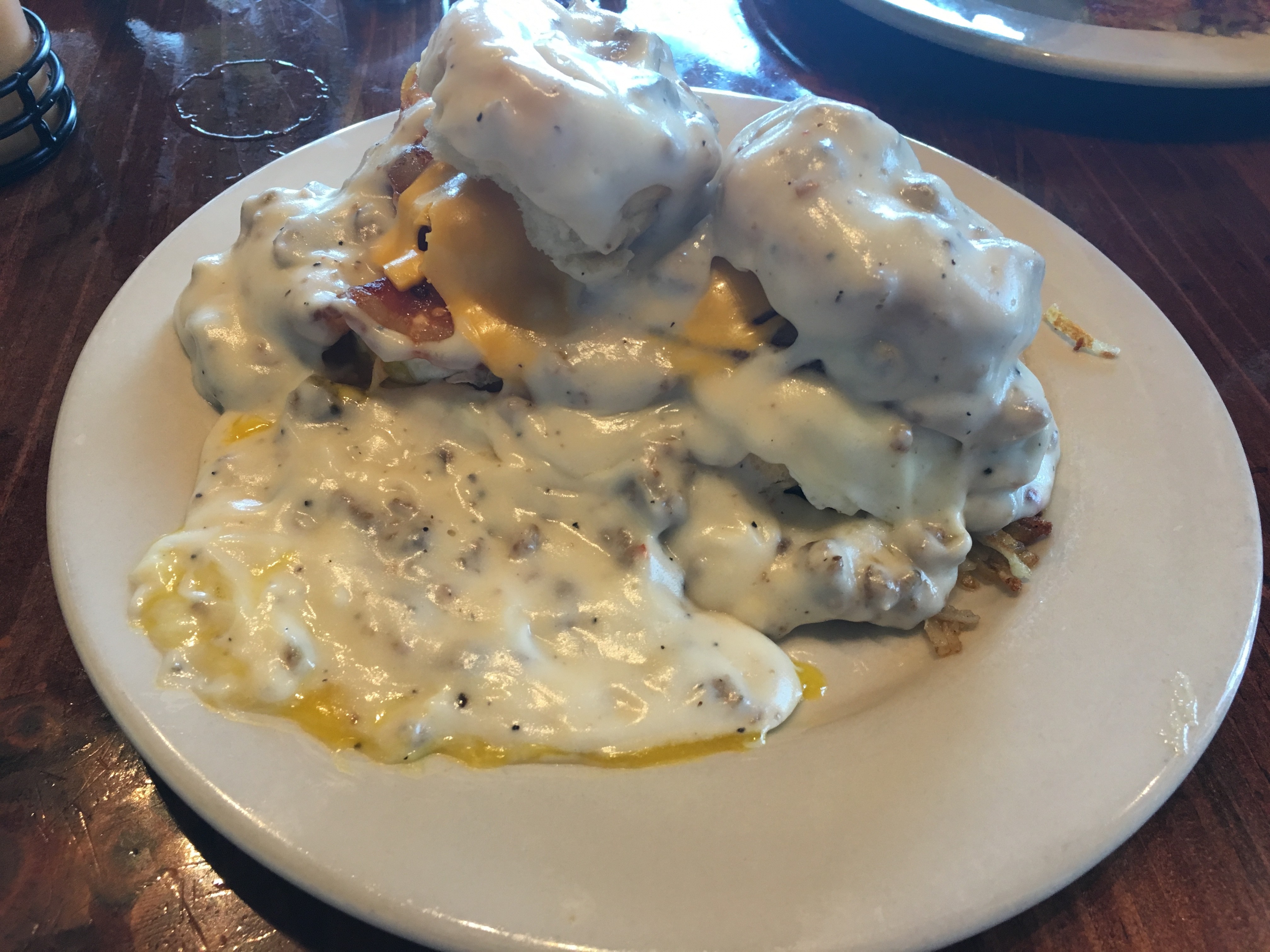 My companions’ meals, though just somewhat less indulgent than my own, were still generous in quantity.

And, because they had pie, our meals didn’t end with entrees. When I found out they had pecan pie, I had no choice but to order. While the crust wasn’t homemade, and I suspect the filling wasn’t either, it was still delicious, particularly paired with a nice cup of black coffee. 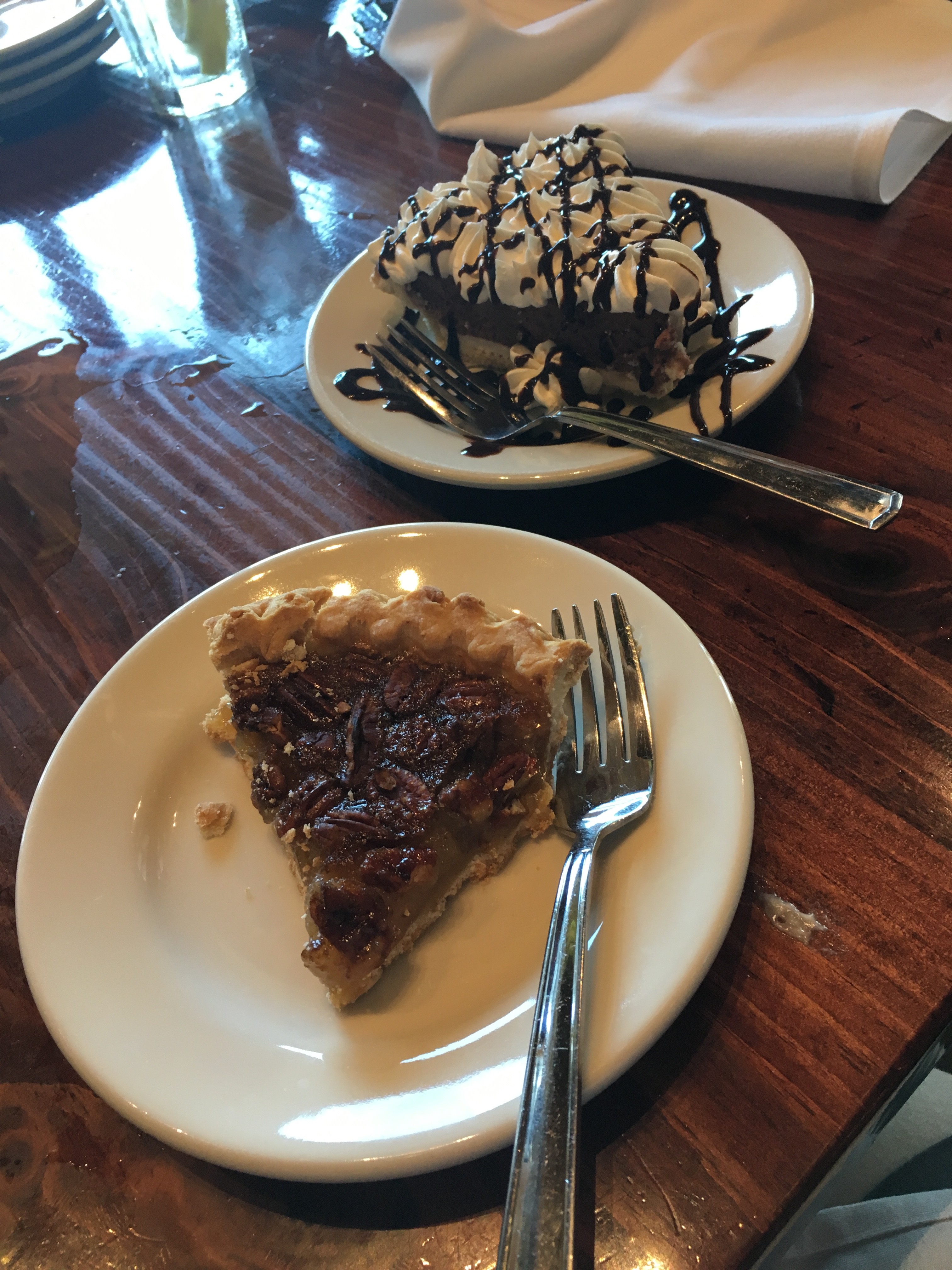 Mather Lodge doesn’t exactly serve curated dishes, but they do American comfort food well and for a reasonable cost, perfect for feeding the thousands of tourists that come through each year. If you’re at Petit Jean, you’ll be glad to know you’ve got somewhere to eat.