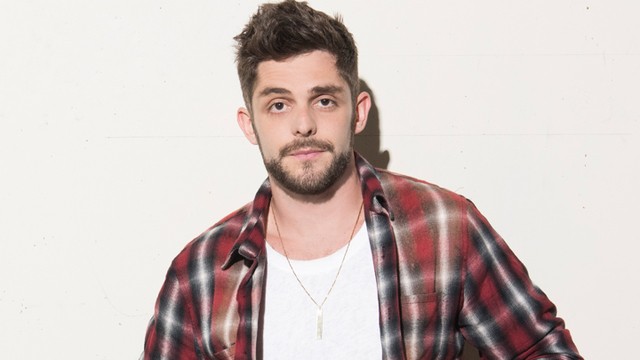 Nine songs into his performance on the North Little Rock stop of his Life Changes Tour Thursday night at Verizon Arena, Thomas Rhett declared he was “having a blast.” It’s pretty safe to say that the crowd of 11,045 was, too.

Rhett had just bounced his way through the autobiographical smash “Life Changes” and then proceeded to showcase his versatility (as well as his songwriting ability) by slowing it down for the thoughtful ballad “Beer With Jesus.” Next, he served up a hit he penned for Florida Georgia Line, “Round Here.”

And those fans, who had been more than delighted to call the Hogs with him earlier in the show, ate it all up.

Rhett, the Academy of Country Music’s 2017 male vocalist of the year, was in top form. He was not only comfortable as the headliner on this tour that also includes Brett Young and Midland, but he easily commanded the stage, enjoying the engagement and interaction with the fans and, oh yeah, along the way playing guitar, piano and drums. (The latter pretty impressively, by the way.)

He’s turned into a reliable hit-maker, one whose fans sing along on all of his songs; audiences always love his “T-Shirt” and “Get Me Some of That.” That applies, too, to the love song that pretty much pushed him to leading man status in country music, “Die A Happy Man,” which he co-wrote for and about his wife, Lauren.

As the middle act, Young pretty much hit it out of the park. Well, hey, he’s a former baseball player for Ole Miss. But despite his athletic prowess, he’s all about the music these days. And he’s had four big, popular, chart-topping singles. Those songs highlighted an over-too-soon eight-song set.

“It’s the reason you’re going to see a bunch of dudes slow dancing tonight when they hadn’t planned on it,” Young said before singing the love song “In Case You Didn’t Know.” On the other end of the spectrum, the somber “Like I Loved You” recalls a tough breakup. “Mercy,” another heartbreaker, served to accentuate the California native’s vocal skills.
He closed his part of the show with another country-pop love song, delivering a sultry performance of the popular “Sleep Without You.”

People say I got a Midland problem.

Ever since the group that was formed in 2016 in Dripping Springs, Texas, hit the country airwaves with “Drinkin’ Problem,” I’ve loved their music. Their wild, colorful retro clothes and 1970s long hair. Their creative and entertaining videos. And now: add live performance to that list.

The boys and their band were the opening act, kicking off the show with the fast-paced “Check Cashin’ Country.” A fine version of Alabama’s “Dixieland Delight” preceded the playful “Make a Little,” a little tune that lead singer Wystrach served up in an easy, appealing way.

The group snagged a Single of the Year nomination for “Drinkin’ Problem” in the upcoming CMA awards, so the Midland guys had to love it when the crowd lit up the arena with their cell phones and vociferously sang along to those almost-famous lyrics – the ones that hooked us when we first heard them: “People say I got a drinkin’ problem, but I got no problem drinkin’ at all.”

Midland, the reigning Academy of Country Music new group of the year, is big on rich harmonies and a traditional sound. What’s not to like?

So, in the end, I got no problem listenin’ to Midland at all, and that goes for Thomas Rhett and Brett Young, too.