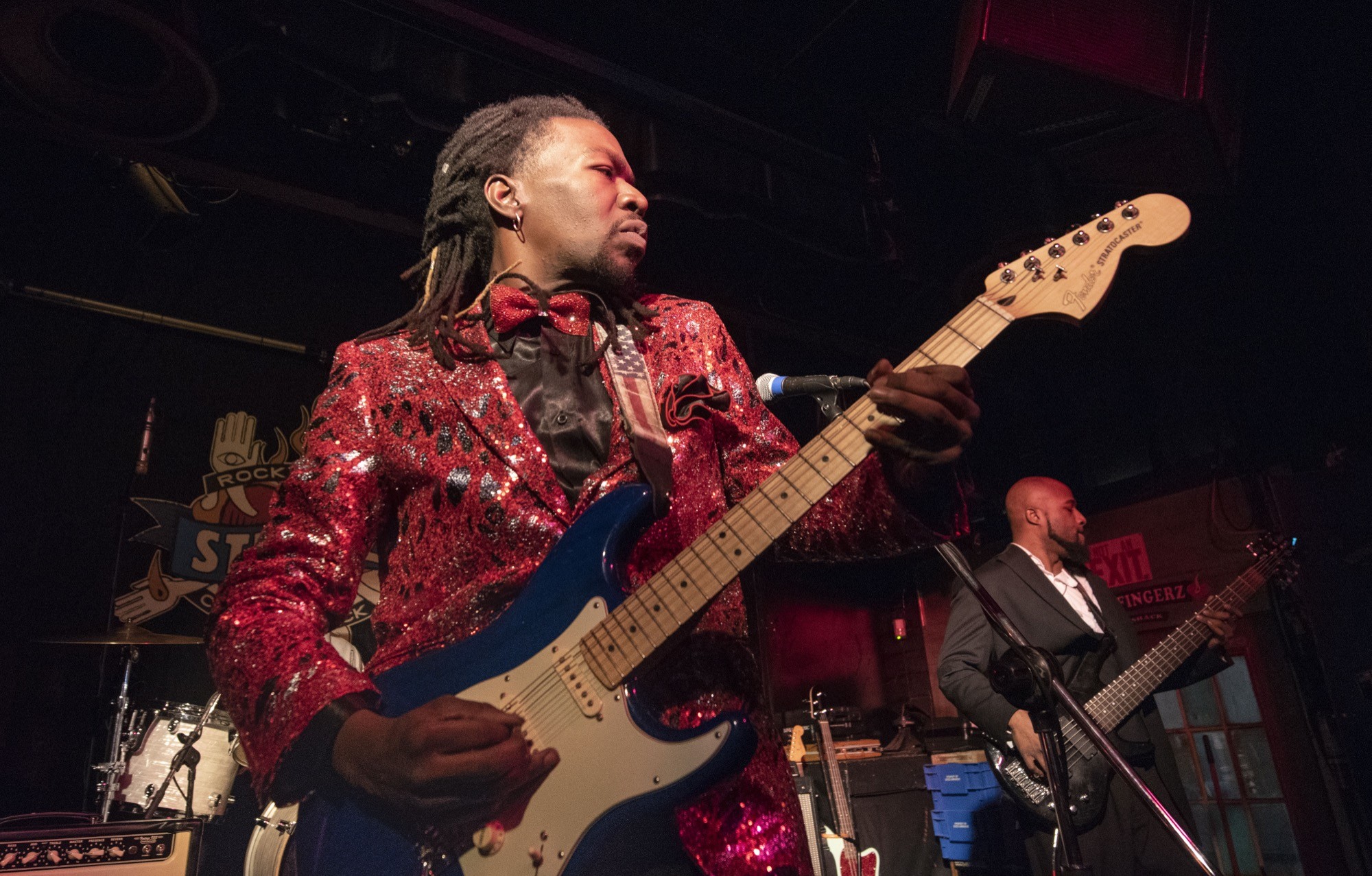 The winner of round three? Illusionaut, a quartet that mashed up retro-goth guitars with a dramatic vocal delivery and to-die-for drumming. Here’s a snapshot of what our panel of judges, along with guest judge Sonny Kay (Executive Director of Low Key Arts) said about the evening’s performances, and some photography from our very own Brian Chilson.

Join us at the Rev Room Friday, March 1 to hear Illusionaut, White Mansion, The Mad Deadly and two other yet-to-be-determined finalists compete for the 2019 title: the winner of Round Four of the showcase semifinals, and a “wild card” band, determined by the top-scoring runner-up across all four semifinal rounds.

Illusionaut: A polished dark rock outfit with a ton of collective experience, a drummer who somehow manages to double as bandleader, and a theatrical lead vocalist dressed up like Judge Doom from “Who Framed Roger Rabbit?”, donning a snakelike microphone encased in what appeared to be white duct tape. Everyone thought he sounded like Perry Farrell but he was all Happy Mondays’ Shaun Ryder to this listener.

“Though songs tended to sound the same, it held my attention. Nice sonic texture. They had fans here tonight and probably won over some new ones.”

“Effects on vox are just enough to add depth without overdoing it. Very Cure-esque.”


Willowack: an affable-as-all-hell group of young men from Northwest Arkansas equipped with guitar chops, fun melodies and a frontman with impressive range and emotional depth. Icing on the cake: stage patter that sparkled with grace and good humor.

“The singer has a great voice and I loved the personal touch of the songs. Very engaging.”

“Great energy! Points for engaging the crowd. … These guys are young, lots of time to continue to improve. I like them.” 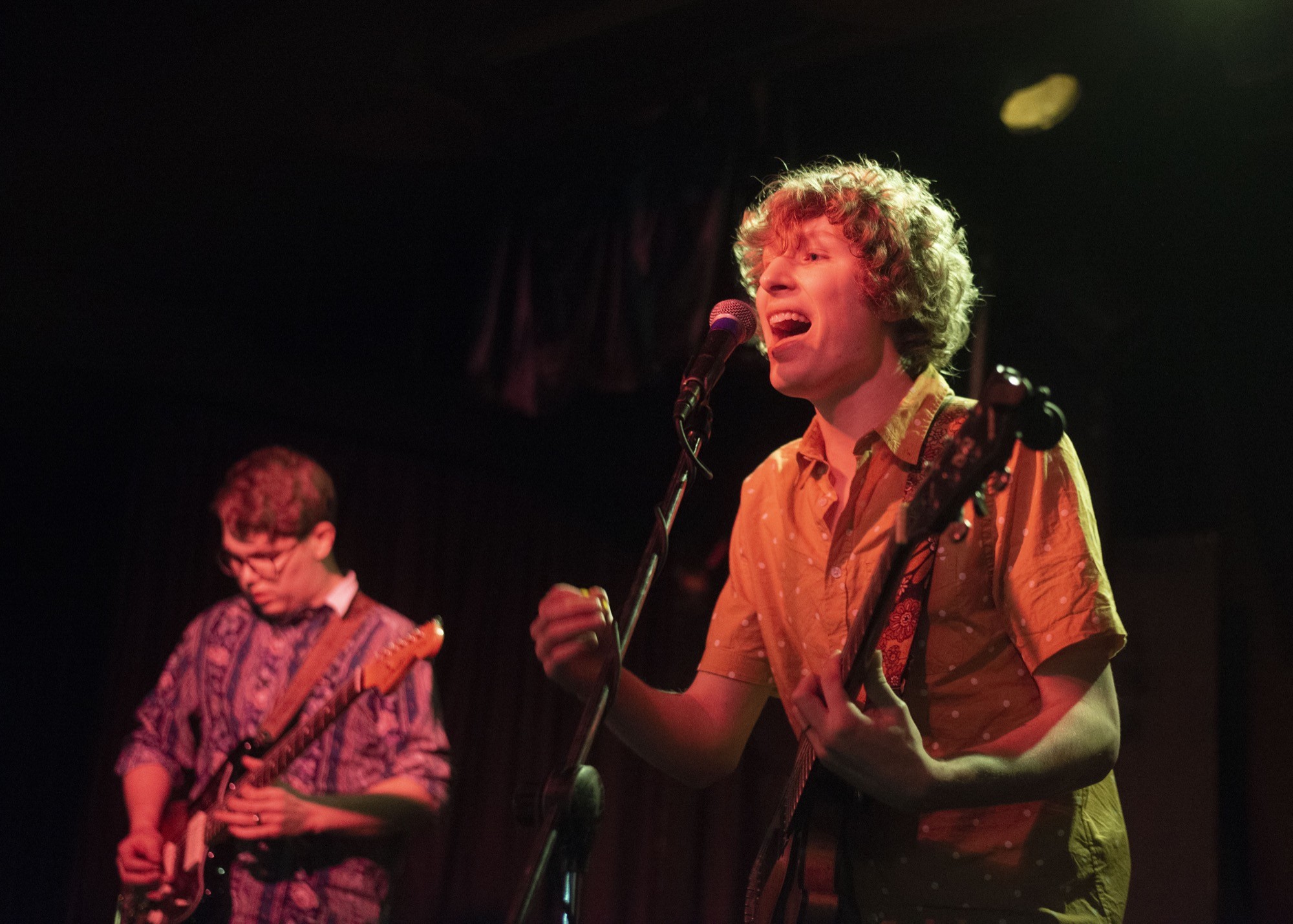 Akeem Kemp Band: a tight, seasoned blues ensemble that started playing together as kids in Sardis, Arkansas (“One way in, one way out”) and never stopped. With a cover-heavy set, they may have lost some points on originality, but they wowed nevertheless.

“Akeem Kemp took an old and true genre and made it his. He is a presence on stage. You cannot help moving, feeling and hoping when he plays. The band is tight and it is clear they are masters of their craft.”

“Could have done without the Hendrix cover cliche.”

“I could listen to these guys all night. Thank you, God and Mississippi, for the blues!” 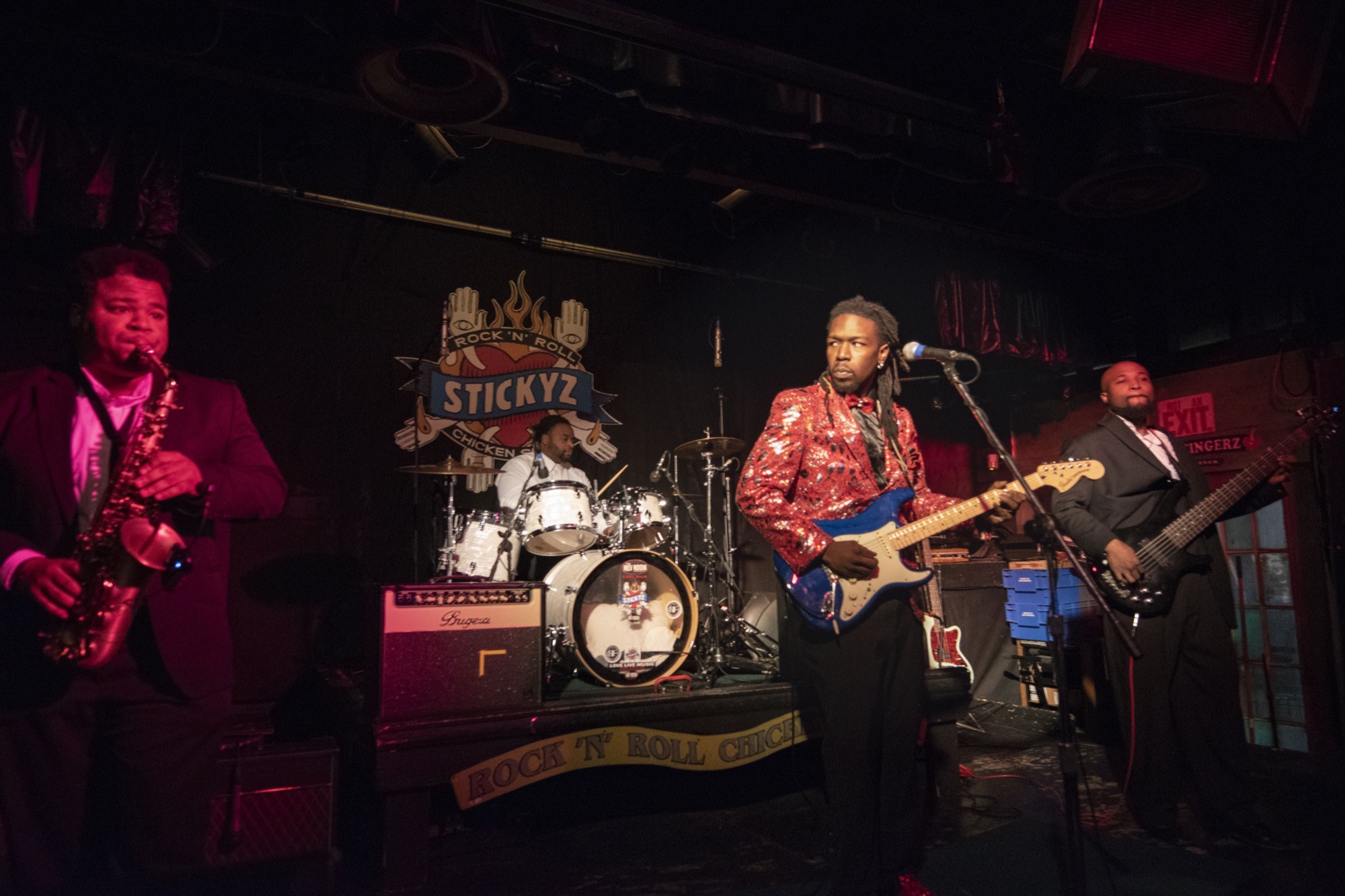 Kid City: A trio born from the shadows of Duckstronaut/Dangerous Idiots/Techno-squid Eats Parliament, armed with a slow build in energy, lyrics that ranged from the tender to the aggro and a minimalist approach that made each members’ contributions a matter of sonic life or death.

“Pixies meets 311 meets Christian Death! Yeah! I mean that only superficially based on their looks, but this band clearly rules. Wow! What a nice surprise.”

“They made me think of J. Roddy Walston & The Business and that is a very good thing.”

“Love the bass shredding over the laid back drums. Normally I hate that kind of thing but this is different and very original.” 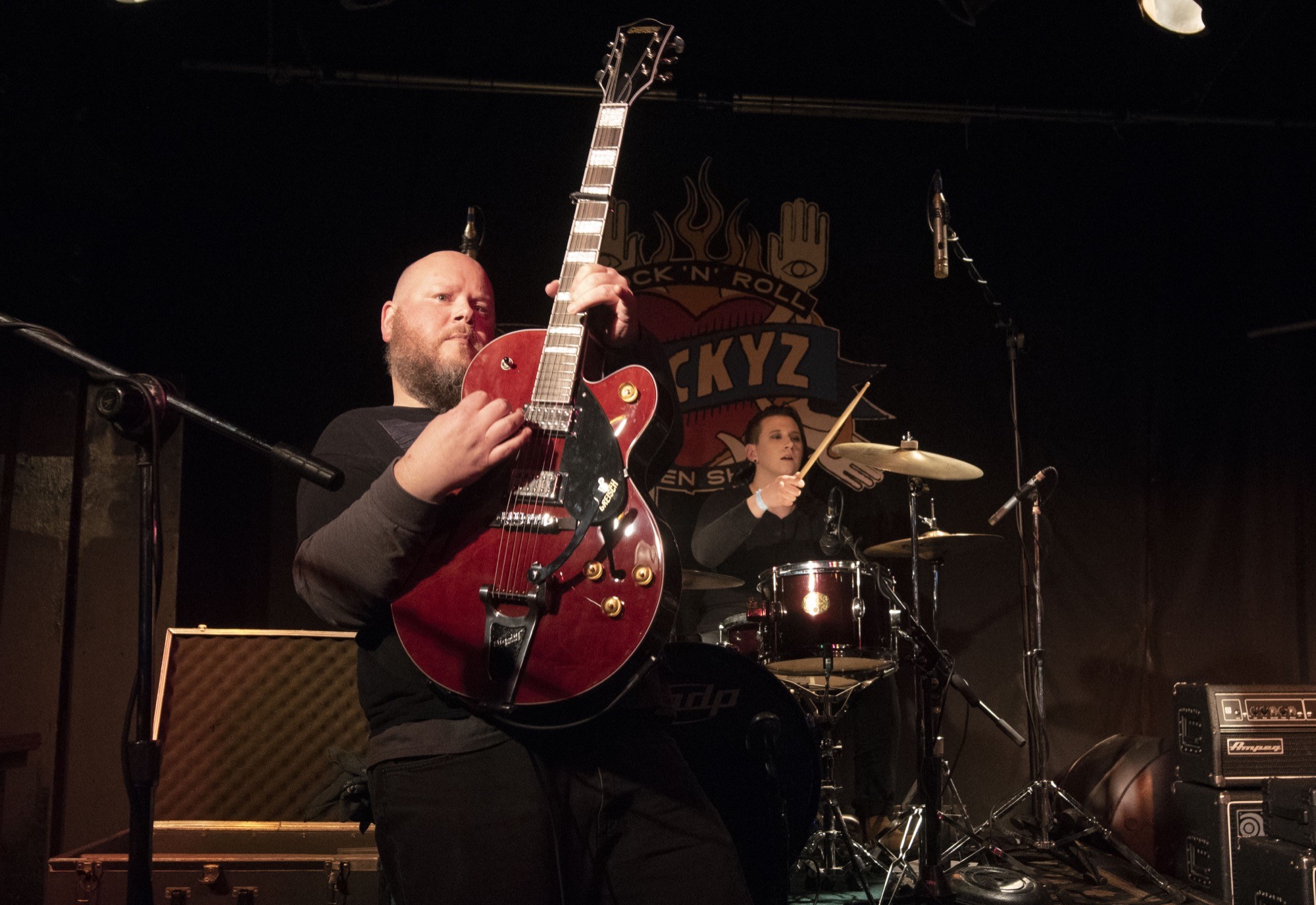 Join us at Stickyz Rock n’ Roll Chicken Shack next week for Round Four, featuring sets from Big Red Flag, Chemtrailblazers, Adventureland and the Irie Lions. 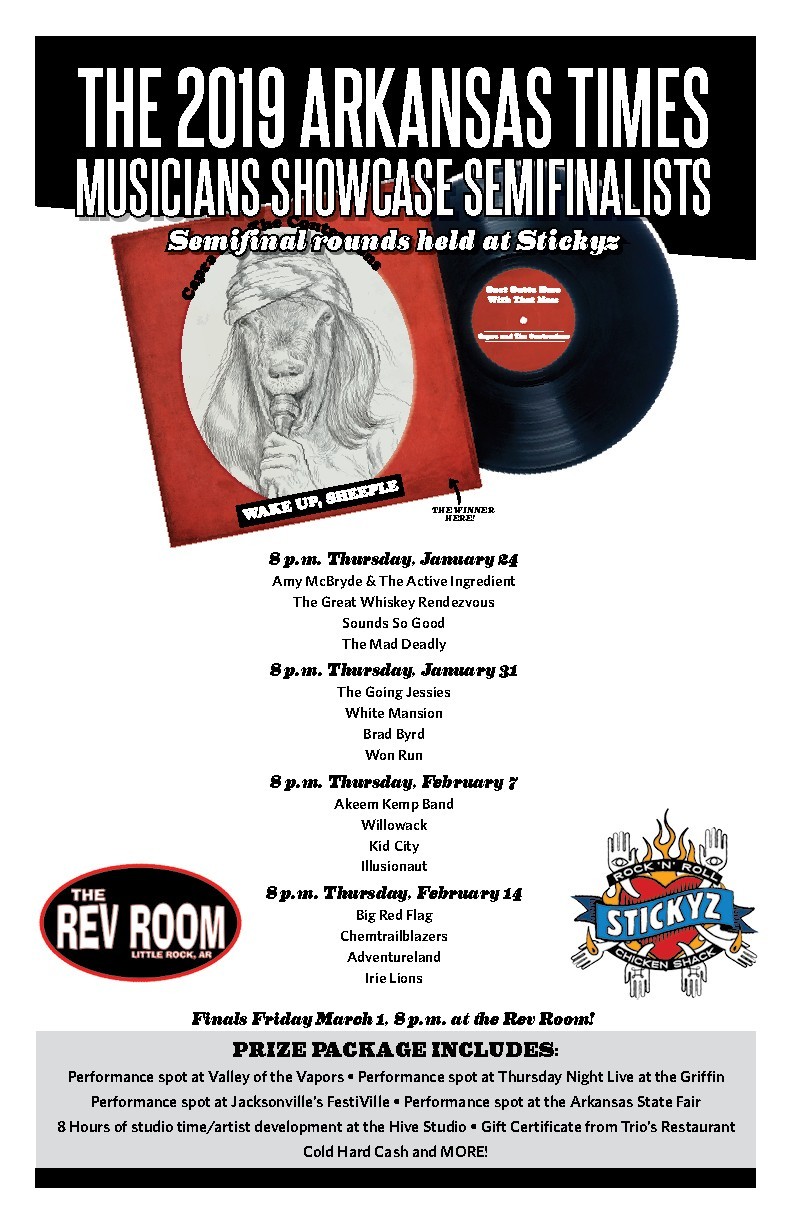