Leaving Friday night’s loud, rowdy, fun, sold-out Luke Combs concert at Verizon Arena in North Little Rock, we wondered if we’d just seen country music’s next superstar. After all, he’s selling out stop after stop on his “Beer Never Broke My Heart” Tour, he’s got a big, powerful voice and we’d just witnessed a crowd of 14,179 rabid fans singing along to all of his songs. 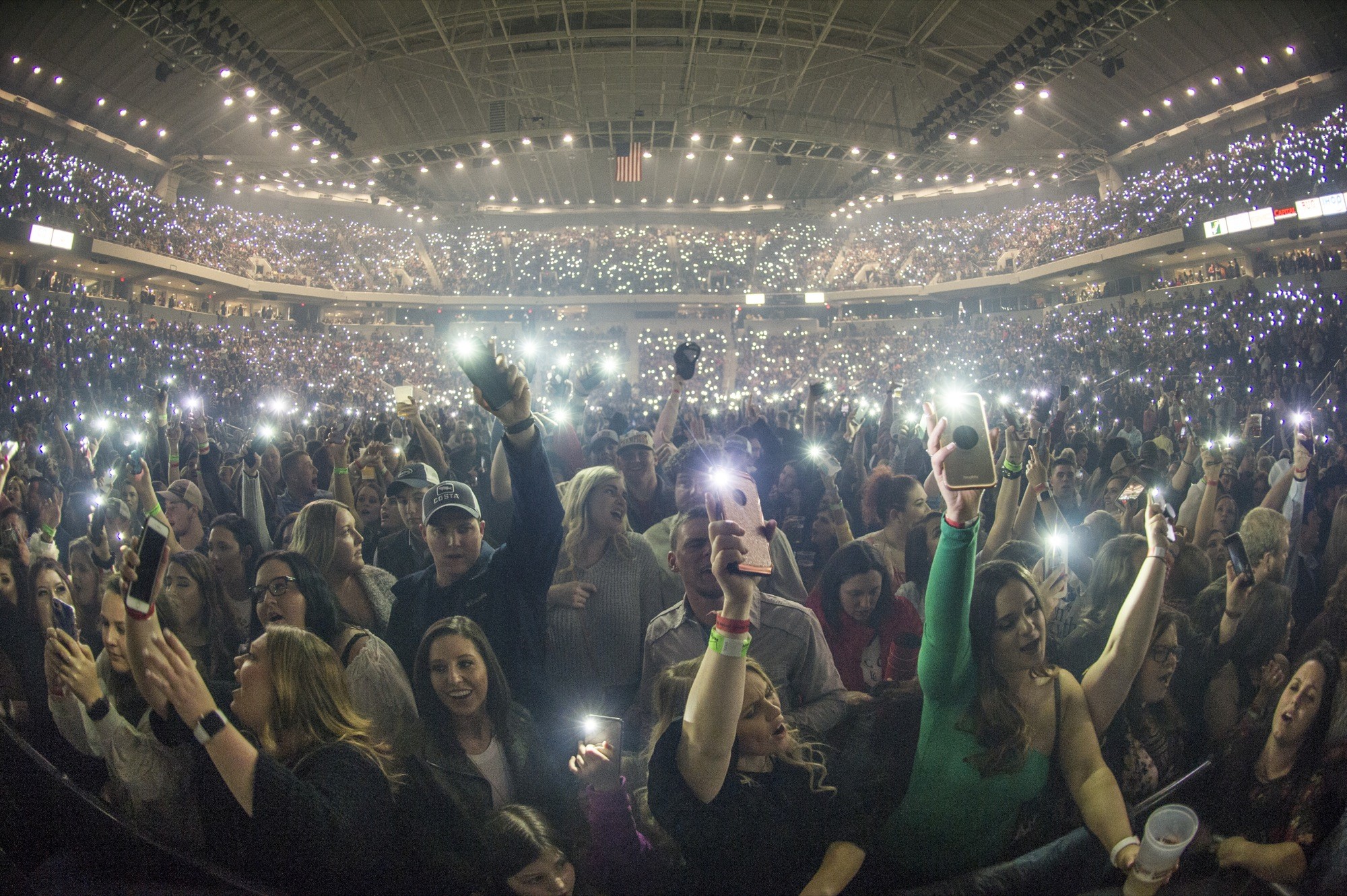 When we heard the concert was a sellout, we figured that meant the upper bowl was closed off. Wrong. The place was packed, top to bottom. He’d drawn a much larger crowd than some pretty big names in the industry that recently played there.

Combs’ success, which includes four (and counting) No. 1 singles, seems to surprise even him. “Thank y’all,” he said a number of times during the concert, remembering it’s been just over three years since he was playing the Rev Room in Little Rock’s River Market District. It doesn’t hurt that he not only comes across as likeable and authentic and just one of the guys, but that fans can see themselves in the self-deprecating, burly Combs.
Sure enough. Across the arena and out in the lobby between acts, there was no shortage of young men built and dressed like the 28-year-old Combs, who on this night was sporting a black shirt, a Blue Otter sunglasses cap, jeans, boots and a scruffy beard. In a recent Washington Post story, fellow songwriter Jonathan Singleton called these guys “Luke-alikes.” We’re pretty sure they’d take that as a compliment. Combs himself at one point facetiously referred to his “dashing figure.” But, of course, it also comes down to delivering the music. No problem there.

Combs, whose album “This One’s for You” was Billboard’s Top Country Album of 2018, didn’t try to dance or jump or go crazy while singing, preferring to just stroll back and forth across the stage with an almost ever-present red Solo cup in one hand and let his big, gravelly, powerhouse voice do the work.

He opened with the rollicking life-on-the-road anthem “Honky Tonk Highway” and rolled through “When It Rains It Pours,” “Must’ve Never Met You,” “Beautiful Crazy” and “Be Careful What You Wish For.” Combs and members of his band rocked the house with covers of a trio of smash country hits – Hank Jr.’s “All My Rowdy Friends Are Coming Over Tonight,” Brooks & Dunn’s “Rock My World (Little Country Girl)” and the Eagles’ “Desperado.” Speaking of Brooks & Dunn, Combs recently joined the legendary duo for an update of “Brand New Man” on their new album and he sang his rousing version of it to lead off his encore before closing with perhaps his biggest and best hit, the tale of lost love “She Got the Best of Me.” 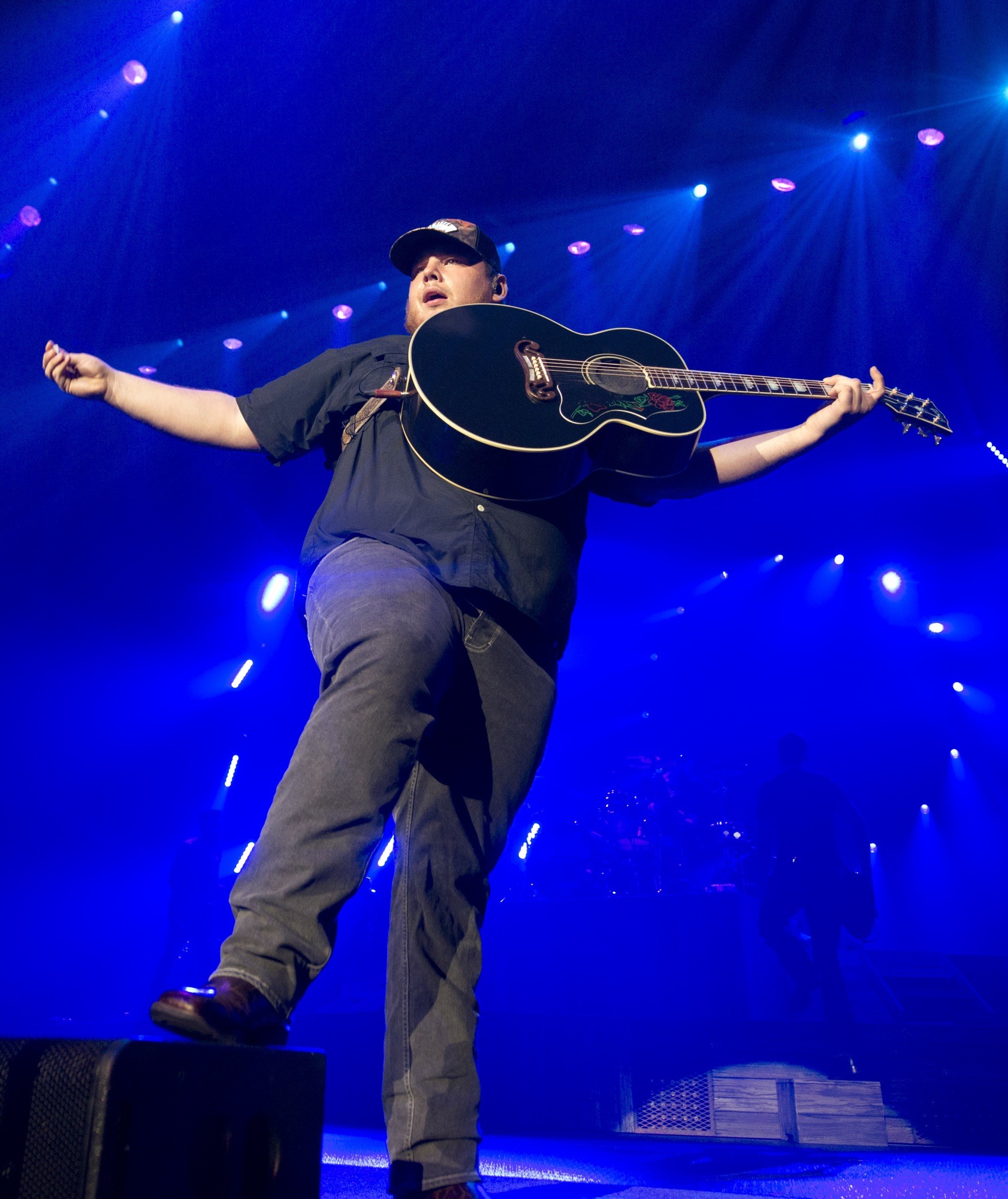 Other highlights included “Hurricane,” “One Number Away,” “Beer Can” and “Houston We’ve Got a Problem.” We won’t try to say Combs’ brand of country is traditional, but it’s about as close as we get these days. And that’s another thing – along with his songwriting talent – that just may get him to the top of the country music world and keep him there for a while.

We weren’t familiar with the opening acts, but Jameson Rodgers pleased with “Some Girls” and Cold Case” and the band LANCO did likewise with “Singin’ at the Stars,” “Greatest Love Story” and its new one, “Rival.”