Read this month's issue
Browse the issue archives
Advertisement
Home Rock Candy A 1935 labor strike play gets a retelling at The Public Theatre... 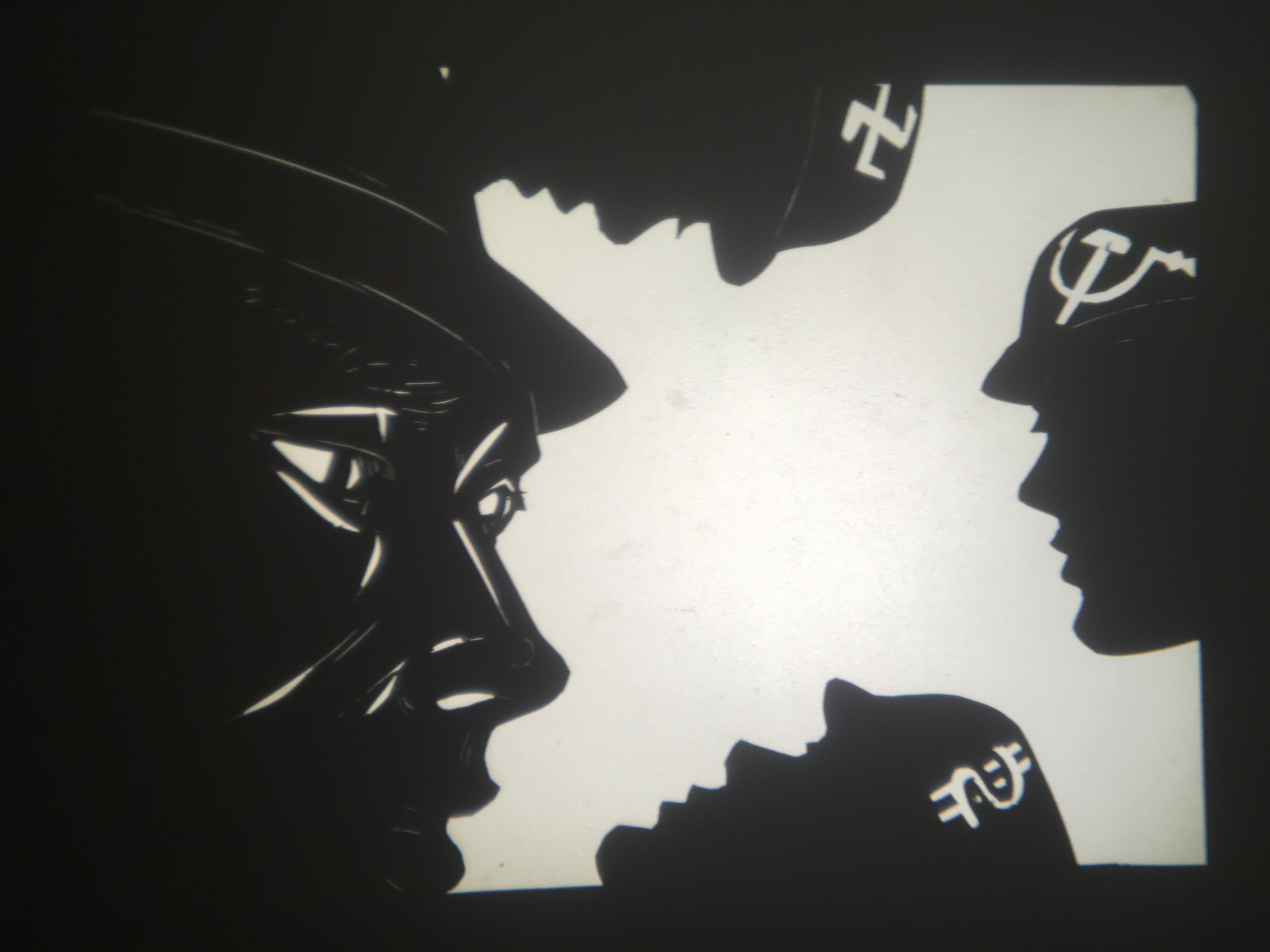 College classroom projects, when they do what they’re designed to do, can facilitate disruption, provocation and wild (but ephemeral) experiment. At their best, though, they outgrow the classroom altogether.

What started for UCA Schedler Honors College Adam Frank as a course on theatre and social justice has, years later, turned into a Conway-based nonprofit called Ozark Living Newspaper Theatre. In 2016, the company partnered with Conway Symphony Orchestra and El Zocalo Immigrant Resource Center to put on an ambitious production of Ray Bradbury’s “The Halloween Tree,” a 45-minute shadow puppet performance with live orchestra.

Now, having logged some training time at the National Puppetry Festival and with renowned shadow puppet troupe Manual Cinema, Frank and OLN are taking on Clifford Odets’ “Waiting for Lefty,” a fourth wall-breaking 1935 one-act play about the year-long cab drivers’ labor strike in New York City.

Every one of OLN’s productions partners with other local non-profits, splitting proceeds with them to support their mission. “So far,” Frank said in a press release, “we’ve mostly done small projects – puppet slams, street theatre to support immigrant rights, and workshops focused on the #MeToo movement.” Past projects have benefited the UCA Feminist Union, Lucie’s Place, and UCA’s chapter of Students for the Propagation of Black Culture. 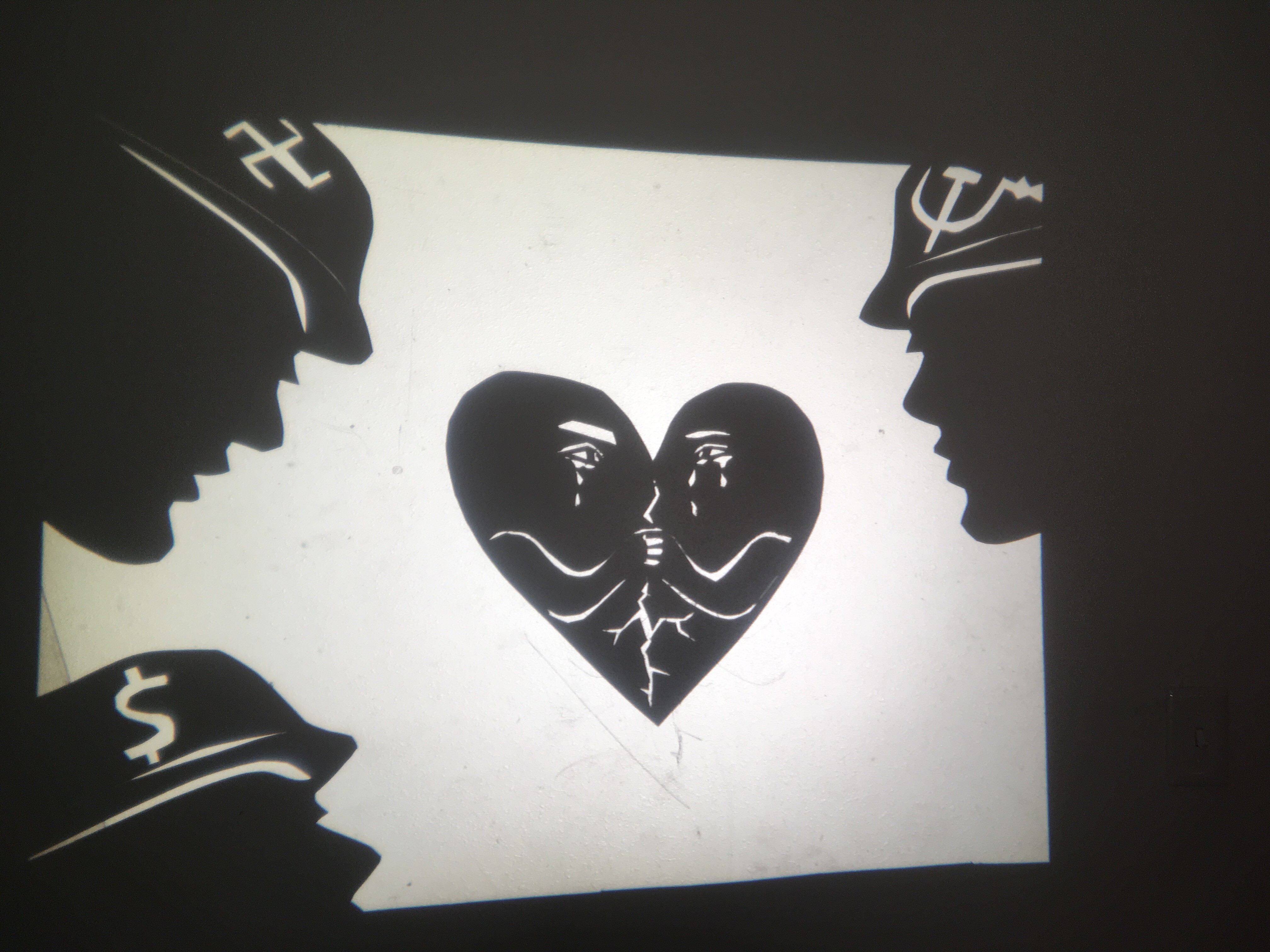 When we last heard about your work in 2016, you were partnering with El Zócalo Immigrant Resource Center and the Conway Symphony Orchestra to produce a full-length shadow puppet and live ensemble version of Ray Bradbury’s “The Halloween Tree.” This year, you’ll return to the shadow puppet medium for a production of Clifford Odets’ 1935 one-act “Waiting for Lefty.” What is it about shadow puppetry that keeps you coming back to it as a medium?

I keep coming back to shadow puppetry because it’s an incredibly challenging, subtle, and magical form that has a unique effect on audiences as they view it. Shadow puppets, in their odd shadow world, seem to magnify emotions in way that live actors do not. The combination of the two, as we’ve done in “Waiting for Lefty,” can be very mesmerizing. Also, it’s just plain fun working with a team to come up with some of the crazy effects we can produce through shadow puppetry.


This particular play is based on the year-long cab driver strike in NYC in 1934-35. Why this play, and why now?

Well, a friend of mine made on Facebook said something to the effect of: He couldn’t believe that the play was written in 1935, because it seems like it could have been written in 2019. I’ve had lots of friends and audience members say similar things.

I mean, the parameters of “Waiting for Lefty” are pretty simple: A group of men and women, taxi drivers from many different backgrounds, are debating whether to go on strike. They are basically hard-working, good-spirited Americans who feel the powerful are living off their sweat and blood — the same Americans we might have seen in 1776 launching a revolution against tyranny, or in 1831 leading a slave rebellion, or in 2019 voting for Trump or Bernie — the disaffected Americans of this country who always seem to get the short end of the stick. The characters in the play — and I’m talking about the “good guys” in the play — might sympathize with communism, but they also are highly suspicious of it. Likewise, they have no respect for the capitalists or fascists who seem only interested in controlling them and their labor.

So, while the play is jingoistic on the one hand, it’s also kind of complicated in the way Odets depicts the limits of the debate.

Another answer to “why this play?” Odets is just a brilliant writer! “Waiting for Lefty” was his first produced play, and it’s already busting with the machine gun, passionate dialogue he became famous for. The actors can really sink their teeth into Odets’ characters, and our cast did a wonderful job of just getting on Odets’ high-speed roller coaster and letting it take them wherever it would.

You piloted Ozark Living Newspaper, the ensemble behind this production, as part of a course you taught at on theater and social justice, and you partner each project with a local non-profit to support their mission. Do you worry that there’s a disconnect between the theatre and the real world? If so, how do we fix it? How do we make theatre urgent and pressing and revolutionary again?

Those are tough questions, and I’m no longer sufficiently immersed in what’s going on in theatre nationally and globally to properly address them, but I’ll do my best. I think any theatre produced with passion and commitment is healthy theatre. I certainly don’t think every play has to be “socially relevant” in the way Waiting for Lefty is. Sometimes a play is socially relevant simply because it gets audience members to consider the power of art or to experience wonder.

Now, Augusto Boal, the creator of Theatre of the Oppressed, has a lot to say about how Aristotle kind of screwed things up for centuries to come by defining the “success” of a play — he was referring to Greek tragedy — in terms of how well it moves its audience, by the catharsis the audience experienced. Boal felt that immersing an audience fully into the world of the characters on the stage actually removed them from their own reality — often a reality of state oppression. He wanted audiences to stand outside the story of a play, to question its characters (literally), and to get out on the street and make changes based on what they discussed and debated. He called this “forum theatre,” and one could argue (as I ask my “Theatre and Social Justice” students to do) that “Waiting for Lefty” is Theatre of the Oppressed before Theatre of the Oppressed was invented.

We really play that up in our production, even more than Odets did in the original script. Shadow puppetry and old labor songs punctuate and introduce each scene. And the characters at the union meeting interject during the various “memory” scenes that make up the bulk of the play.

So, to finally answer your question, I don’t think there’s much theatre being written these days about the plight of working class Americans. Getting back to Bernie and Trump, it’s like there’s this invisible population of people whose needs are never really addressed through art. That’s why we had to reach back several decades to find songs about workers.

On the other hand, I think there’s some great theatre being produced that deals with racism, sexism, and even environmental degradation, so the disconnect is not all-encompassing. In that sense, we’re in the middle of an artistic revolution, where the subject matter, the audience, and even the borderlines of what constitutes a theatre space are in a stage of real flux. I’d say audiences actually really enjoy “connected” theatre, no matter what the subject matter.

As far as making theatre urgent and pressing and revolutionary again? Well, I think we can start by doing urgent, pressing, and revolutionary productions of classic American theatre. Americans need to be reminded that we have Odets, Lillian Hellman, Tennessee Williams, Horton Foote, Lorraine Hansberry and other great playwrights in our artistic past. That said, as long as playwrights take seriously their role to call their audiences to action, whether that means personal or political transformation, I think the theatre is already “revolutionary” enough. If the popularity of true crime podcasts and The Moth are any indication, people are yearning for good storytelling. I guess we make theatre revolutionary and relevant again by re-learning the art of telling stories on stage from the heart.