Read this month's issue
Browse the issue archives
Advertisement
Home Entertainment ‘Washed Ashore: Art to Save the Sea’ at the Clinton Center 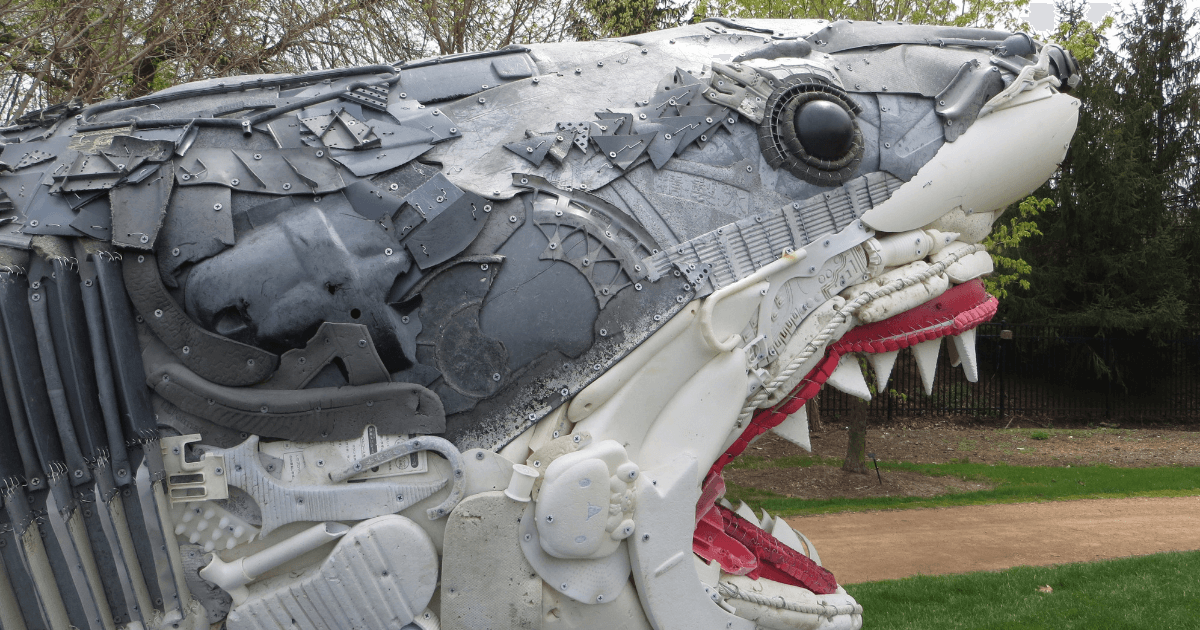 A walk along the Oregon shore, where trash was washing in, inspired the creation of sculpture made entirely of garbage from oceans and waterways. That work makes up the show “Washed Ashore: Art to Save the Sea,” which opens Saturday, April 27, at the Clinton Center. Though the sculptures are whimsical — a jellyfish made of plastic bottles, a drumset made up of styrofoam and made to look like coral, a shark made of shoes and other rubber debris — the message is not.

The person strolling on the Oregon beach, which is one of the most beautiful places on earth, was former art teacher Angela Haseltine Pozzi. She is quoted in a press release about the show:

“We have become a disposable culture where we are quick to discard items that we no longer want or need; we have to rethink the way we use and dispose of plastic, in particular. My greatest hope is that I run out of material to build sculptures.”

The exhibition will be in the Clinton Center galleries; admission is $10 for adults; $8 for ages 62 and up, college students and retired U.S. military; $6 ages 6-17; and free to active U.S. military and children under 6.

In June, the 16-foot-long Priscilla the Parrot Fish will be installed at the water fountains at the center entrance.