Local music for the classical ensemble doesn’t start and end with the Arkansas Symphony Orchestra, and wind band music doesn’t start and end with John Philip Sousa marches. For 25 years now, the 48 players of Little Rock Winds have been performing time-honored pieces by composers Gustav Holst, Ralph Vaughan Williams, and Percy Grainger, as well as as work by more contemporary composers — Alfred Reed, Johan De Meij, Frank Ticheli, David Maslanka. That’s happened under the baton of three conductors: Wendell O. Evanson, who led the ensemble from 1993 to 2005; Dr. Karen Fannin from 2006 to 2014; and Israel Getzov, who began his current tenure as LR Winds conductor in 2015.

Ahead of that concert, we caught up with LR Winds Executive Director and Principal Trumpet player Brenda Barber, as well as LTR Winds conductor Israel Getzov, to talk about the anniversary. Get tickets at lrwinds.org.

This concert is a flashback of sorts. There’s the Saint-Saens march that the ensemble opened up with on its very first concert in February of 1994. (Celine Dion’s “power of Love” was at the top of the charts, then, just for a sense of temporal reference.) And there’s a John Philip Sousa March from that opening concert on the bill, as well as a piece by Arkansas composer William Randall, Jr. that the wind ensemble premiered in 1999. What was the idea behind the throwback repertoire, and what sort of documentation was in place such that you knew exactly what pieces were played on that first program?

We wanted this program to be a bit nostalgic for the players, so each selection was taken from a particular concert that was sort a milestone or special event, such as the first concert, Mr. Evanson’s final concert, Dr. Fannin’s first concert, the 1999 Arkansas Bandmasters Association Annual Convention’s final concert, etc. We referenced the programs from those concerts. There was a lot of great music to select from, so this program went through several iterations before it was final. 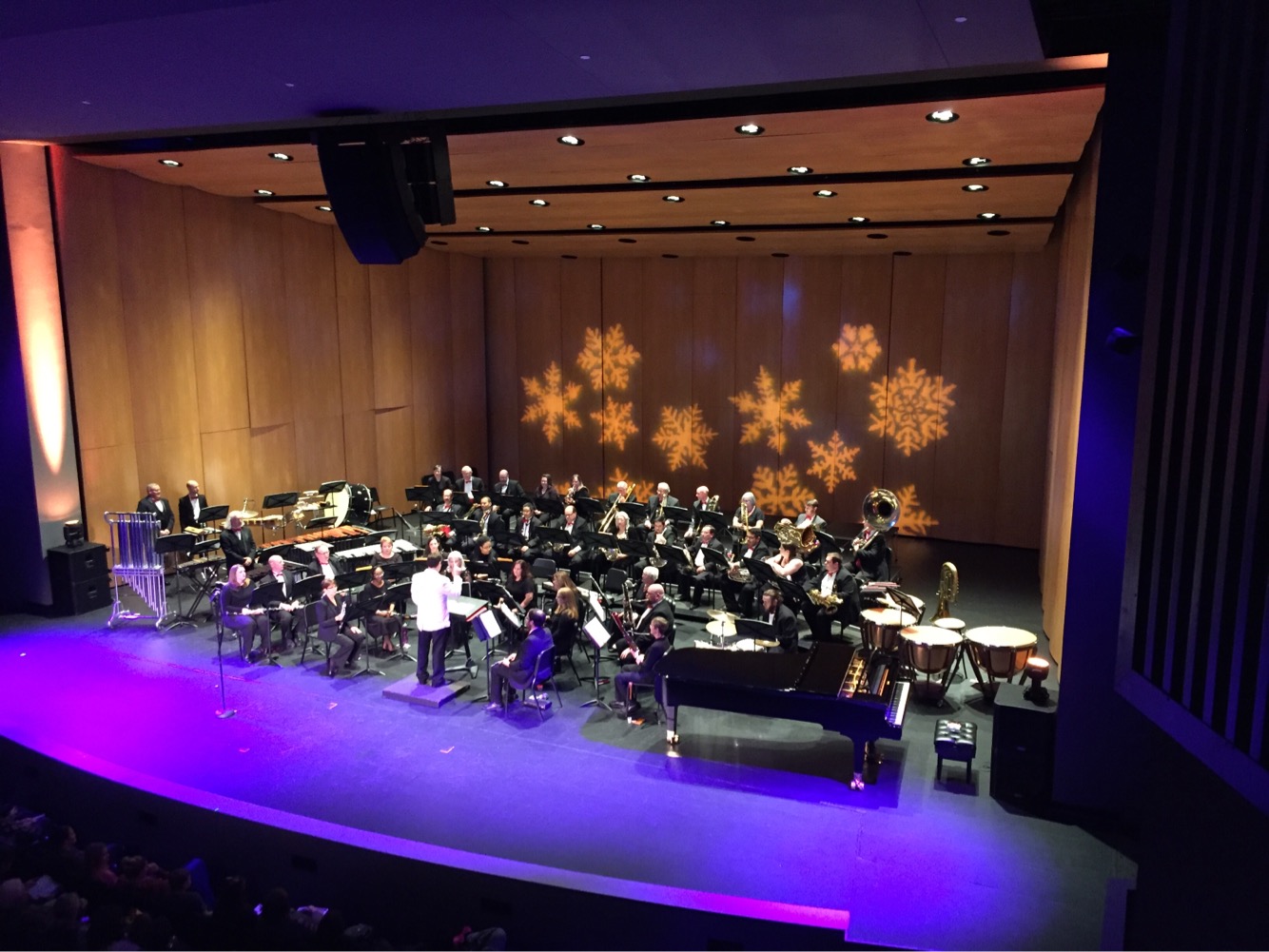 Jackie Lamar, the saxophonist playing Charles Booker, Jr.’s piece on this program, is one of only four female saxophonists to be full professors of the instrument. That surprised me. Have you all in your tenure with this ensemble and others, sensed a shift in the way orchestral ensembles have thought about the gender or ethnicity of its players over the years?

Oh, yes. When the LR Winds started in 1993, there was still a tendency and an attitude that all principal positions must be occupied by men. Auditions the first year were in the open, and all just about all principal players were men. That could have been coincidental or consequential. However, the second year, auditions were blind (that is, there was a panel between players and judges so judges would not know who was auditioning.) This resulted in a better balance between the numbers of men and women in the band.

When Dr. Fannin was hired to succeed Mr. Evanson, there was one male musician who resigned officially because of scheduling conflicts but then let it be known that he did not want to perform under a female conductor. In more recent years, it seems that we all focus on the best musician without concern about their gender, but this impression is anecdotal – we’ve not done any sort of research or survey.

What piece on the program do you think the wind players in your ensemble enjoy playing most, or look forward to on the rehearsal agenda?

This is hard to answer without a survey of the players, because all the pieces on the program are so great. There may be a bit more enthusiasm for “Blue Shades” by Frank Ticheli but “Lincolnshire Posy” is well-loved, too.