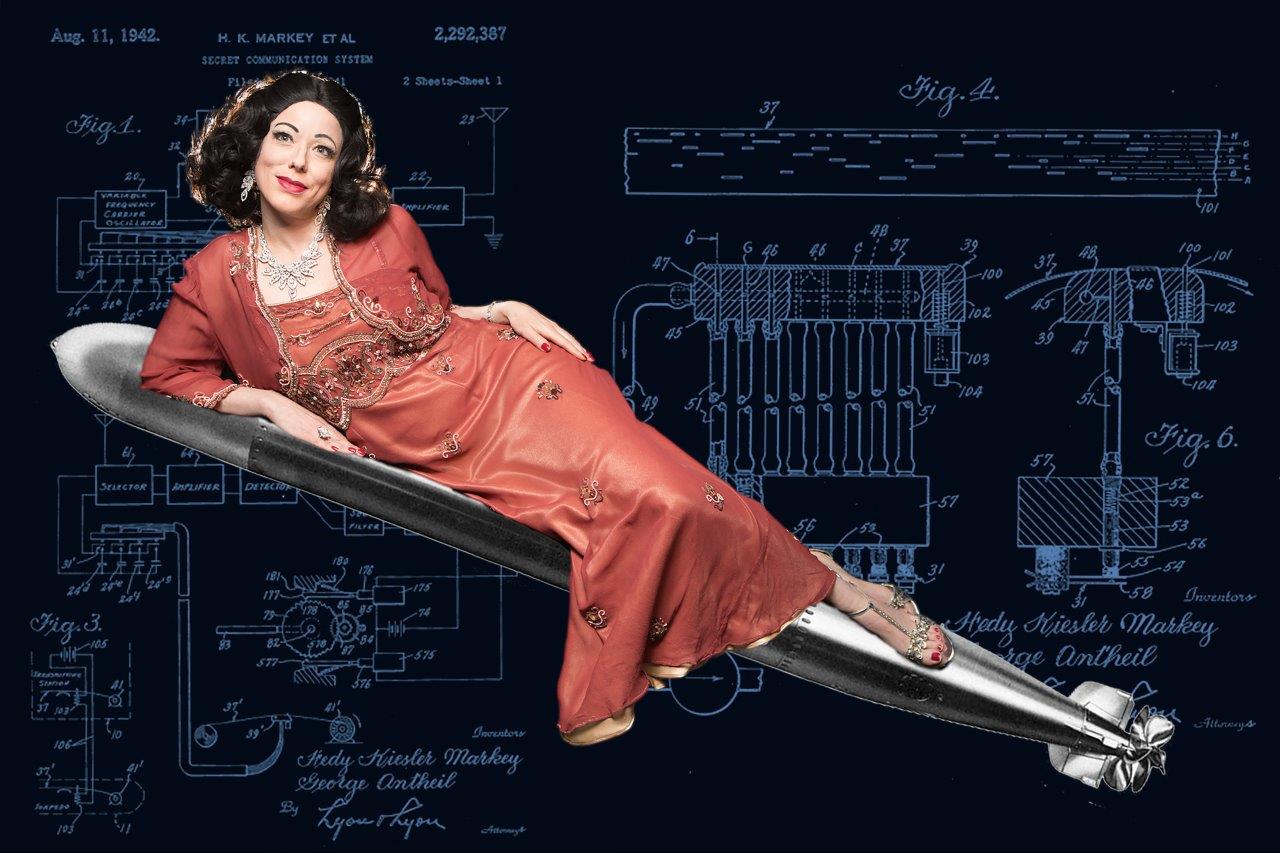 Al Foote III
Before performer Heather Massie enrolled at the Virginia Tech School of the Arts, she wanted to be an astronaut. That might make her uniquely qualified to embody Hedy Lamarr, a beauty queen and movie star who invented a technology called frequency hopping, initially meant to keep the Axis from spying on the Allies during World War II, but later used in the development of Bluetooth and other wireless communications. Massie’s one-woman play about Lamarr’s life is titled “Hedy! The Life & Inventions of Hedy Lamarr,” and is approaching its 100th performance, which takes place 7 p.m. Thursday, April 25 at the Argenta Community Theatre as part of partnership between the ACANSA Festival and The Women’s Foundation of Arkansas. We caught up with Massie ahead of that performance. Get tickets, $30, at acansa.org.

Why Hedy, and why now?

When I was in third grade, I decided I wanted to be an astronaut, an inventor or to work with animals. With the influence of the space shuttle program, being an astronaut quickly became the favorite, and I spent my years through high school focusing on math and science. I began my university studies at the University of Virginia in Astrophysics, and ended up with a Theatre Arts degree from the Virginia Tech School of the Arts.

As a professional actress, I have longed for a way to bring science into my art, and to work internationally. … When looking for a woman to feature, Hedy’s story rose to the top as being both vital and dramatically compelling. Her story is one that was forgotten to history; or rather, was never rightly known. …Throughout history, women have made countless contributions which have been lost or were attributed to others. When we discover these stories, it is imperative that we hold them up and celebrate them, so that we all have a clearer picture of the reality of the many ways in which women have created the world in which we live.

My mission with the play is to inspire audiences to find ways each day to make the world a better place, to encourage young women in science and technology, and to establish Hedy Lamarr as a role model for intelligence, ingenuity, and invention.

I understand that this play is one of a planned trilogy of plays celebrating the achievements of women in science. Do you know yet who will be the next subject?

I have begun work on the second of the trilogy, which will be Flying with Sally Ride: America’s First Woman in Space.

You play Hedy in the show, of course, but also the 33 other characters that interact with her. How?

I built the play with the audience in mind. I want Hedy’s incredible story to live and breathe for the audience. To do this, I found every way in which I could include other characters. I find that this is far more interesting than one person telling their story. It keeps the story vital for the audience, and also takes care of me as a performer in a long run.