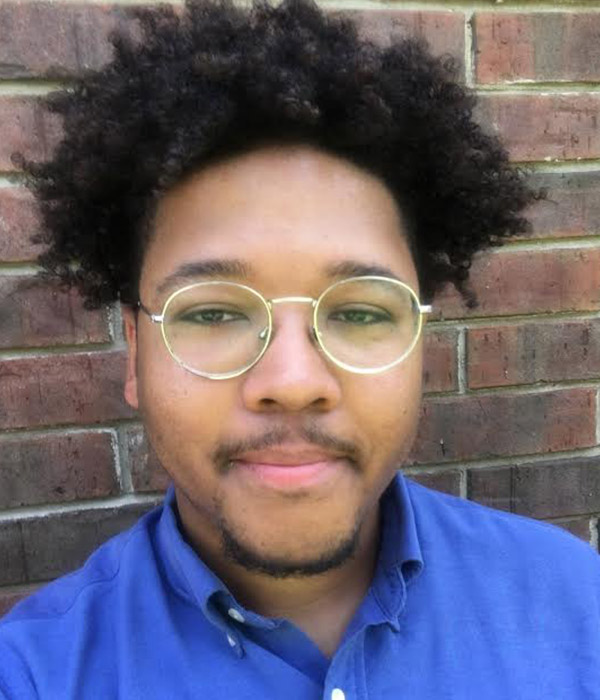 JUSTIN BRYANT: One of 16 Interchange Fellows.

Artist Justin Bryant has been named a fellow of the Mid-America Arts Alliance’s inaugural Interchange program, which supports artists’ projects focused on social impact. The fellowship includes a grant of $20,000, which Bryant will use to create the “Holman: A Living Archive” project to revitalize the historically black Holman HIgh School in Stuttgart.

The installation will include interviews with alumni, books and works produced by Bryant. It’s described on the Interchange website as a “radical gesture to create equity in a historically marginalized neighborhood.”

Bryant is a native of Stuttgart. He earned a BFA in studio art at UA Little Rock and an MFA in studio art at Louisiana State University. His exhibit last year at the Historic Arkansas Museum, “Survival Apparatus,” featured half-realized portraits, referring to what he described as the black person’s survival technique of concealing feelings, made on the covers of books. The drawings were in response to Maya Angelou’s poem “Mask”: “We wear the mask that grins and lies./It shades our cheeks and hides our eyes. …” In his recent work, the Interchange site says, Bryant “uses found objects, painting, drawing and video to suggest a fugitive notion of blackness.” He has a show coming up in November at Thea Arts Foundation.

The inaugural group includes 16 grantees. The program is funded by the Andrew W. Mellon Foundation.