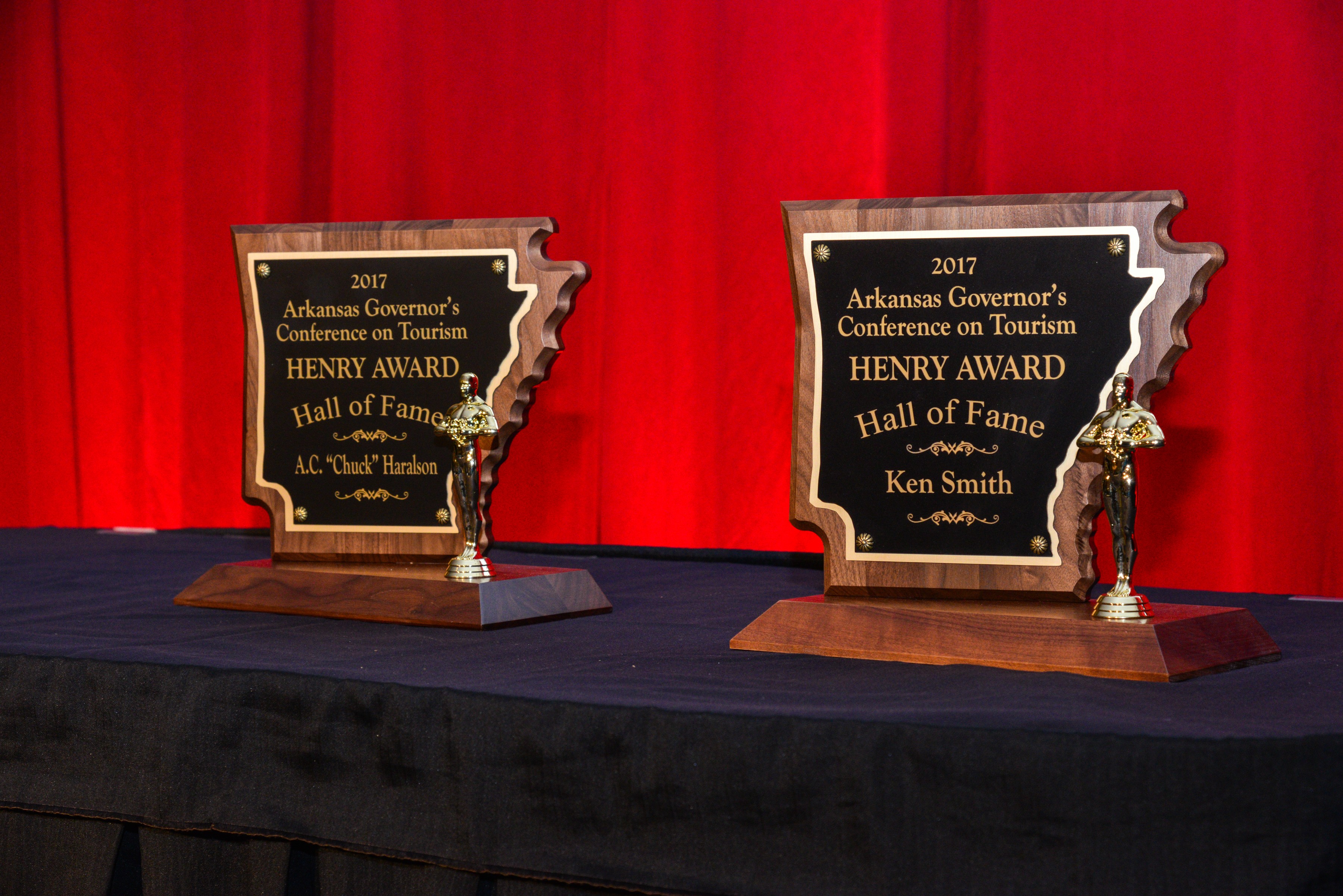 Chuck Haralson, former chief photographer for the Arkansas Department of Parks and Tourism, and author Ken Smith were inducted into the Arkansas Tourism Hall of Fame during a luncheon at the 43rd annual Governor’s Conference on Tourism in Little Rock.

The Hall of Fame honor is presented annually to an individual or individuals who have been actively involved in tourism for many years and who have made substantial contributions to the betterment of the industry as a whole.

Haralson joined the Arkansas Department of Parks and Tourism in 1977 as a darkroom technician and in 1982 assumed the position of chief photographer. For more than 30 years, he traveled the state to capture Arkansas’s scenic natural beauty, travel attractions, cities and regions, natural and historic resources, outdoor and cultural activities, festivals and special events, wildlife, flora and fauna. Thousands of his photographs are included in Arkansas’s vast photo library, which supports the state’s travel and tourism industry. Haralson’s work has appeared in National Geographic Traveler, Audubon Magazine, Southern Living, Better Homes and Gardens, Women’s Day, the New York Times, Chicago Tribune and Los Angeles Times. Arkansas textbooks include his work, along with billboards, postcards and calendars. 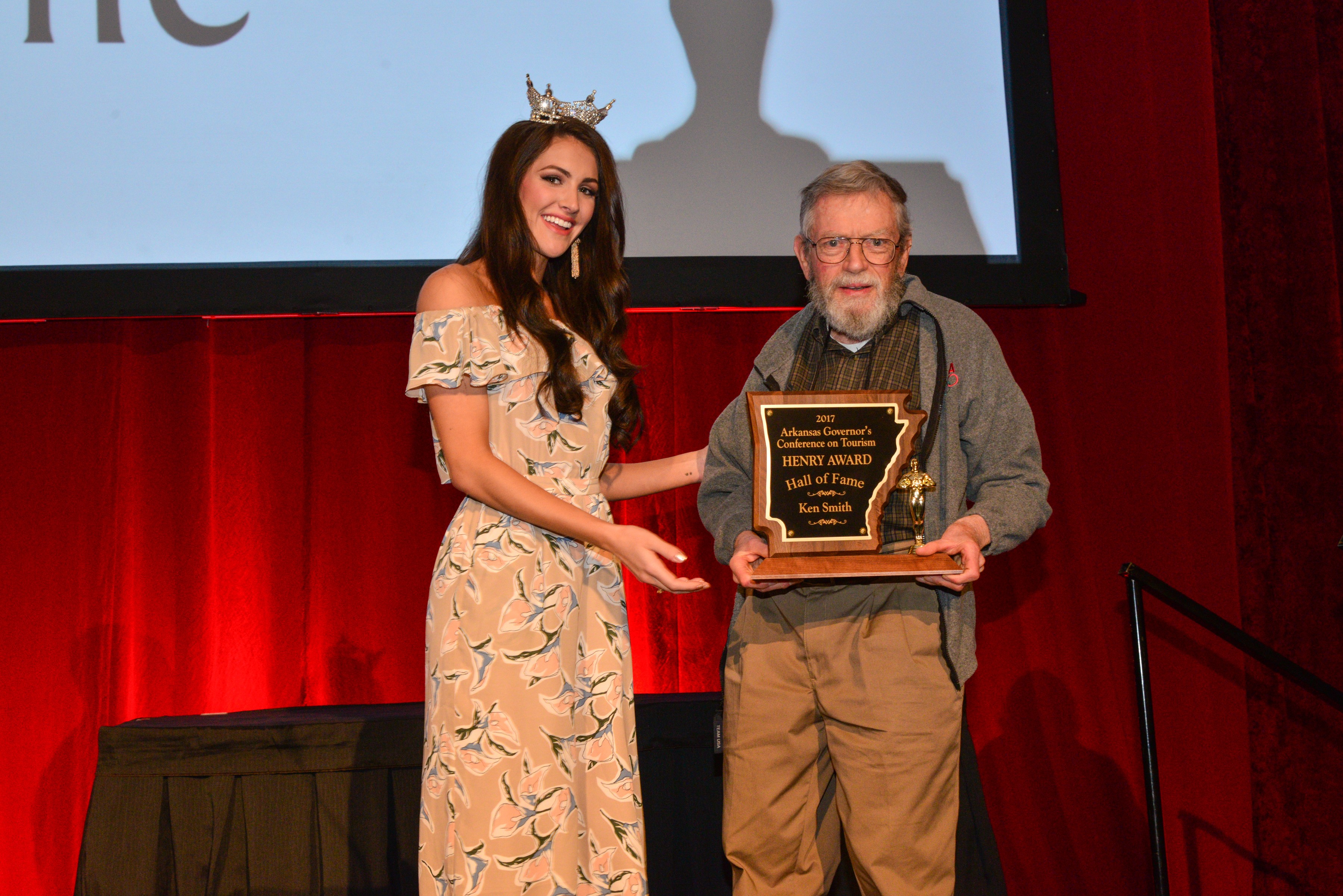 Smith is the author of Buffalo River Country and the Buffalo River Handbook, two landmark publications that played an integral role in achieving the Buffalo’s designation as a National River and creating a tourism industry around this natural resource. Smith has dedicated his life to tireless advocacy on behalf of the Buffalo, devoting countless hours to building trails and promoting conservation of the river. He was formerly a civil engineer and park planner for the National Park Service from 1962 to 1974 and education director for The Ozark Society from 1974 to 1977. Since that time, he has worked as a freelance writer, photographer and researcher and is a leader of the Buffalo River Foundation.

For information on the Arkansas Tourism Hall of Fame Awards, contact Kristine Puckett at 501-682-5240.